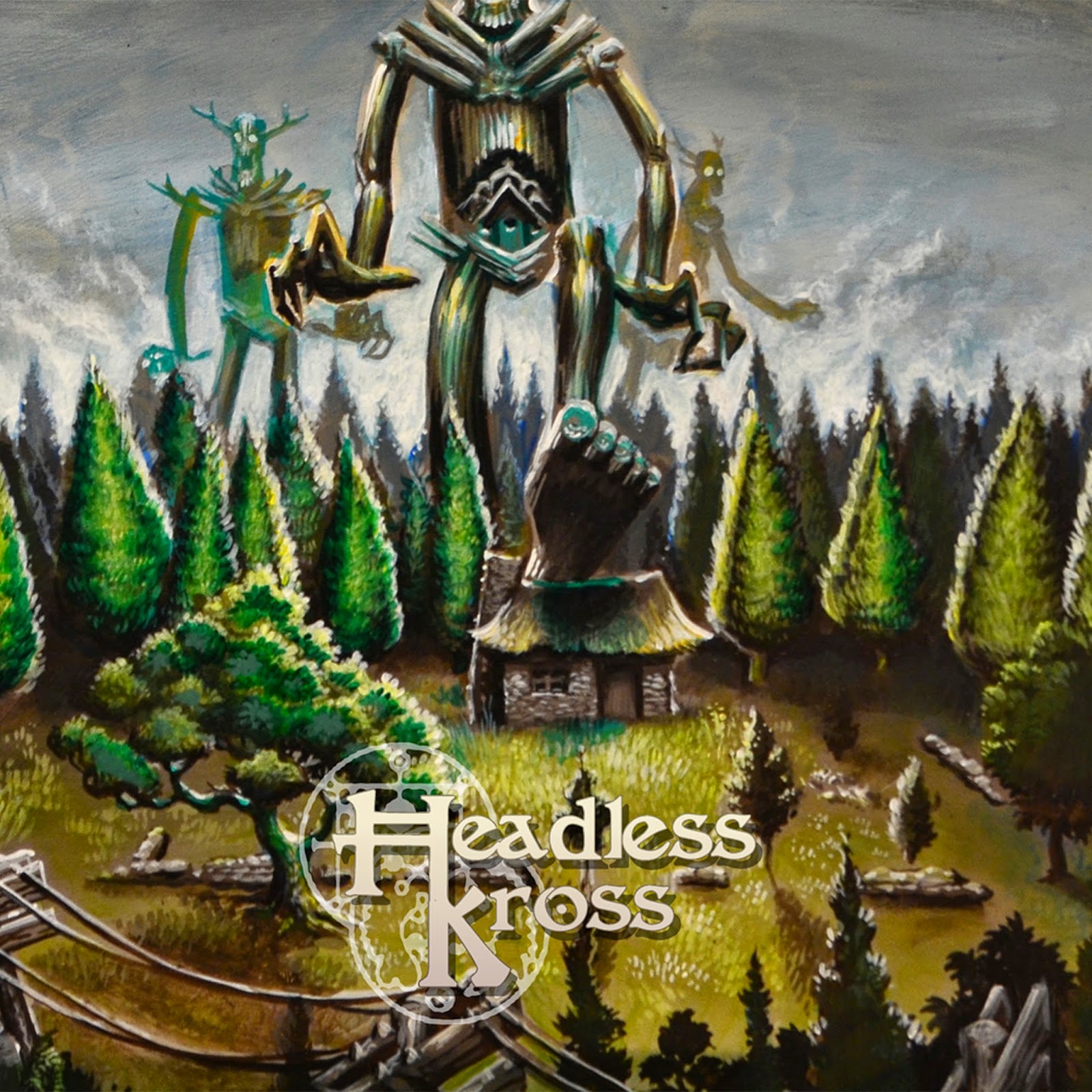 The Scottish three-piece that is Headless Kross have been putting on some great live shows and putting out albums to match since starting back in 2011, but with their new album, the group has laid down a clear challenge to all the bands with whom they might share a stage.  Consisting of just three tracks, but stretching out to three-quarters of an hour, Volumes finds Headless Kross spooling out heavy clouds of fuzz, feedback, and grimy tones punctured and punctuated by the powerful drum-beats, and clearly not giving a damn when it comes to holding back.
"Rural Juror" is the biggest of the three, staking out a territory of 20+ minutes, and the band's gambit of throwing it right at the listener with the start of the album has the helpful effect of tenderizing your ears for the shorter stuff by way of the steady main riff's off-shoots and the aggression of the vocals.  "Who Is This Who Is Coming" and "Even The Destroyed Things Have Been Destroyed" make up side B, following in the riff worship rituals with their own distinctive onslaughts, going wilder and more psychedelic.  It's some high-quality stuff all around, with the rough FX of the guitar blazing almost out of control in the ripping and howls, and it makes for an album to be played as loudly as you can manage.  One of the stronger contenders for album of the year so far.
~ Gabriel