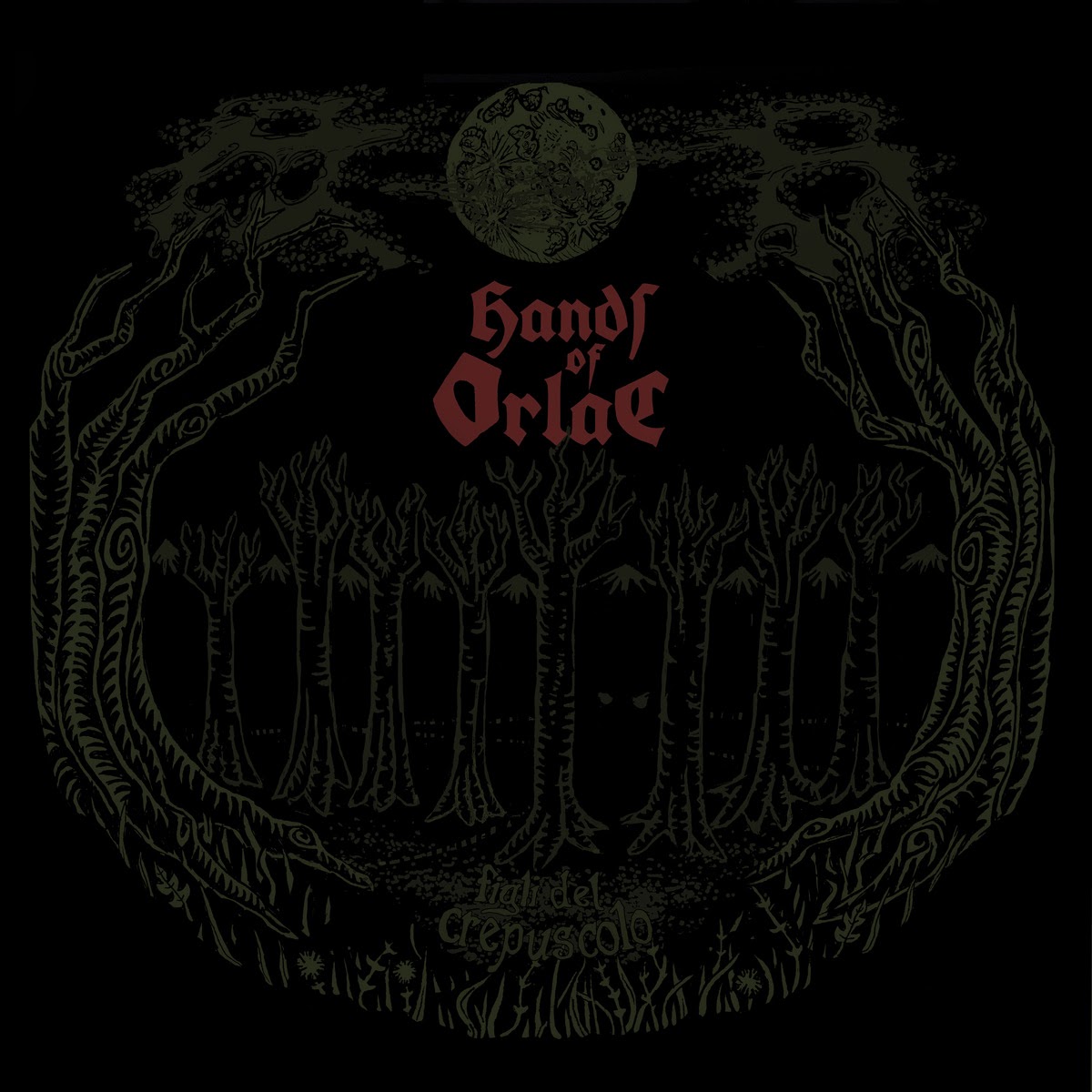 Following up on their self-titled debut from 2011, Hands Of Orlac have relocated from Italy to Sweden and put together this new one, which translates to 'Children of the Dusk'.  With that suitably doomy moniker established, it's on into the album, which opens up with the near-title track "I figli del crepuscolo", a quick intro piece with horror-styled synths warbling away, then pushes the listener right off a cliff into "Last Fatal Drop".  The guitar busts its way in, the drums get snapping, and the doom works back and forth between metal and rock, taking time for sharp solos while holding onto the heavy essentials.  The next pair of tracks, "Burning" and "A Coin in the Heart" stretch out their durations a bit more, giving the band plenty of room to dig deep into the riffs and explore their possibilities, which they follow to some uncommon destinations.
"Noctua" drops back a little shorter, though it keeps the far-reaching ambition alive in its arrangement and the extra touches, then it's back to long-form for the finishers, "A Ghost Story" and "Mill of the Stone Women".  The album has such a natural flow from the first side to the last, and from each song to the next, as to really call for appreciation of the long work put in by the band.  The album gets a lot of mileage from putting different aspects of '70s heavy metal and traditional doom up against each other, but it's the strong expression of their own character in the moods of the songs that cements their standing.  One for those who dig hearing modern bands honoring their forerunners, Figli del Crepuscolo is currently available on purple (200 copies) and black vinyl from Horror Records, with CD and tape versions through Terror From Hell Records.
~ Gabriel

For Fans Of;    Mist, Below, Ghost, Valkyrie, Candlemass