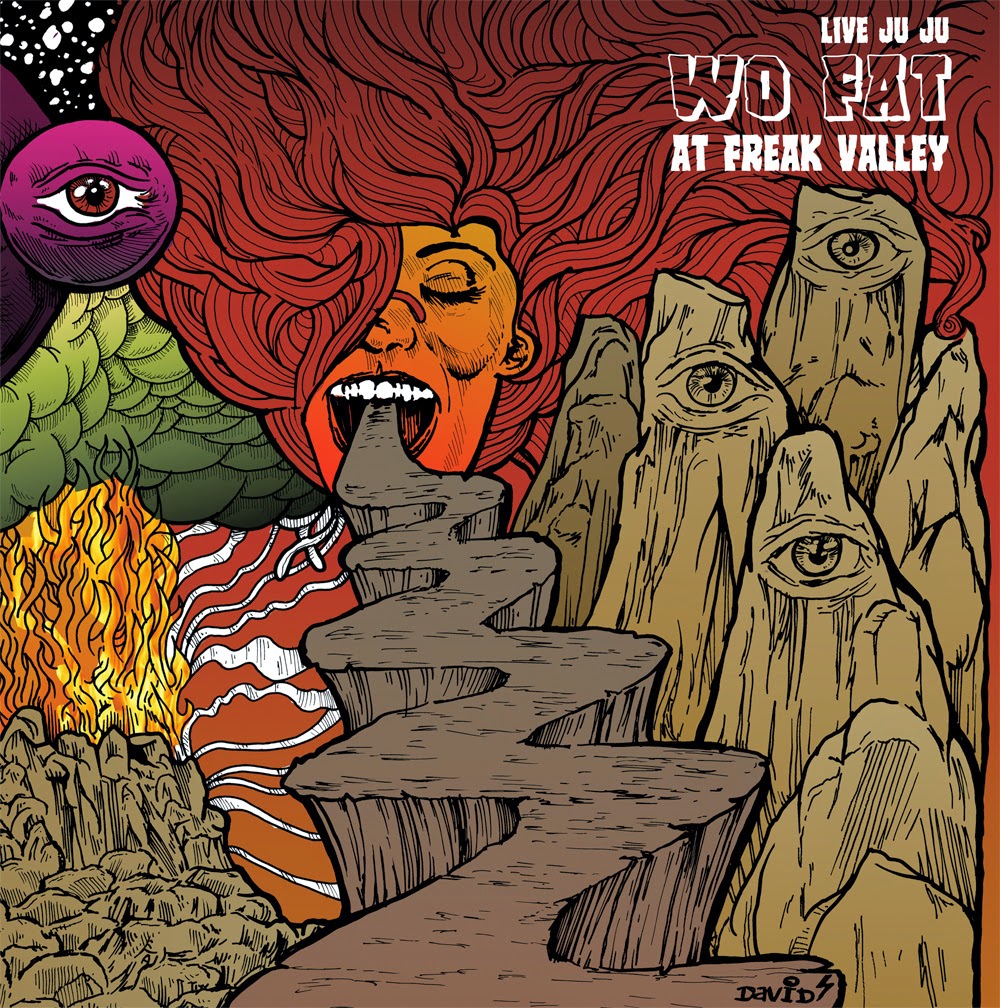 Wo Fat have been kicking around for about a decade now, and the time has finally come for a non-bootleg live show album to be put out by the band.  Over the five live show tracks, the group pulls from their last four albums (sorry, fans of The Gathering Dark), then throws in a bonus studio jam at the end.  If you've heard Wo Fat's music before, you know what to expect, with the fuzz, bass, and grooves, but hearing the band lay out the massive songs live is a treat, with the rough edges only adding to the experience.  Jolting feedback twitches, sharper buzzes, and the whistles & screams of the crowd makes it easy to visualize the trio on-stage, immersed in their sounds.  As wild as it gets, Wo Fat always seem to have the music under control (at times, just barely), and the confident performance makes the transition between absorptive freak-out passages and more grounded vocal sections go just fine.
At the end of the day, if you're a stoner/desert/heavy psych rock/metal fan who isn't opposed to live albums for whatever reason, you'll want to give this one a shot.  Digital versions are for sale (currently $10) on the BandCamp page, where you also have the option of picking up a vinyl copy (of a 500-piece run), or if you're undecided, to just stream the songs until you're convinced.  Enjoy!
~ Gabriel