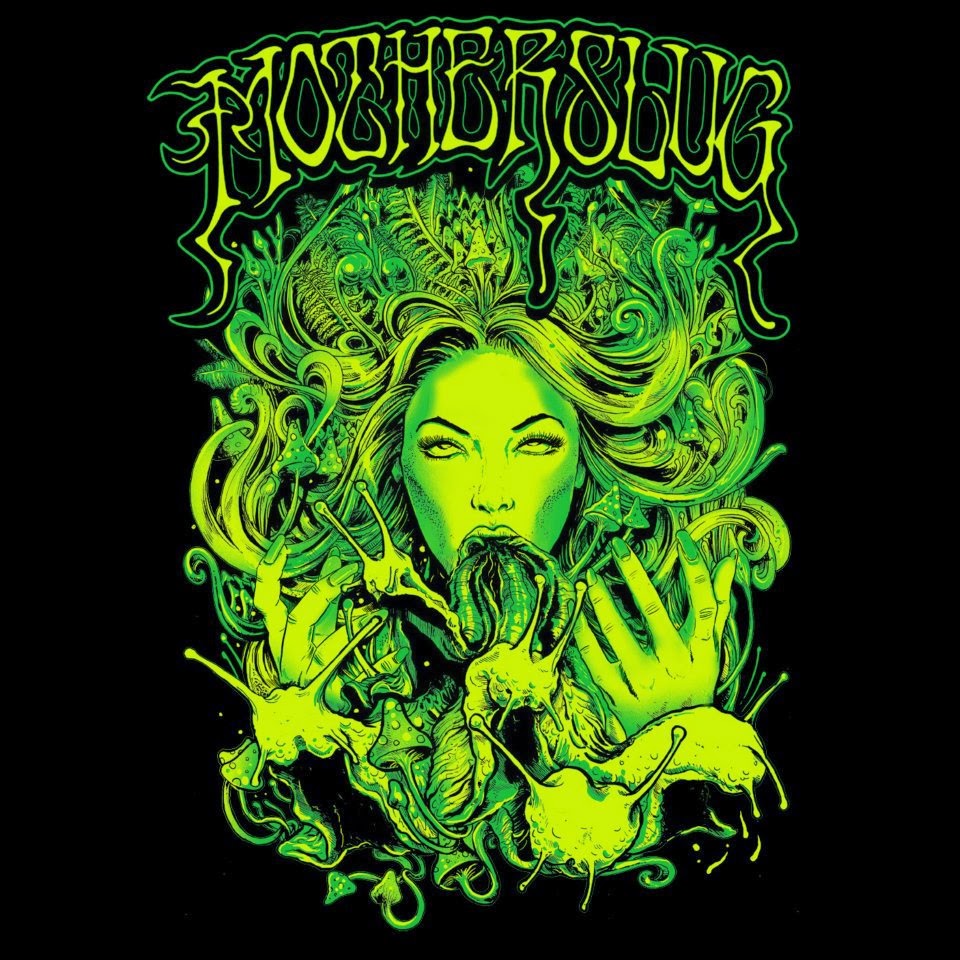 With two EPs and a number of live gigs to their name already, Australia's stoner doom quintet of Motherslug are ready to slither their way into your ears with their debut full-length, which will also serve as the first release from No Slip Records once June rolls around.  The band gets their show on the road with "Devils Rise", which mixes standard doom metal with some desert attitude and tones, with some ambush beat-downs lurking in the shadows.  That mixture of styles is maintained with some twists across the album's ride of cracked earth and open skies, and while there's nothing to knock about the vocalist's performance, the song sections in which the band just tears away on feedback and reverb do have a fun habit of stealing the show.
While I haven't yet heard the band's earlier material (something I'll soon fix), one of the most engaging parts of the music was how the band demonstrated their familiarity with each other's musical character, playing up each other's strengths without distracting from the main force of the song.  With three tracks filling each side, the album is a solid chunk of sound, and something likely to please most fans of doom metal with a slightly sun-burned vibe.  300 vinyl copies will be available from No Slip Records, though the band might have a few should you be lucky enough to catch one of their shows, so go ahead and give the band a listen before the chance to get one is out of your hands.
~ Gabriel