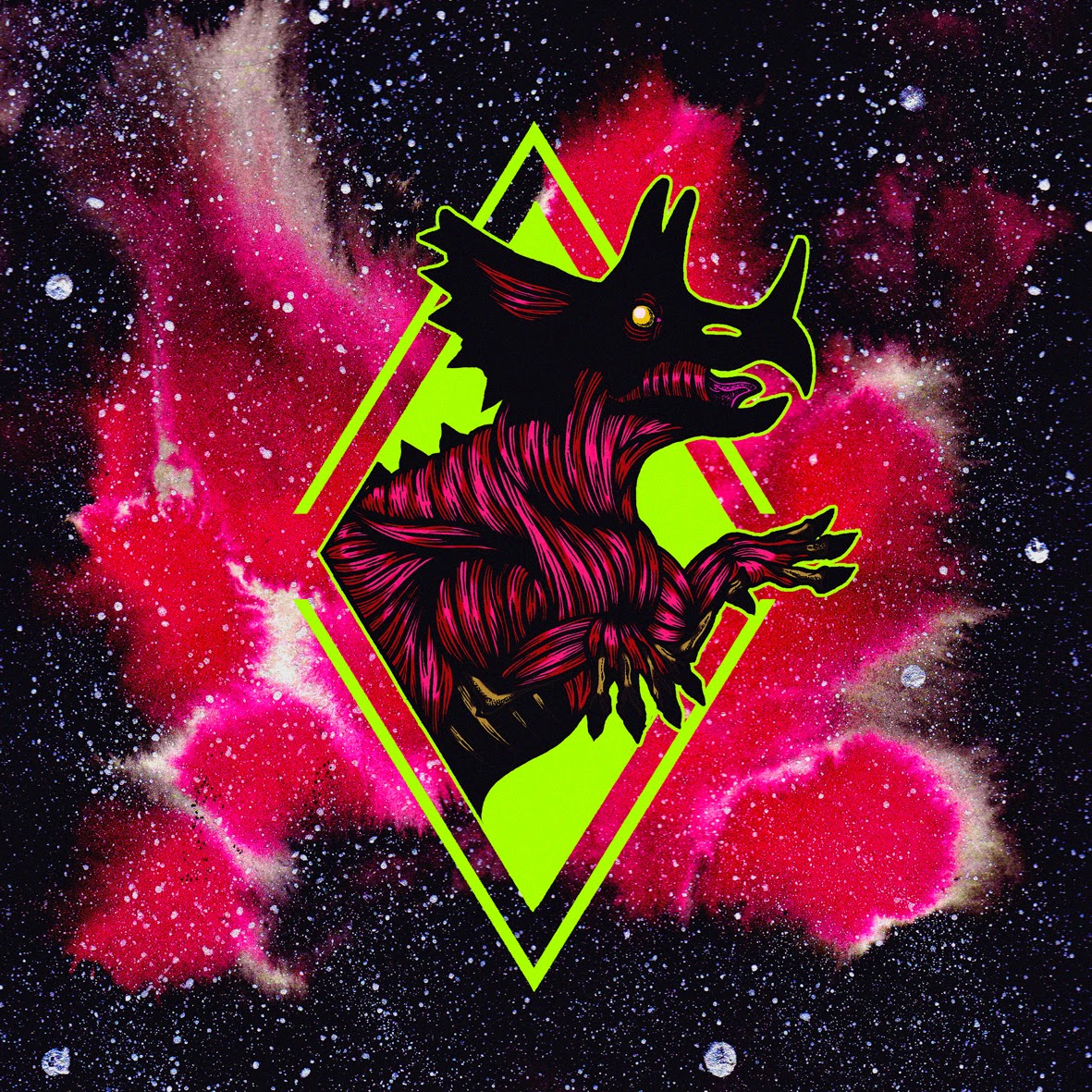 South Wales' V A I L S are a two-piece with an urge towards musical experimentation, and on this debut EP, the pair shows their fondness for sludge with some understated humor.  Well, aside from the neon dinosaur on the cover, but beyond that, there's the song titles, with names like "Megatron's Telethon" and "Don't Poke The Bear" serving as a clearer statement of what the distorted vocals deliver.  Aside from "Don't Poke The Bear", which closes out the EP, the songs are all under the five-minute mark, letting the band spurt out different takes on their heavy groove base in rapid succession.  All of them work, and also hint at how the band might further develop on future releases (though the wild energy suggests they could just as easily throw everybody for a loop with something completely different next time around).
The EP is getting a 100-copy run on CD courtesy of When Planets Collide, and the first 50 or so come with an exclusive patch of the band's name, done all dino-like, so turn up your speakers and bang your head for the first few plays until you're ready to order a copy.  Do it fast enough, and we might even see a vinyl release in the works.  And hey, you know it'll be a better use of money than going to see Jurassic World.
~ Gabriel