Where the Dark Ones Go 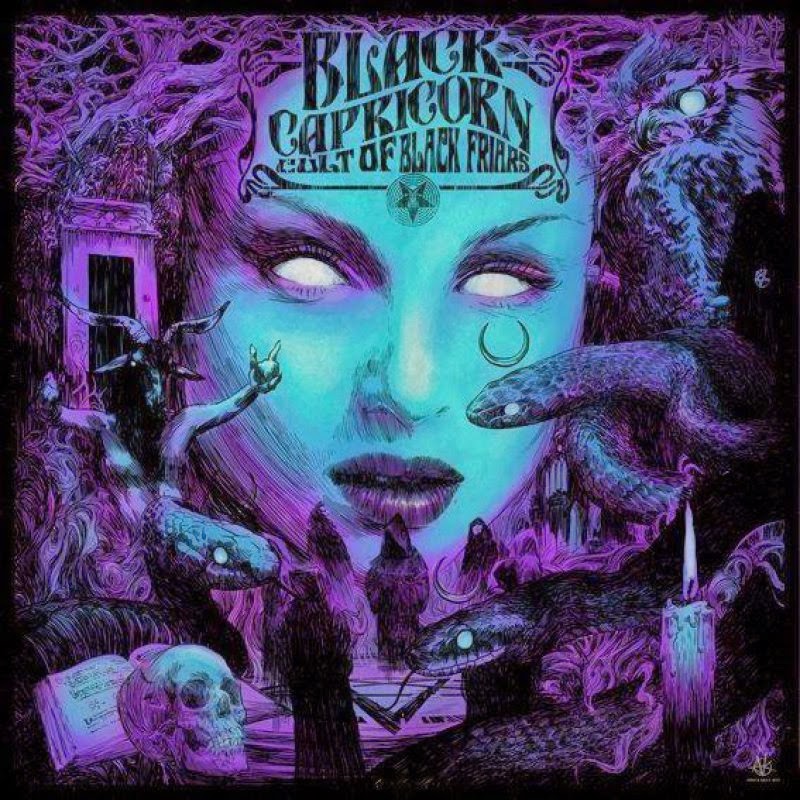 After a few days of stoner rock, I figured it was time for some doom. We have Black Capricorn's "Cult of Black Friars" up this time around, released towards the end of last year it definitely slipped under the radar for quite a few of us. With the track record of Italian doom bands lately, it's not really much of a shock that the entire album is a bold and heavy psych influenced doom metal epic. This being their first release in a while, they've come back with an LP full of new material that's probably some of their best yet. While most of the songs have the tried and true doom recipe of low, slow and heavier than hell, others tread off the beaten path a bit and explores the psych side of things some, with a dose of fuzz thrown in here and there. The sixth track "Cat People" is one of those, really strolling off on to a doomy psych fuzz tangent part of the way through. The title track is the textbook definition of what a doom metal song should be on the other hand, with the long and slow riffs that seem to pummel you for minutes instead of seconds at a time. The opener "Atomium" was an early favorite of mine though, with a raw and dark tone the main riff takes a few moments to get going, but after that it's a instrumental assault of doom that drives everything forward and sets the dark, gritty vibe that emanates from the rest of the album. While I haven't been able to find anything about a digital version for sale anywhere, you can head over to their website and find the  links you need to order the album from just about anywhere in the world.
~Skip