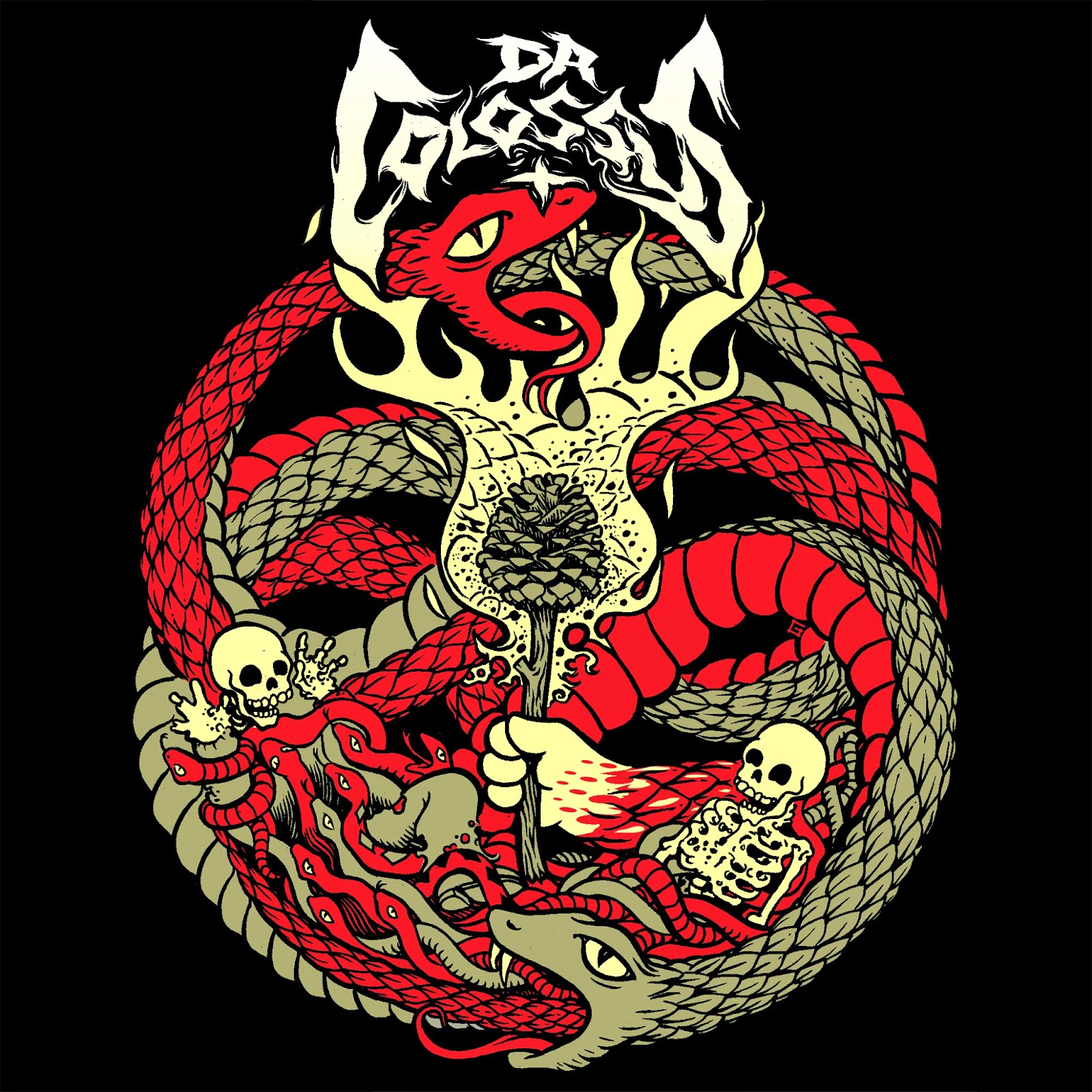 If ever I had an excuse to drop all the shit thats been keeping me away from here for the last 15 months or so then this is truly it. The return of one my favourite Aussie bands and pioneers of blues influenced stoner doom with a vocal content exclusively dealing with a beloved animated tv program. A slightly niche avenue of genre I know. If you didn't catch my review of the duo's first EP, then go here now. I'll wait.
Done?
Good, lets crack on.

It's safe to say these guys made quite the impression on me with their first release IV. A quick perusal of my iTunes will show that all three tracks sit firmly at the very top of my 25 most played and it's a pretty safe bet that this new three will be clawing their way up in hot pursuit. Hell, it's only been a few hours since the release went live and they've already racked up double digits. Yeah, did I mention I really love this band?
So in my previous review I made a comparison and described Dr. Colossus as being like the Mark 'Chopper' Read's of the music world. Mainly down to their ability to be essentially light hearted yet possess the means to suddenly turn and tear your face off. Metaphorically, speaking of course. I've no doubt both Jono and Nath are upstanding members of their respective communities, and to the best of my knowledge neither have ever shanked anyone in a prison court yard or hacked off their own ears (Google Mark Read if you don't get that reference). Nonetheless, I still stand by my original statement, as once again right from the outset you're lulled into a somewhat false sense of security before being repeatedly pounded about the head with a sonic assault of thunderous riffs and crushing drums. Shut Up & Eat Your Pinecone begins with a quintessential stoner lick, reminiscent of early Sleep, underlying the first verse before the chorus kicks in, the reverb cranks up and you're met with an overwhelming urge to head bang, air drum to every one of Nath's hits and roar the songs title at the top of your lungs. As it turns out this has proven pretty troublesome while driving as I have almost discovered to my detriment. Not that it needs to be said, but this hypnotic marriage of down tuned guitar, drums and killer vocals isn't a mere flash in the pan, it well and truly extends to track two, the brilliantly titled Whack Sabbath - to which I defy anyone to resist the urge to air guitar and sing along to the chorus. Seriously, Iommi himself would be proud to have conjured such riffage.

But man can't live on riffs and thumping drums alone... Granted, Karma to Burn have done pretty well out of such a formula, but sod all that for now, because when it comes to lyrics this is where Colossus really bring their A game, and no track proves this more than the third and final track and the return of Mono. Easily one of my favourite songs, not just from these guys, but anyone. This live version still absolutely slays and to my mind at least still contains some of the best stoner/doom lyrics ever slapped onto tape. So much so that you know what? I'm gonna put them here...


Bleeding money with a silver tongue,
Fooling people with a smile,
Rats to slaughter by your tainted song,
Killing slowly, single file

Monorail take me higher,
Far beyond the solar fire

Monorail take me higher,
Far beyond the solar fire,
Leave behind this mortal plane,
Bury Springfield in your flame

Sorry, but even if Bob Dylan went all doom on us and began filling his days with nothing but Saint Vitus and the writings of Matt Groening he couldn't beat that.

So if you've not been sold on this awesome Aussie duo already, then bollocks to you, you're a lost cause. If on the other hand you've a brain in your nut then head on over to their bandcamp page and preorder the new single on red vinyl. There's only going to be 150 of these beauties pressed so don't snooze! You won't find a more satisfying 7 inches!... Unless your going to fork extra out for batteries and into that kind of shit.


For Fans Of; Sleep, Electric Wizard, Karma To Burn, Down, Crypt Trip