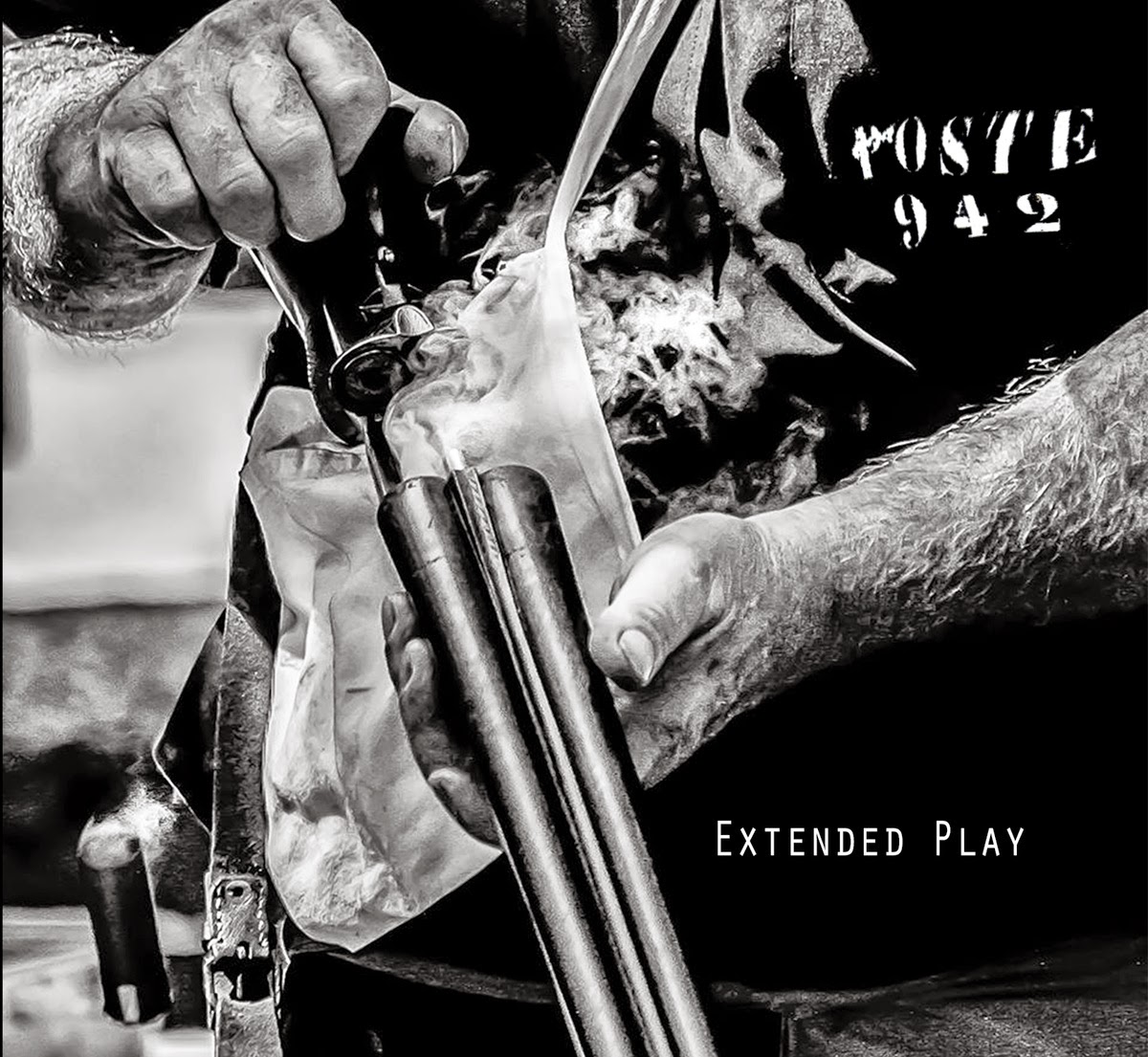 From southern France comes Poste 942, a new heavy rock band to get things rolling. Melding sounds of stoner rock, heavy blues rock, and some modern hard rock, it's a interesting mix that you don't hear done this way all of the time. Massive riffs that swell and recede like a flood stricken river, with the rumbling of the bass guitar and drums rolling in like a storm front. With this being their debut effort, you expect the band to still be in the process of finding their sound and unique voice, the normal things you see new bands going through. You don't have any of those sorts of problem it would seem. Sounding like a heavy handed mixture of Clutch and Kyuss, the twangy fuzz riffs start up loud and stay that way. I was really into the second track "Miss You Like the Devil" on the very first play through. Starting off with a scratchy guitar info and some crashes, it doesn't take long before a huge, crunch riff starts cranking up. The song ramps up into a swinging rock song with somewhat of a 70's vibe, with raw and edgy vocals taking center stage. The deep drumming in certain parts of this one almost take on a tribal quality, adding a lot of low end rumble and making the track sound even bigger than it already did. At only five tracks, it may not seem like much on the surface of things, but that old adage of "don't judge a book by its cover" holds true once again. Give it a chance and check it out on bandcamp where you can give it a listen, then make your final verdict. If you're a fan of that classic stoner rock sound, then the infectious riffs all over this one will have you hooked in no time.
~Skip


For Fans Of; Clutch, Kyuss, Planet of Zeus, Midnight Ghost Train, The Dallaz