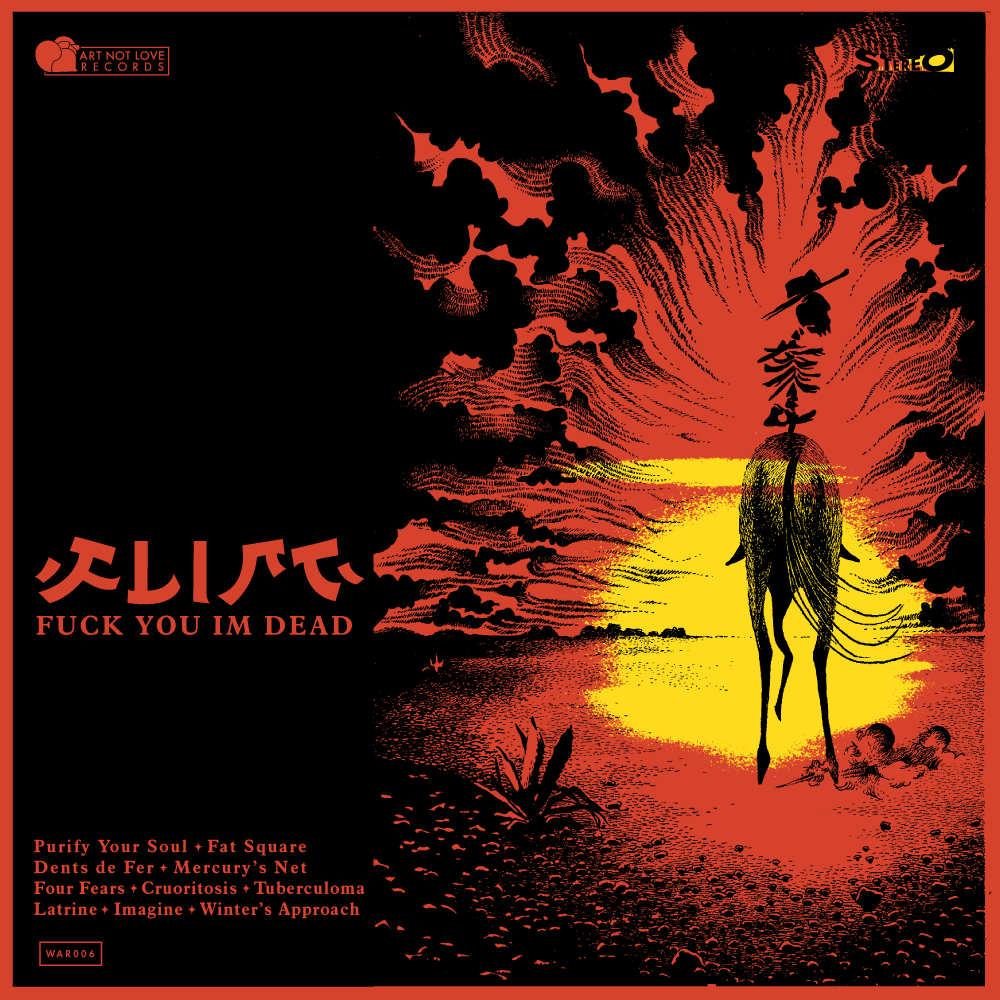 This is the first album to come from the brainstorms of ¡FLIST!, a project led by Montreal-based musician/visual artist Charlie Twitch with support from Peggy Hogan and Nick Schofield.  Their style on this first release purees together elements from doom, be-bop, industrial, drone, and more; in what might be a nod to the influence of Foetus on shaping the sounds, ¡FLIST!'s name appears in katakana on the album cover.  Mixing sardonicism with mocking exuberance as freely as the other pieces of the stylistic mosaic, Twitch's presence lurks between the beats of the music until the time comes for him to rush through the speakers or headphones out at his audience.
The variety of influences and embracing of electronic instrumentation might turn off some listeners with rigid standards of what is and is not acceptable use of doom flavor, but while ¡FLIST!'s incarnation is wholly their own, the list of bands that could be pointed to as fore-runners is quite a lengthy one (though the best of them had their hey-day in the '80s).  With 21st-century technology and today's nightmarish global situations at his disposal for inspiration and interpretation, Twitch summons up a twisting ride of sudden drops and spasms, mood swings and jags of manic depression.  One for those looking to expand their horizons, or followers of Eskaton/Brainwashed/Cold Meat Industries and similar record labels.
~ Gabriel