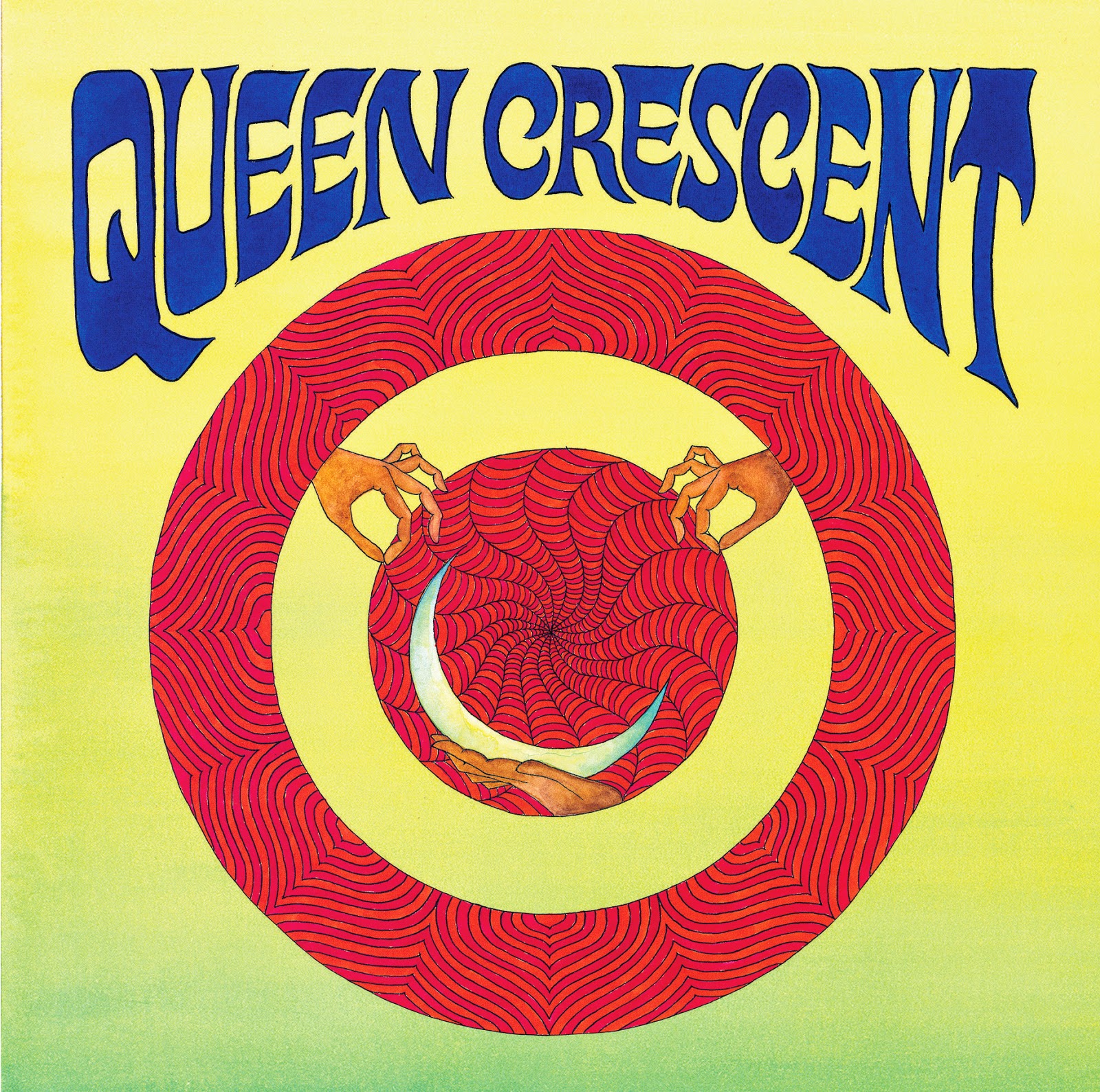 Queen Crescent are a new group from near the Bay area of San Fran/Oakland, so right off the bat, there's the thought that they might be swinging some heavy psychedelic sound.  The first track on their debut album nods to that expectation/suspicion with the title "In the Court of the Crescent Queen" (and if you don't get that reference, I don't know what to say, aside from 'keep trying out unfamiliar bands'), which takes the implied structuralism, indulges in it for the song's short duration, and then throws it under the heavy-duty wheels of "Majic Moonjynuh".  This track is the one that introduces the band's primary colors, bristling with creative drumming, keyboard and flute flourishes, strings that bend this way and that, and vocals with a range from sardonic growls to spirited soaring.  It's one to get the crowds at live gigs moving on the floor for sure, covering the sway-in-place types, the head-bangers, and the more physically-demonstrative attendees as well.
The album flows freely from there, moving through "Culture Vulture" and "Ancestors" with rising energy in ever-changing forms that hold on to melody and harmony no matter how much they're contorted.  "Black Acid" lets the drummer really cut loose, with fills and transitions that will get your spine twitching to the beat while the bass rumbles like a diesel truck and the vocals fly higher still; it's not what I'd associate with the song's namesake, but the song's lively can't-hold-me-down style still has plenty of bite to it.
By the time QC reaches "Waking the Tigress", they've effectively burned down the sense that listeners can predict what's going to come next from the quartet.  I'll leave the opening sounds of that track as a surprise for the album's arrival sometime this month, but suffice it to say, it sets the perfect mood for the song's relaxed floating through sustained string tones and shiver-inducing flute exhalations.  As "I Wish a Motherfucka Would" arrives to bring things to a close, the group shakes off their sedation, kicks back into high gear, and hauls ass through a typhoon of their established style.  Not a song on the album feels underdone, and the care with which QC handle the music's momentum does the group honors.  A very fine first album, and one which fans of heavy psychedelic rock should not allow themselves to miss.
~ Gabriel

For Fans Of;    Jess and the Ancient Ones, Ultimate Spinach, Fear Itself, 13th Floor Elevators, Ten Years After