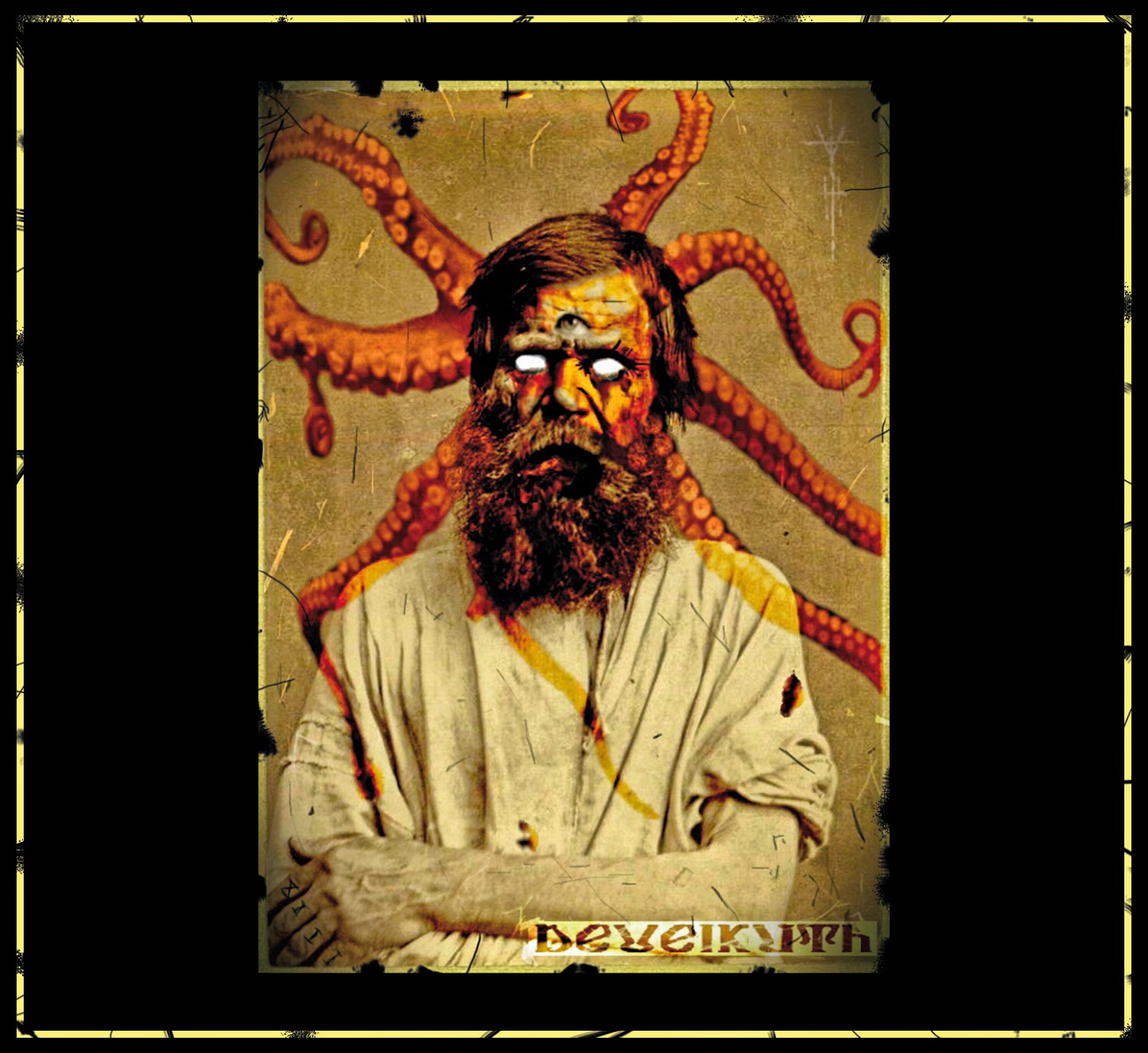 Deveikuth have been burning away underground for a few years now, putting out the massive double-track release of XIII-IX in 2013 and contributing the track "II" to a split with Drog last year.  Their virulent doom is breaking further ground and new numbers in 2015 with this album of three songs totaling an hour of goosebump-inducing dark sounds.  It's an album of nothing but title tracks, which is something that comes around so rarely it just felt worth noting.
The music rumbles into motion with "VII", a thick morass of low-end feedback, slow-measured percussive beats, and ethereal vocals providing a glimpse of something escaping the audio tar pit, contrasted with rough shrieks once the tone has been set.  As the howls from strings and throat draw to their finish, "π" picks up, providing the album's center with an appropriately irrational bout of madness.  The tonal resonance takes focus from the start, glowering and undulating while the drum and cymbals fall into place like drops of mercury.
Lastly, "III" gurgles into action with even more acerbic sounds, scratching away at harsh feedback and inarticulated wails while unloading heavy chord drops that ring out like some unearthly and gigantic bells.  While it's difficult to pick out specific moments in the tracks, that's only because Deveikuth hit their groove and hit it hard, catching listeners in a sonic undertow to drag them into the unseen depths.  The band's crushing waves of sound are largely unrelenting, with just a few moments of peace slipped in to keep the ears raw before getting brutalized again.  It's heavy, hellish, and superbly crafted to get under your skin and into your nerves.
~ Gabriel