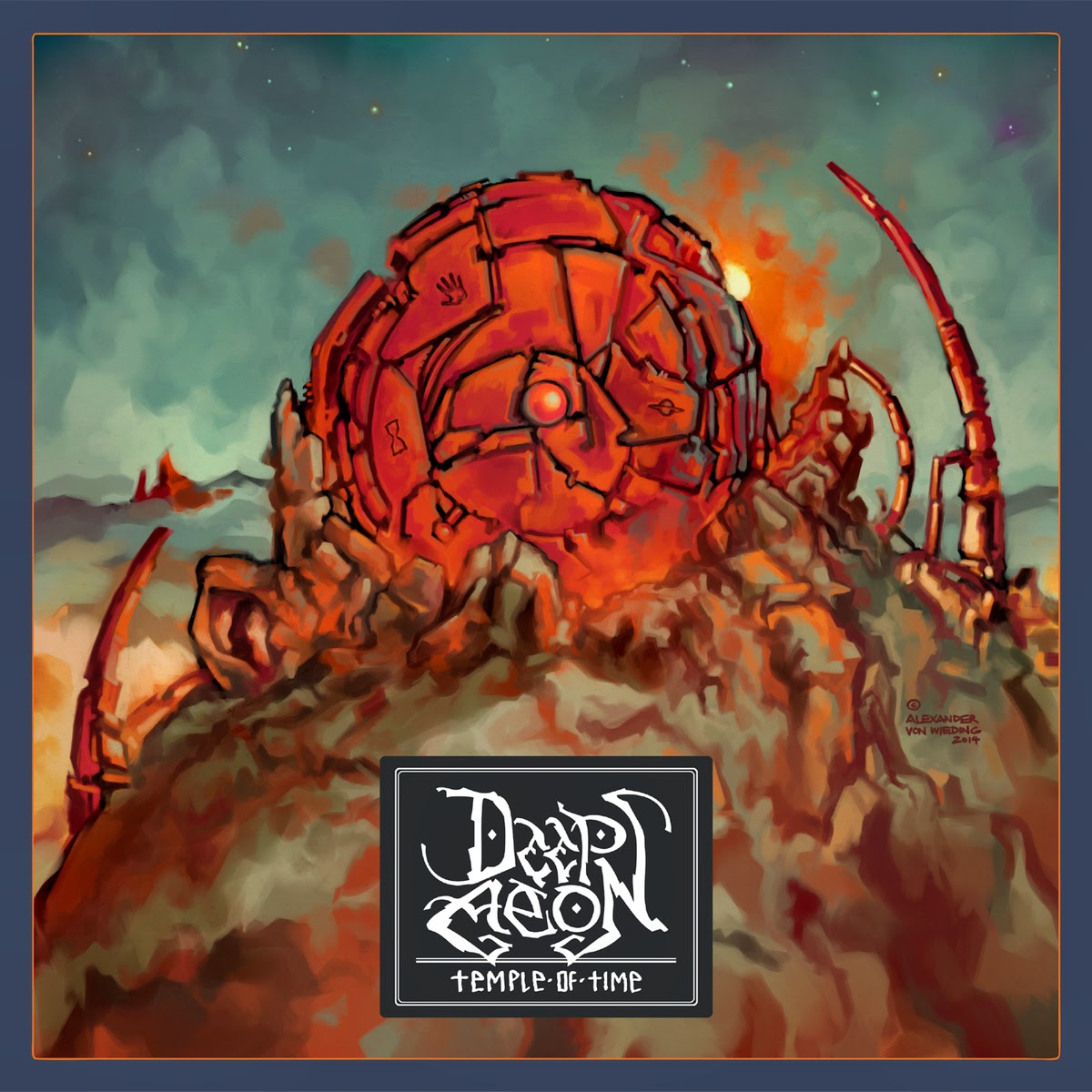 The guys in Deep Aeon have returned with bluesy stoner grooves in the form of "Temple of Time", a follow up to their first "Icy Spring Recordings". With six new tracks, the album goes by in a fuzzy, bass thumping haze, and while the band is blasting full steam ahead, you can become so enamored with the music that you lose track of time. What seemed like ten or fifteen minutes was really thirty, and the album is starting over again. The guitars keep things turned up and fuzzed out, with the bass keeping a clean and round tone from start to finish. The drums lay out crisp rhythms that fill in the background perfectly, and lends an amount of depth not all drummers seem to. While most of the tracks have a modern, stoner rock sound that is everything great about heavy rock music, one track really stood out a bit from the others. The third song going in, "Floating", has a catchy blues rock vibe from the very outset, not to say heaviness is put to the wayside, the other elements are just worked around it nicely. Opening up with a slightly twangy riff, it doesn't take long for the clean, bluesy vocals drop in with a little harmonizing going on in the background. Just before the halfway point the fuzz kicks in and starts to wail. This heavy riffing part carries on for a couple minutes, with the vocals losing some of that polish as it went along. The stoner rock prowess still shows through in certain places, but this track shows that the guys are more than one trick ponies, and they can play the genre game just fine. The album isn't out yet, but it's coming out this Saturday (April 4th) so there's still time to get some pre-orders in on this joint venture between H42 Records and Shithead Records to put out Deep Aeon's debut full length.
~Skip