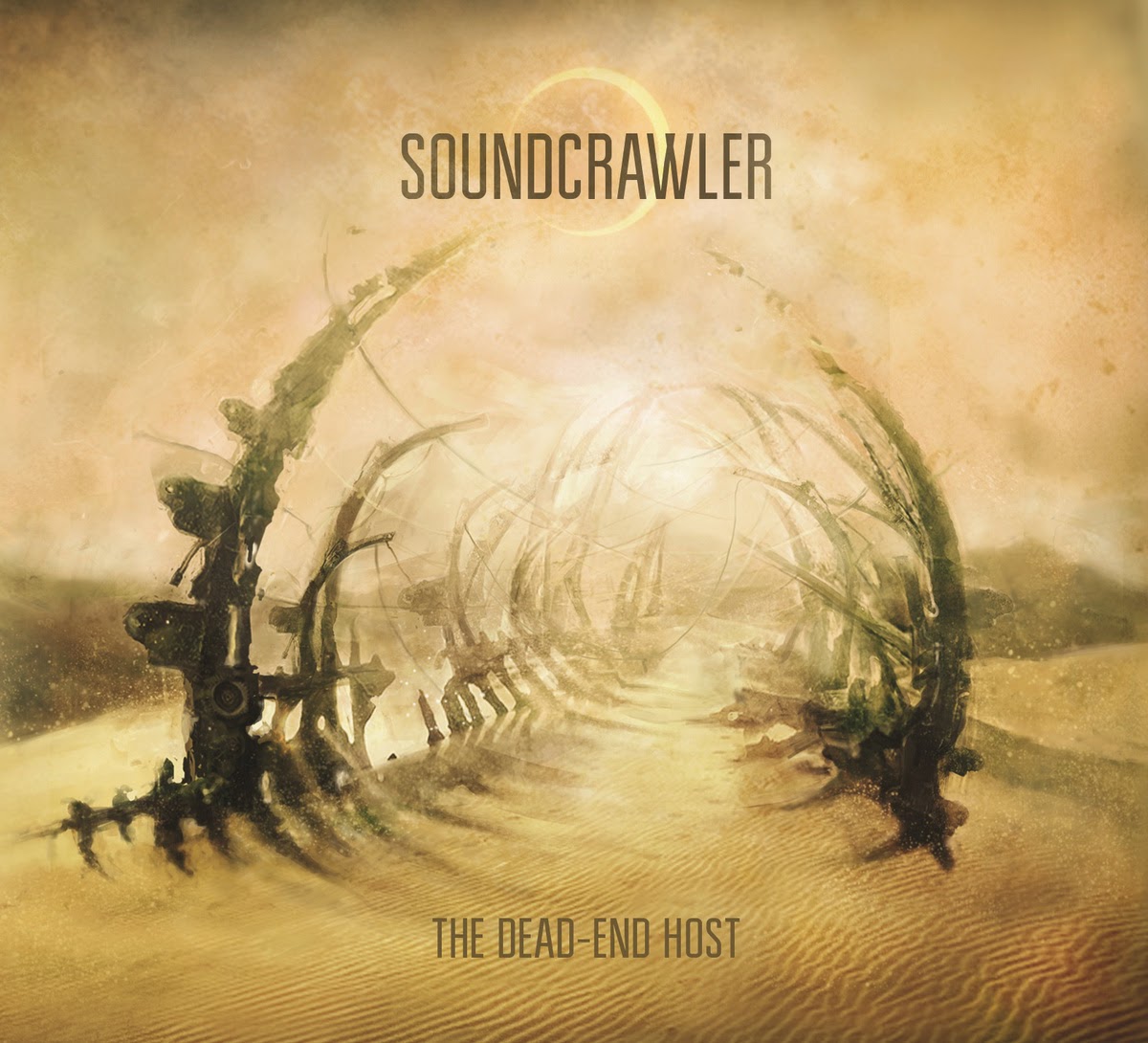 While lots of people got in on the band's debut release "The Sandcrawler" back in 2012, they've just made their triumphant return last month with "The Dead-End Host". France's Soundcrawler can be described as the feral love child of Alice In Chains and Dozer, switching from heavy riffing to melodic and expansive guitar work that manage to create a sweeping realm of stoner rock. "The Dead End Host" manages to cram nine of these on to one album, each one offering up a little something different but never lacking in the main areas. Well put together songs lead to well put together albums, and that's exactly what happened here. The songs all go together so well that it's difficult to choose just one for listening, you find yourself constantly starting from track one and listening all the way through. "The Dead-End Host" opens up with the video single "Raiders", and the five and a half minute soundtrack to a pursuit through the post apocalyptic desert. After a slow guitar build up during the intro, it slams into overdrive around the one a half minute mark. Like nailing the accelerator in a sports car, you're forced back into your seat by the sudden blast of fuzz and drums. The vocal performance on this track, like most of the others, is one of the main things to invoke that memory of Alice in Chains. While they do share some musical similarities at times, that vocal resemblance is uncanny at certain points. This track never reaches that same energy as they display in that fuzz blast at the beginning, but that's okay. There's eight more chances, and they absolutely nail every one of them. You can acquaint yourself with their newest album over at their bandcamp, where you can check out their 2012 debut also, if you haven't already and pick up CD copies of it all too.
~Skip


For Fans Of; Half Gramme of Soma, Truckfighters, Karma To Burn