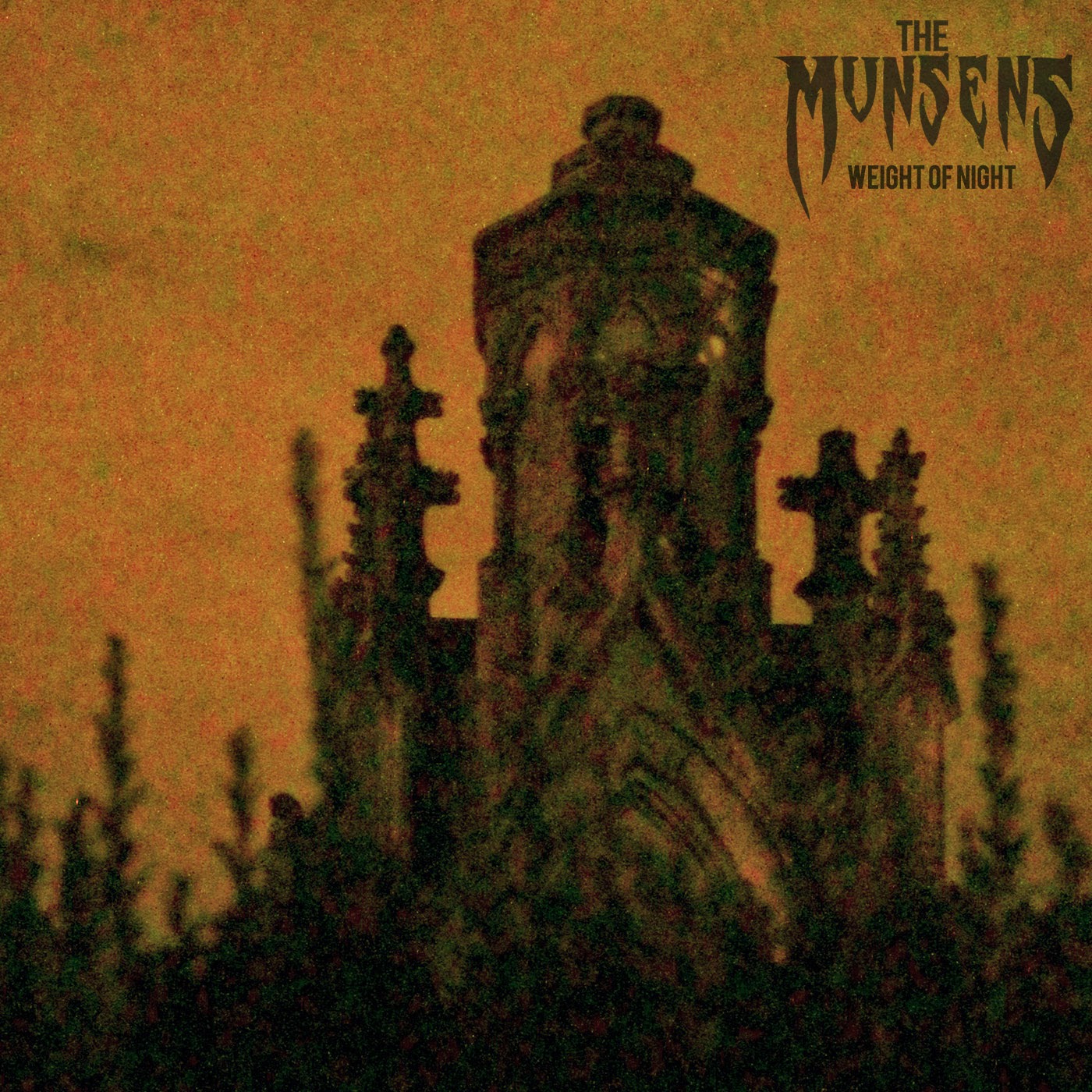 Having put in some serious work since their two-track 2013 release Lead to the Grave, the Colorado trio of The Munsens (transplanted from New Jersey) are back with a new EP, heavy with bass, fuzz, and what sounds like horror movie samples.  That's a winning combination in my book, and what makes it even better is the group's way with their riffs, loaded with slow-growling doom while keeping the beat rolling along, savoring the sludgy slabs, and cranking up the assault when the time is right.
Things start off with the dark occultation of the title track, throwing in some quick guitar flourishes over the massive main riffs while calling out inescapable destruction via the lyrics, and slipping into a subdued touch of piano for the outro.  The music rolls from there into "Slave", employing a swifter, more rock-leaning blast of attitude before sliding back into the sludgier stuff.  Lastly, "The Hunt" weighs in at 11 minutes of full-on gritty doom metal fused with more deep-bass rock-speed head-banging, demanding high volume from your speakers to do justice to the band's power and intensity.
Available for download or as part of a limited cassette run, the EP crunches and crushes with style, setting The Munsens as a strong contender from the ranks of fresh faces in the stoner doom arena these days.  Get yourself hot with what they've already put out, and start counting the days until the world is lucky enough to see a full album from these doom-bringers.
~ Gabriel