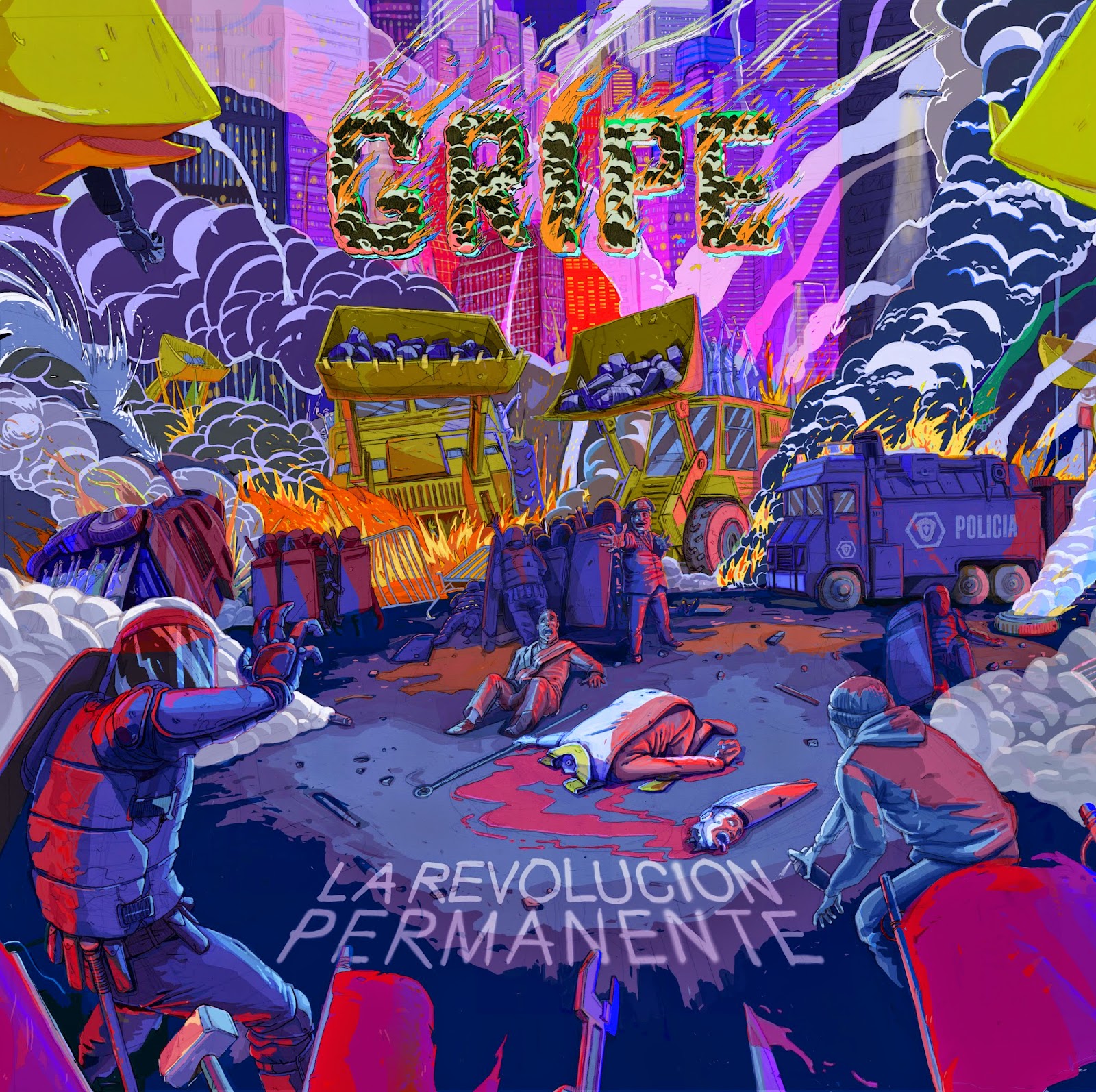 GRIPE are by no means a new band, as the Argentinian group has been putting out releases for roughly a decade, but here on their latest EP, they show that their energy is just as high as ever.  Things start off on a high note, with "Elementos de Elevacion", at 7+ minutes, taking the first slot and the honor of longest track to be found on La Revolucion Permanente.  A roaring wave of feedback introduces the song, trailing off into an electronic burbling quickly superceded by firm and earthy rock chords and drums, while an interesting phasing or flanging effect on the vocals gives them an otherworldly vibe.  There's surprises around every bend of the song's structure, with pit-falls and chittering synths serving as side-notes to the powerful main melody, and the mood is practically boiling with drastic swings.
After that monumental starter, the band has virtually unlimited options for how to proceed, and their choice is to drift right into what could easily be an extension of "Elementos", as "Sublimato" holds onto the heavy end while introducing a free-floating approach to the vocal passages and some thick-packed guitar stompage.  "Nana" takes a little break for subdued guitar as the drums lay out their attack plan, then the rest of the band engages for a fantastically crunchy psych groove while the vocalist chants the name of the song.
The EP's title track steps in from there to do duty as an interlude, with its sub-2-minute run-time essentially acting as the eye and edge of the hurricane before spinning into the closer, "Bromuro de Pancuronio".  Though it has a slower tempo than the preceding material, "Bromuro" still gets down without restraint, and works as a damn good finale, winding things down but staying energized.
For a band with a decade's worth of experience behind it, GRIPE still sound amazingly inventive and enthusiastic, pushing themselves to try out new combinations and approaches to the fusion of styles informing their music.  If you haven't heard of them before now (like myself, I have to admit), then La Revolucion Permanente makes for a great point to jump into this hard-working group's catalog.
~ Gabriel