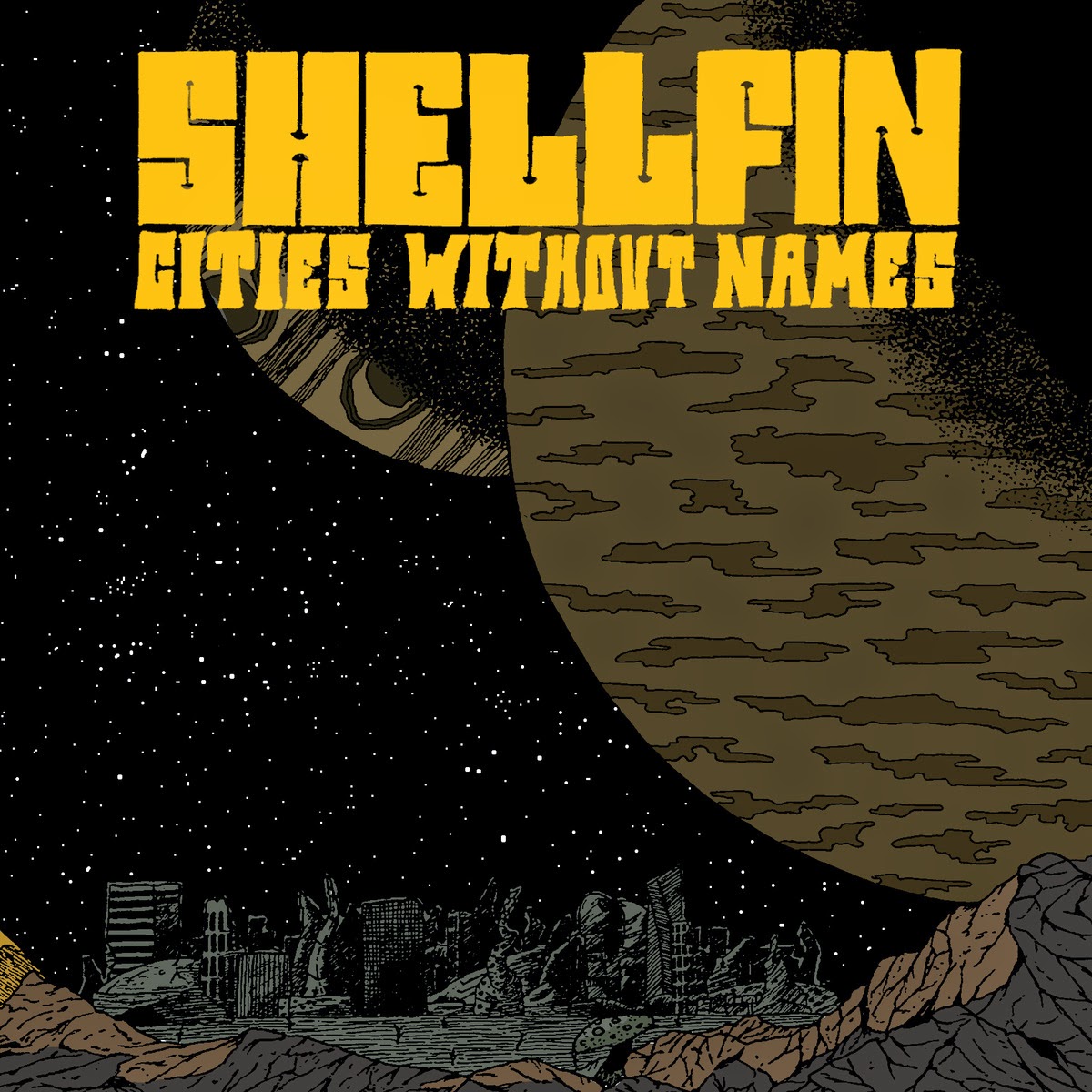 The Australia five piece of Shellfin are back at it, this time with the jewel of a stoner rock album called "Cities Without Names". Using huge array of samples, twenty ton riffs, burly vocals, crack drumming, rolling bass lines, and some interesting sounds in the interim, they put it all together and make it a perfect cocktail of heaviness. I know it's still early, but this is something I definitely see making a few year end lists around the stoner rock community. I've listened to "Cities Without Names" once a day or more since I got the digital version a couple weeks ago, and I'm still discovering new things to love about the album. From everything about the hilarious "She is a Robot" to the classic "Werewolf in London" type howls that are right at home on the single "Smokin' Gun" and even the dark, sludgy overtones of "Tomorrow Never Arrives", all of the differences meld and the songs flow together perfectly. While I can't simply pick a favorite track off of this one, I've been playing "Down to Zero" a good bit tonight, so I'm going to talk about that one. One of the shorter tracks at only three and a half minutes, it opens up with some roaring drums and distorted guitars. It takes a few moments for the gruff vocals to drop in, but when they do the song manages to pick up even more steam as it thunders along and you band your head repeatedly. As you get into the second half and towards the end you start to get weird sound effects mixed in with the assault of heavy, some jungle noises, a countdown, and a quick sample from "The Big Lebowski" make it through before it's back to business with the band blasting through the last little bit of the track. With the official release being this past Sunday, there still plenty of time to get in on the action and check out one of Australia's finest. You can pick up "Cities Without Names" for a "name your price" deal over on bandcamp, and even if you only spend a couple bucks on music all year, make it this gem.
~Skip