Fingers In The Outlet... 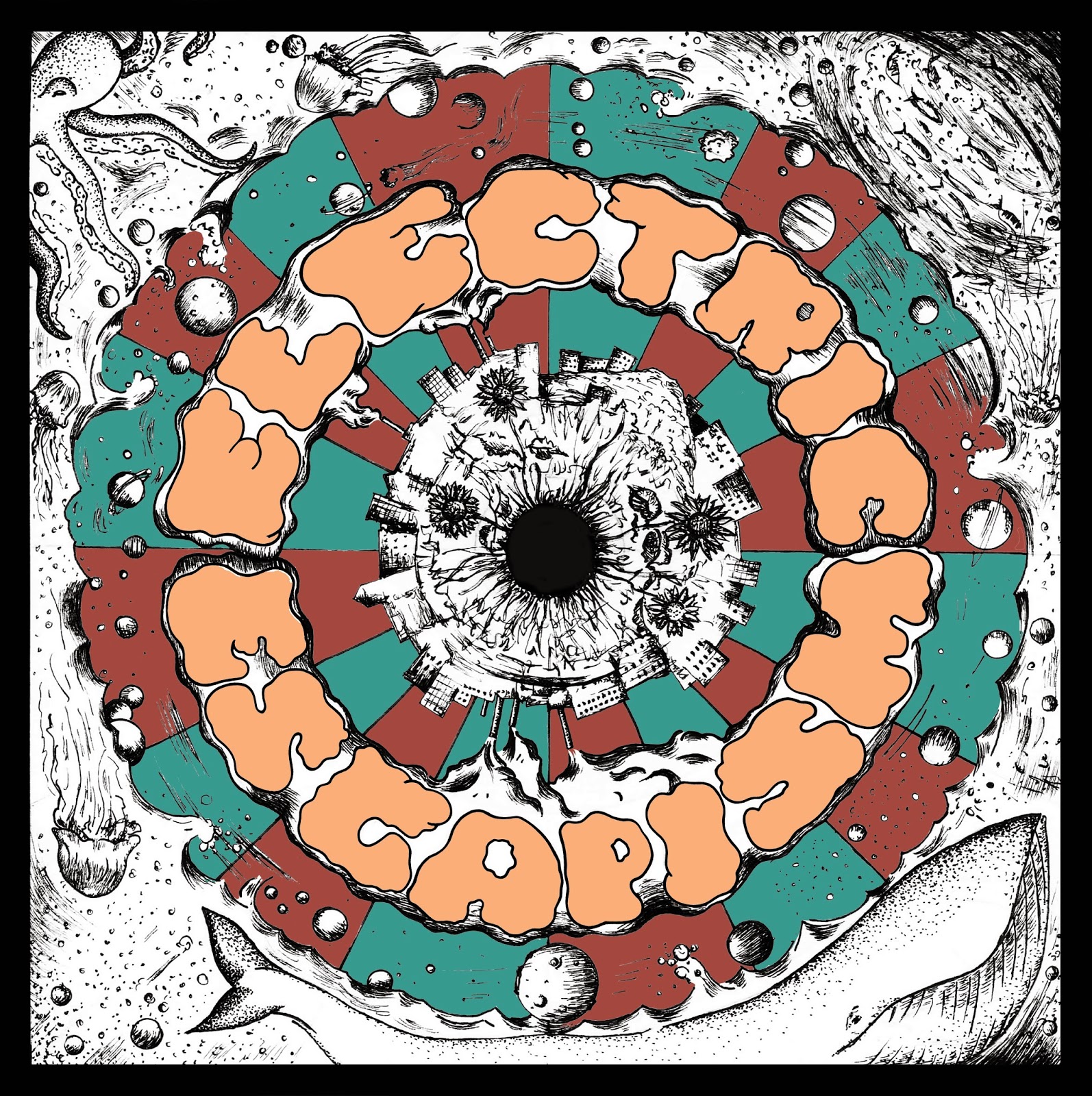 Molior Superum have been making music for about half a decade now (if you need a refresher, check out our review of Into the Sun from back in 2012), and while 2014 saw the release of a single (The Inconclusive Portrait) in June, the band also released this quadruple-track EP in December.  Offering up ~20 minutes of heavy rock, Electric Escapism begins with "Bortom Livets Sjal" (just in case you forgot they hail from Sweden), a real kicker of an opening track which bashes out the core rhythm on drums while slathering it up with big-amped guitar and bass, riding wild through the leather-booted rocking.
"Eyes in Orbit" picks up from there, maintaining the main vibe but getting even harder on the drums, and from the sound of things, doing a good job of giving the guitarist some serious blisters.  It's a quick 'n' dirty basher that's a lot of fun, and it's strong enough to avoid being overshadowed or forgotten, even in the position of #2 out of 4 tracks.  "The Dream of the Fisherman's Wife" gets just as dirty as it needs to in order to fit with its title, which references a 19th-century piece of Japanese pornographic art, and stretches out its tentacles in a psychedelic entrapment of coiling chords and slick grooves, hitting almost 7 minutes of fuzzy fun all on its own.
Lastly, "Försummad" brings things home by slowing down a little from the previous track's rocket blast, still blazing hot, just in a steady trajectory to touch down firm at the end of the ride.  Taken all together, the four tracks on the EP show that Molior Superum have lost none of their fire, and that the next release, whether it's a single, another EP, a split, or a full album, will certainly be worth your time and money to snatch up and stuff into your ears.  Now that the weather's warming up (at least in my part of the world), it's the perfect time to get these songs flowing if you haven't already picked up your own Electric Escapism.
~ Gabriel