Down A Dirty River... 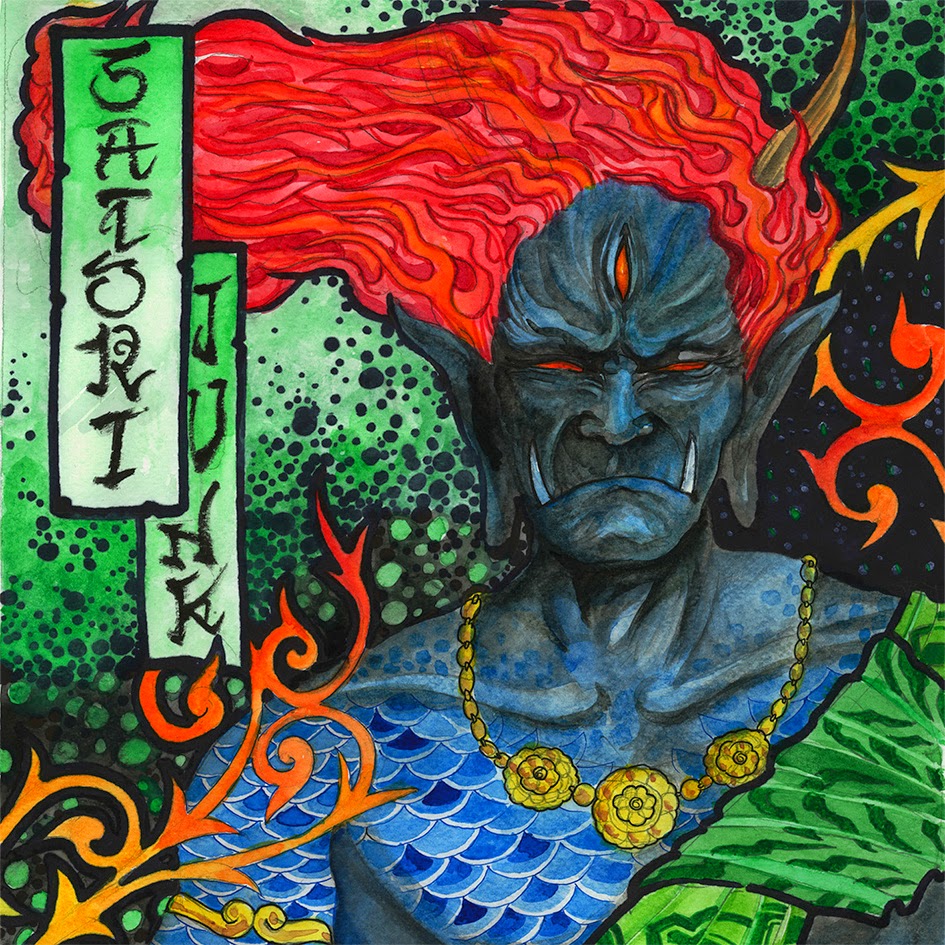 Satori Junk have been around since 2012, but apart from a demo that saw the light in 2013, they've been toiling away on their music in private.  Now that the Italian quartet has put forth their first album, the time spent honing their sound shows its worth, as their tracks come to life as a fuzzy doom that vibrates with the band's intensity.  Some audio samples to spice up the atmosphere are sprinkled in here and there, but as you might hope, the bass is the most prominent part of the proceedings, providing a rumbling foundation as the guitar, synth, and vocals go wild.  Each of them get a chance to shine in the spotlight though, with energizing solos and harsh wails burning hot.
The tracks are suitably lengthy, with only one dropping below the 8-minute mark, so each song has plenty of time to get the groove going and experiment with it.  From the chill to the thrashy, the band covers a nice range of styles and fires clean on all of them, coating it with their deep and doomy vitality, and presenting themselves strongly as they do so.
With the album being such a long run of fun, a vinyl release would have to be a double LP, which is a fairly daunting prospect for a band's first album, but personally speaking, I think the material is strong enough to warrant it.  It's an album that really lets you get lost in its headspace, keeping the riffs as a lifeline while the waves get wild, and I feel as though once it picks up more word of mouth, Satori Junk are going to be in heavy demand for touring to bring that experience to people in person.  Taxi Driver Records are handling the album on CD, so here's hoping Satori Junk get the recognition they deserve, and that a wax version of the album will materialize before the year is out.
~ Gabriel