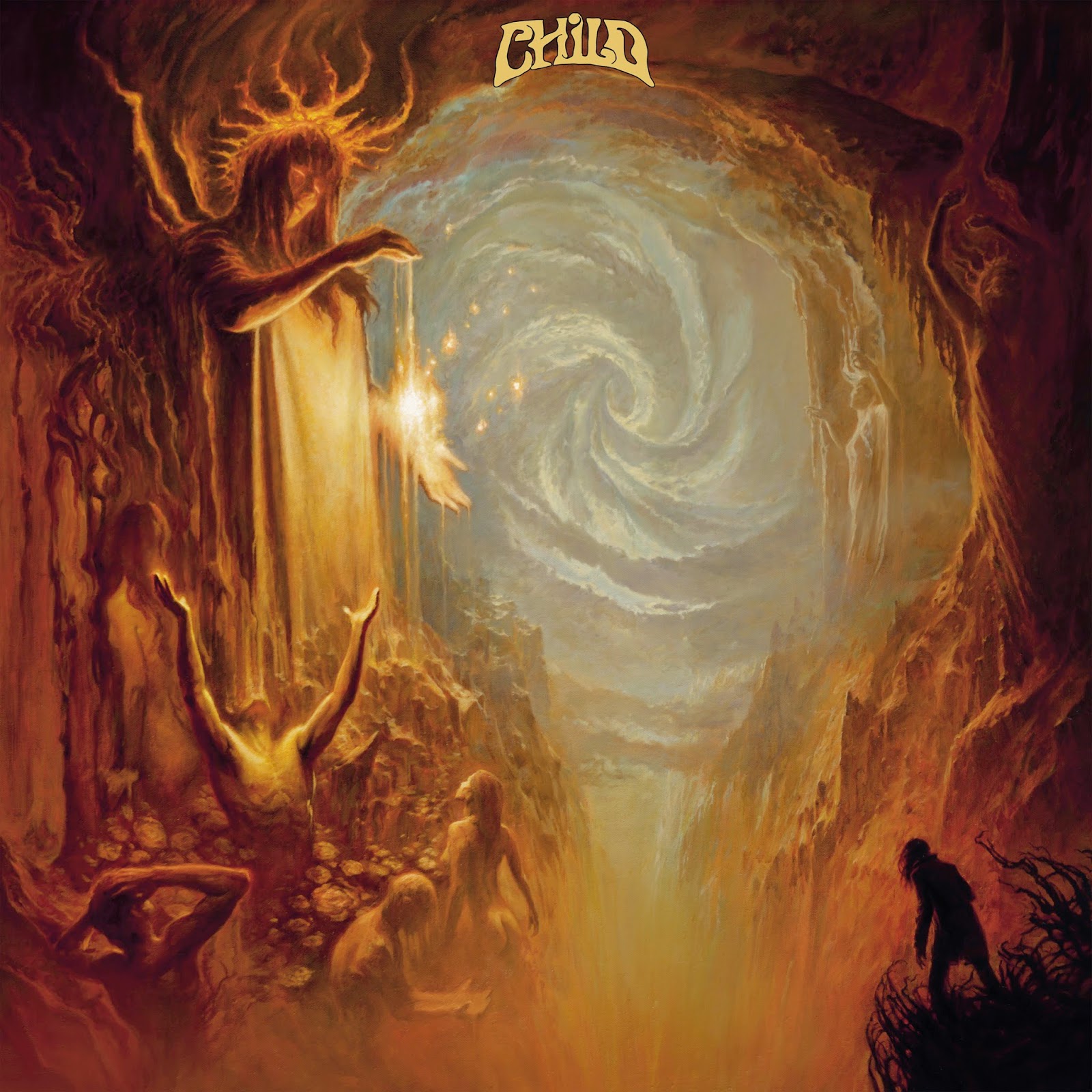 Originally released in February last year, the self-titled debut of Australia's heavy blues rock band Child (not to be confused with the Californian heavy psychedelic band of the same name) has finally received wider distribution and a vinyl release, thanks to the ever-vigilant Kozmik Artifactz and Bilocation Records.  Since this one slipped under the RWTD radar at the time of its original release, what better opportunity could there be for us to fix that omission?
Once you've got your copy ready to go, the first thing you'll hear will be the sound of "Trees", a big chunky brick of dirty blues, mixing a steep buzz-wall of bass with careful-handed picking on guitar and earthy vocals.  It's the type of song that makes you want a stiff drink just to get closer to the band's headspace, helped along by the line "Every day, I've got whiskey in my coffee," just one of the lyrics painting the picture of a free spirit trying to make it by in a cruel world.
"Stone By Stone" picks up from there with another slow-moving groove, letting beat-down weariness and a little bit of hope flow together until the guitar heats up into a blaze of psychedelic vivacity.  "All Dried Up" pulls the rug out from under the expectations of its name, delivering a juicy squeezing of rock with more of that psychedelic flavor tinting the blues, and penultimate track "Mean Square" gets even heavier with the wailings and fuzz.
Last of all, the two-parter "Blue Overtone Storm / Yellow Planetary Sun" finds the band just throwing themselves into the waves while calling out to the sky, getting cosmic while staying grounded in heart-felt grit.  While the initial vinyl run of 511 copies has already sold out, it looks like response was positive enough that Kozmik Artifactz might have another batch available in the near future, so if you missed out that first time around, keep an ear to the ground for news of your second chance at this superb heavy blues.
~ Gabriel