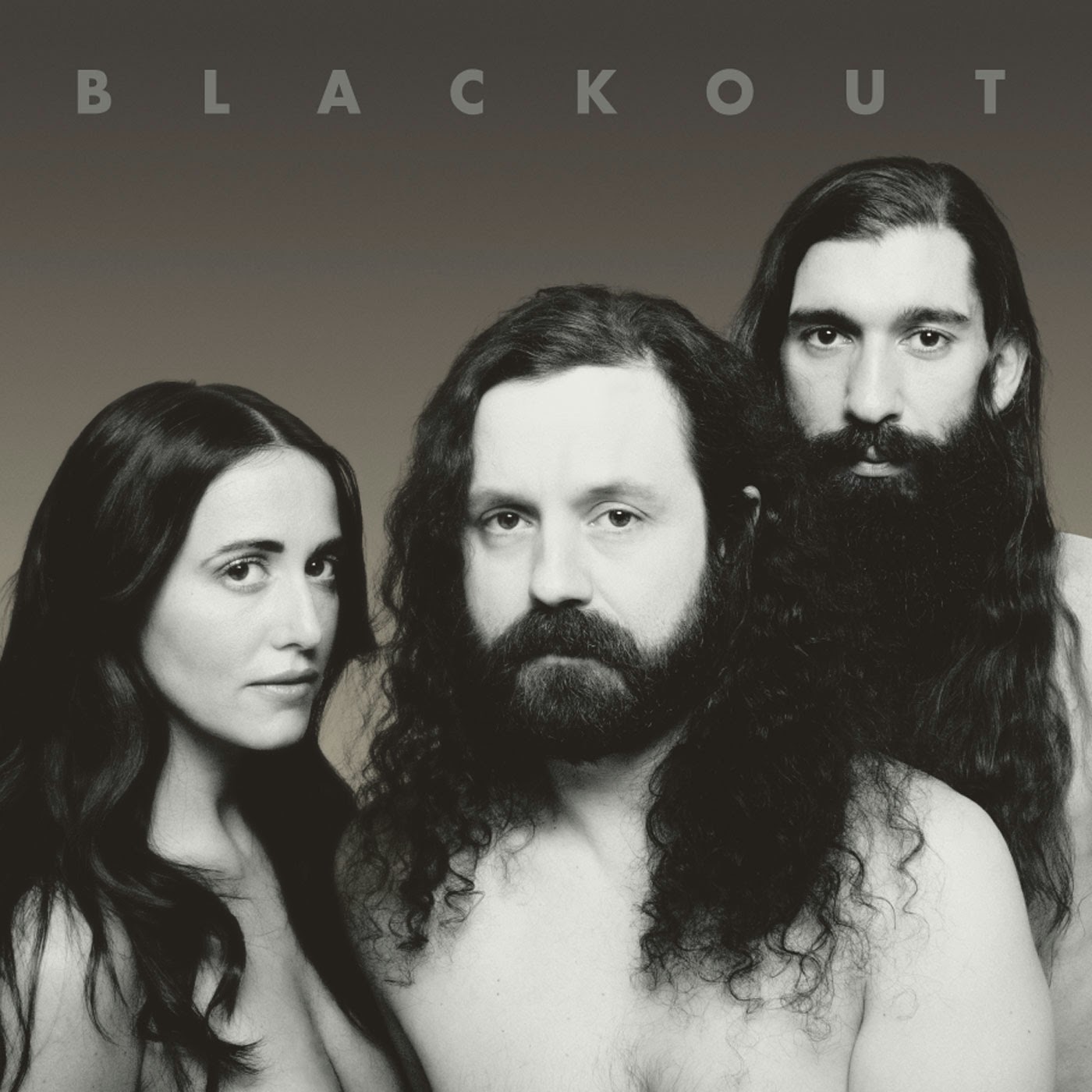 In case you haven't yet heard of Blackout, they're a three-piece from Brooklyn that made a splash with their 2013 debut, We Are Here, and its unbridled rock power.  Back now with heavier tunes and a slot on Riding Easy Records' roster, the trio blares big fuzzy riffs and attitude to take on the most red-eyed rockers you'd care to name.  Beginning with "Lost", the band can bang their heads to strong beats or get lost in hazy feedback, often drifting from one into the other and right back again within a few minutes.  Somehow, they make these drastic mood swings work, with the aggression and baked goods coming together for a tasty combo which shifts about so much that it's difficult to ID any direct influences on their style.
As the band weaves their way through the songs (including a self-titled track on their self-titled album, pulling off that elusive musical hat trick), it's clear that Blackout have really gone over them with hammer and tongs, bashing any weakness right out of the slamming chords and drums, and shaping them to cut to the quick without losing the opportunity to groove their hearts right out of their chests.  There's studio effects aplenty without going into overload, and the filtered wails and drones come so thick and heavy it might give you a panic attack if your speakers are loud enough.  They're one of the few bands I can think of to call a track "Nightmare" and make it live up to that name, and the rest of their one-word titles deliver a similarly compact and no-nonsense punch.
While specific details about the pressing treatment have not yet emerged, you can be sure that come March 31st, Riding Easy will give fans a wide range of options, and that the die-hard edition will have late-comers salivating and crying at the prices commanded by the inescapable flippers.  So do yourself a favor, just take our word that this is quality stoner metal you won't want to miss, and don't be late snapping up a copy so you can enjoy your own Blackout.
~ Gabriel