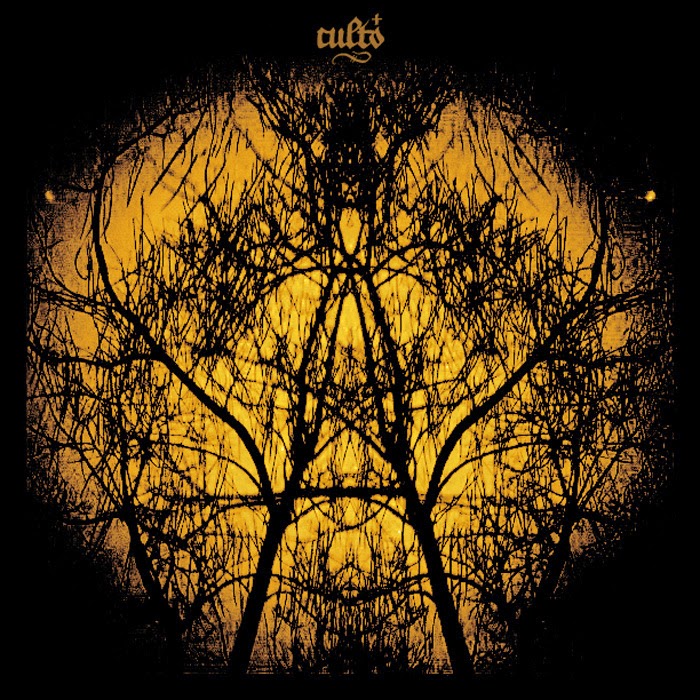 CULTO's first release (CULTO) came out in 2013, with the tracks "Culto I" and "Culto II" making up its half-hour run of doom-laden, high-feedback drone metal.  Now the Italian duo is back again with CULTO II, featuring five minutes less material, but making up for that by building it as a single track ("Culto III", if you were having trouble guessing).
Things start off quiet and subtle, with a single tone rising, drifting, and shifting as it grows in volume and intensity, gradually being joined by additional presences which swell up from beneath the edge of hearing.  Around the 5-minute mark, some synth keyboarding slips in with slow and somber steps, joined soon after by a heavier bass reverb, with everything maintaining the anticipation-building restraint as the song continues to climb.  A few more minutes, and measured acoustic guitar is combed into the folds of the sonic arrangements, imparting the sinister atmosphere of black metal's more folk-driven interludes, minus the screaming.
Things continue in this vein, with the underlying synths growing more pronounced in their hissing and sine-wave undulations while the guitar provides a steady progression until fading off into a cloud of nebulous feedback and trailing tones, and finally into silence.  Though less outwardly metal than CULTO's previous release, the doom is still palpable, and the music makes for quite the experience when focused on in a darkened room.  Whether used as a palette cleanser or in preparation for more visceral music, "Culto III" is an interesting piece which benefits from the contrast it provides in any comparison.  Something best suited for cold and dark nights.
~ Gabriel