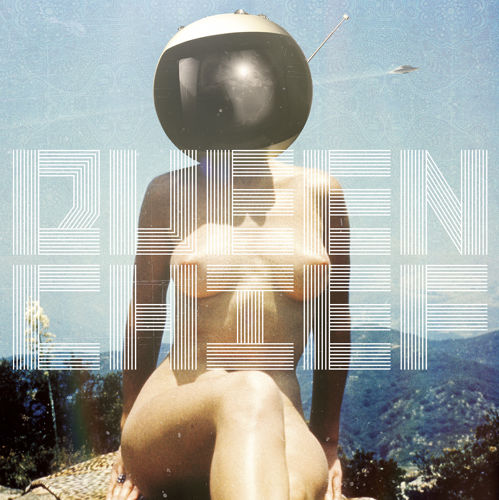 Popping up out of Washington with this debut EP, Queen Chief draws on themes of dissatisfaction, displacement, and disillusionment for their fuzzy desert rock sound.  Native American roots provide a sense of earthly connection for the fast-cruising riffs, skyward-skimming solos, and solid grounding percussion.  The five tracks deliver an ambitious and effective taste of what the band's future holds in store for their listeners, with enough variety and experimentation to make it clear that they've got plenty of ideas tucked away for further developments.
There's also a cool flow to the EP's tracks, with clear connections leading from one song's outro into the next one's intro, making for one big chunk of style and attitude that slips into your ears without a hitch.  Maybe most interesting are the group's slower moments, which show a soulful melancholy more engaging and complex than the usual 'party 'til the sun comes up, then keep going' attitude associated with the bulk of desert rock acts.  That's not to say that the band can't pull off that rowdy raucousness, just that there's more sides to this group than first, second, or third listens will reveal.  Let's hope they stick to their guns, keep the hits coming, and broaden their touring horizons so that more and more people can fall in line with Queen Chief.
~ Gabriel