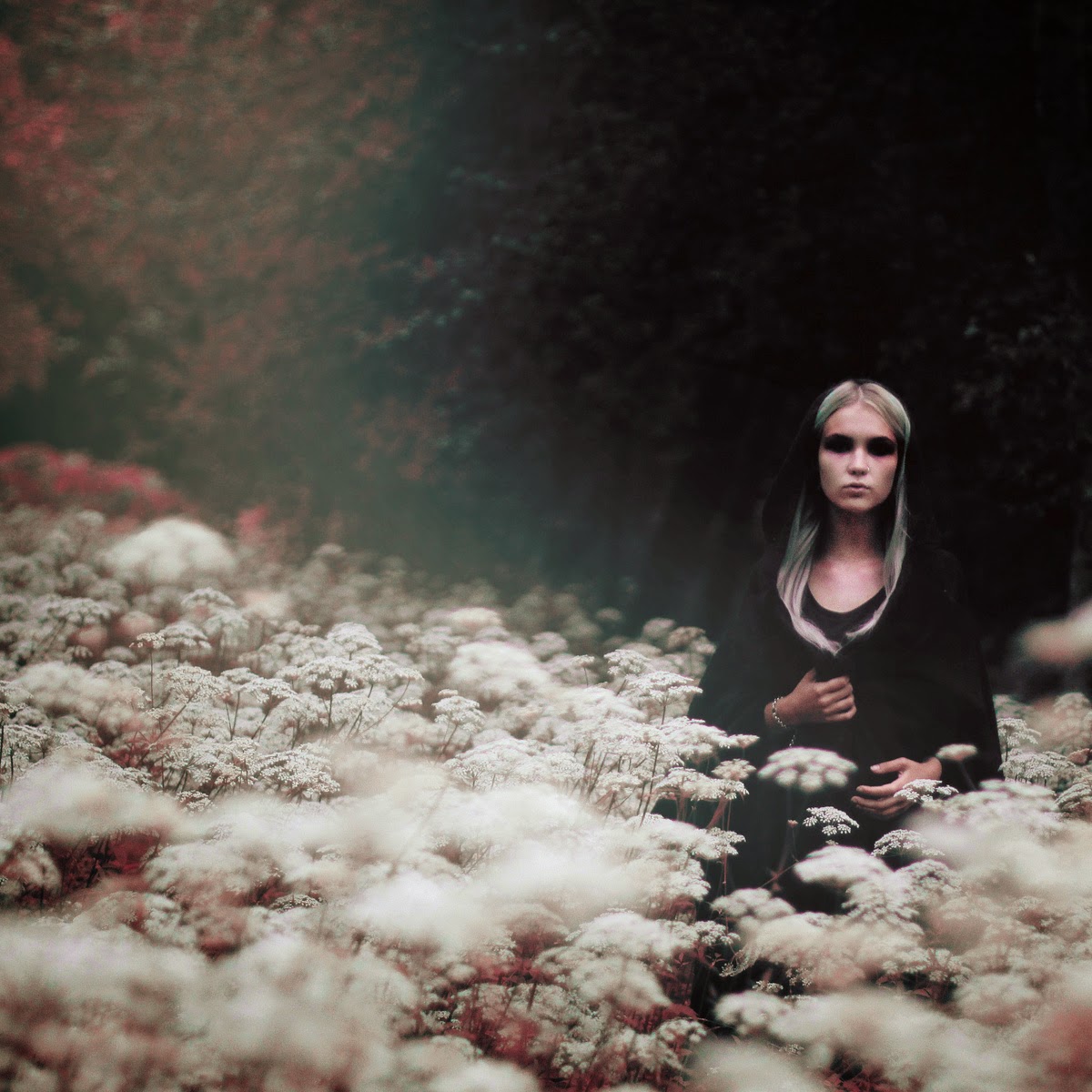 After about five years of EPs and appearances on splits, the Finnish group of BOAR have finally put together a full-length album (released through Lost Pilgrim Records, who've handled such fine bands as Mudbath, Deuil, and Fange) to bring their unfettered stoner doom power to life in full glory.  The first of the six tracks to be found on Veneficae is "Old Grey", which fires up the album with a gurgle and buzz, then a roar of sludgy percussion, vocals, and feedback.  After a firm coat of dirt, some traces of recognizable melody emerge, though they're still heavily crushed by the band's unrelenting treatment, and after fading into a drum-carried bridge, the song rattles out, leaving a strong impression to be picked up by "Witch Woman" and carried forward through the rest.
"Witch Woman" blends a little more of the traditional doom metal sound into the crustiness set up by the first song, along with some dark psychedelic elements to keep things unpredictable and wild.  There's also some cool loping rhythm worked in over a break of relatively sweet-toned guitar riffing (underlaid with hissing growls), plenty of head-banging stretches, and a quick double-stomp ending before "Sand" erupts to up the head-banging ante.  Somehow, despite the howling noise and scratchy edges, "Sand" really hits close to my early Black Sabbath brain-spots; admittedly not for the whole song, but for a pretty substantial chunk, making it more than worthy of a smoky jam-out session.
The title track picks up from there, followed by "Trees" and "Wolf Lord", and if the names don't tip you off to how heavy the band keeps things, you'll just have to pick up your own copy.  Sludge, noise, doom, and a healthy amount of experimentation come together with a style both technical and casual, blending them so smoothly into gritty grooves that you'll have to listen over and over again to figure out how they did it, and even then, you'll still be wondering.  Veneficae will be released May 1st, though you can go ahead and pre-order through Lost Pilgrims; vinyl will be limited to 500 copies, so don't sleep on this one if you like your metal dirty, noisy, and heavy as Hell.
~ Gabriel