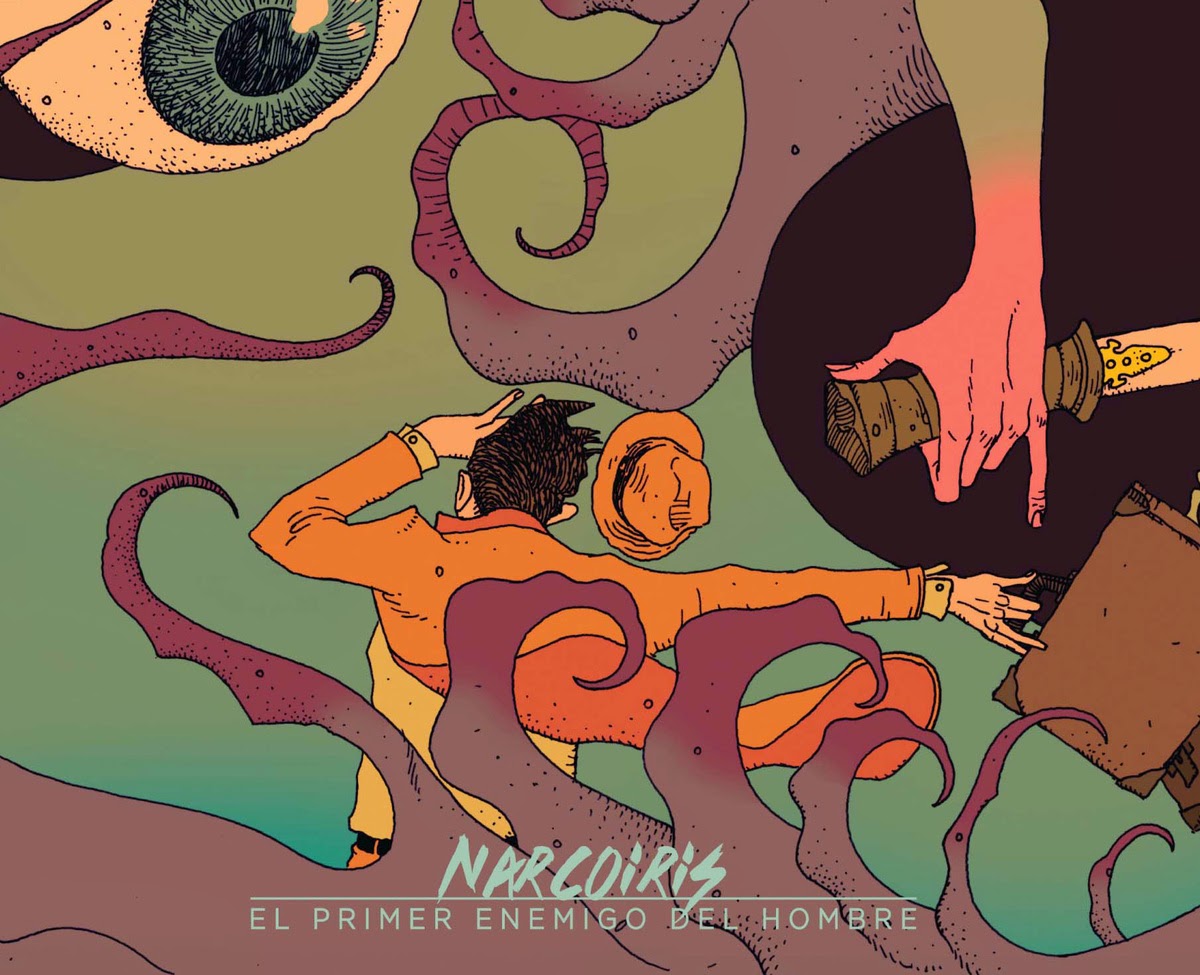 With a space of three years between their last album and this one, it's easy to imagine the work that Narcoiris have been putting in at the studio and practice sessions, tweaking their sound and song structures to hit just the right meshing of heaviness and tunefulness.  Those hopes are well-met from the start of the album, which kicks in the doors on "Despertar" with a fuzz-swaddled guitar riff, buzzing along to warm things up before introducing the rest of the musicians.  The vocals come in clean (but not too clean), the drums are mixed to comfortably mesh while still having the option of blowing up into big attacks, and the bass sidles along with casual cool.
Having established their groove, Narcoiris ride it right through the album, throwing in twists here and there, but staying faithful to the heavy rock heart that pumps out their beats.  It's one of those albums that really seems suited for long drives, when you can play through it start to finish, get back to the start, and just let it go for another cycle so you won't be pulled out of the vibes.  My only dissatisfaction (and it's a small one) is that I would have liked to hear a little more freak-out from the guitar, but the band works so well together that I can understand why they didn't want to break their groove.
CD copies are available from Venado Records, so if you've got a taste for authentically heavy rock that juices things up with their original performances instead of dialing it in later at the studio, be sure to snag a copy for your listening pleasure.  Who knows, with enough interest shown, we may even get the album on more formats, and this stuff is good enough to deserve all the exposure it can get.
~ Gabriel