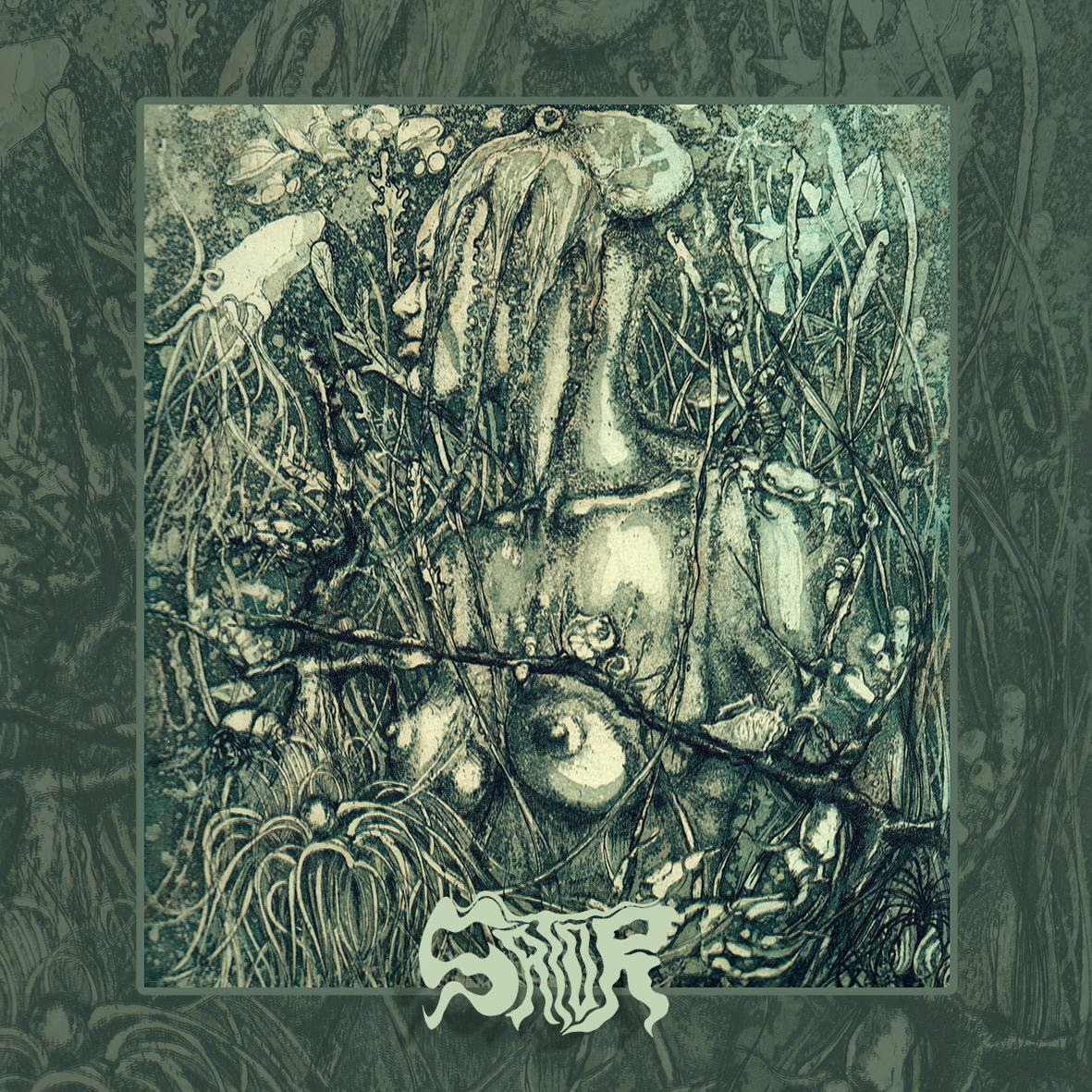 Dropping in with their first album is the Italian outfit of Sator, a trio which specializes in sludge with a bit of a psychedelic edge.  The first of the five tracks you'll find here is the noise-loving "R. Sparrow Is Coming Back" (whether that's a Donnie Darko reference is your call), which keeps the tone low and the vocals harsh as it plows into feedback-dripping strains from the strings, backed up by heavy drumming as it reels, stomps, and stumbles through the sonic abuse.  After that first bout of sickness, Sator inflict "Pneumonia" on your ears, charging up the aggression and throwing themselves into the chords like they want to be eaten alive by their amps, and at times it does sound as though the output is about to rattle their bones loose from their fleshy moorings.
After "Pneumonia" has had its way with you, the even doomier sounds of "Last Breath" are ready to take you by the skull and lead you into darkness, sinking into comparatively calm sections of strings ringing out, stretched and scraped to near-breaking before rocketing back into head-banging territory.  "Black Karma" takes it from there, riding a heavy main riff through swampy atmosphere and dense pressure, but still finding time to sneak a few twangy tastes of more melodic stuff into the midst of its desolation.
Last of all, "Erased" draws things to a finish with ~11 minutes of slow-swinging punches, fitting its name well as the structure erodes away into grim distortion.  All five songs fit together with the sort of style that makes for a really cohesive album, and it's an impressive first release for the band, packed with a strong sense of style and a willingness to experiment freely when assembling the songs.  The band has self-released a 66-copy run of the album on cassette, and there's a very limited vinyl release (of an undisclosed color) from Taxi Driver Records scheduled for April (though you'll need the cassette or a digital download if you want to hear "Black Karma").  However you acquire it, you'll be treating yourself to a very sticky shot of sludge, so get your boots laced and your head in the right condition to fully enjoy the snarling arrival of Sator.
~ Gabriel

For Fans Of;    Hypnochron, Moloch, The Sleer, Dead Hand, Attalla