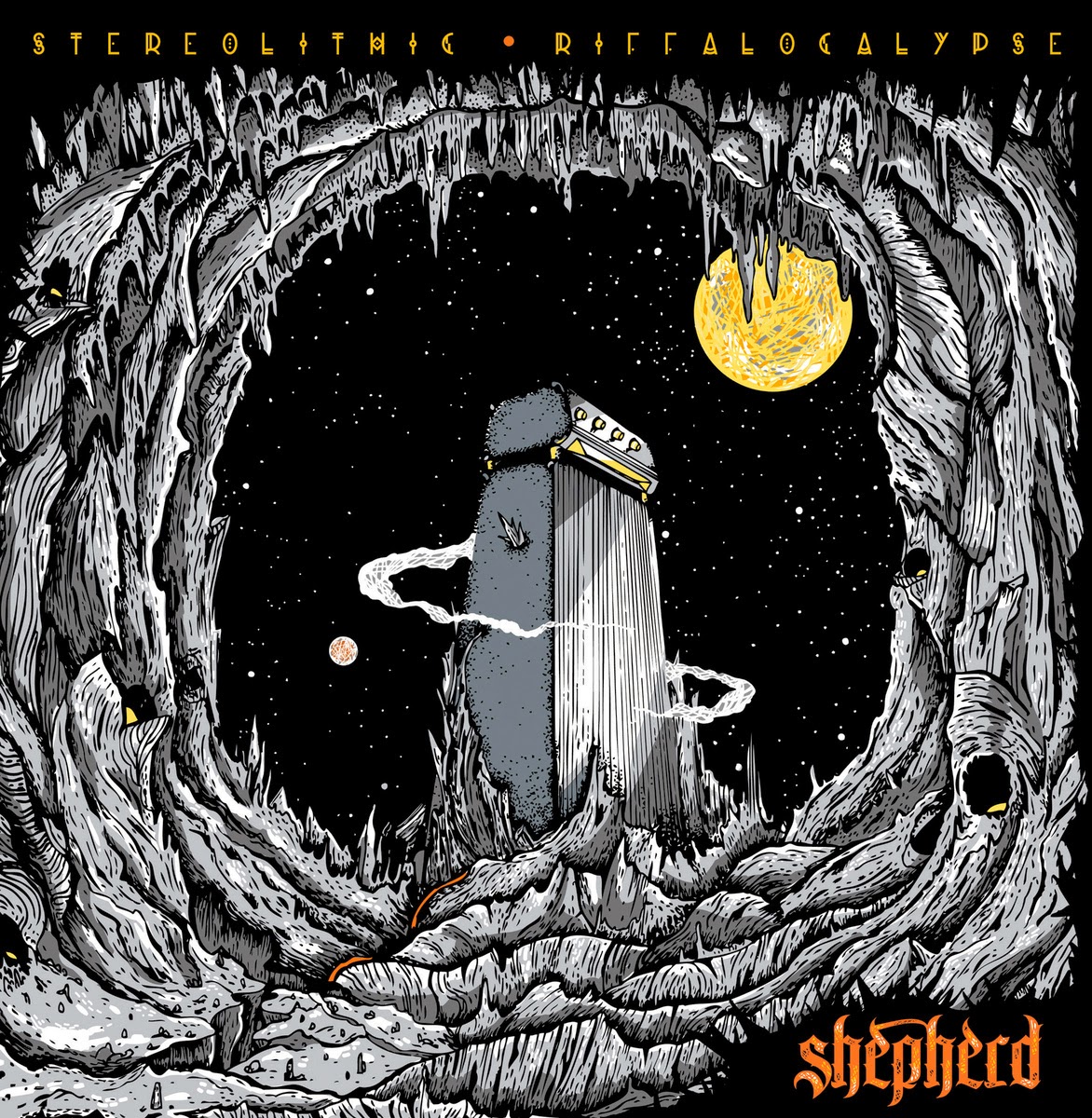 After a couple of demos stretching back to 2011, and a gig recording captured in 2012, Shepherd have finally readied a full-length album to unleash their heavy rock and attitude on the world.  With track titles such as "Black Cock of Armageddon" and "Wretch Salad", the Indian group sets expectations for some dirty sounds, and certainly does not disappoint in meeting them and then some.  From the start of the first song, "Spite Pit", the band cranks out noisy, amped-up, and hard-grooving riffs, with some juicy slowed-down sections to make you appreciate the blurs of sound all the more.
While it's hard to deny the title track as the king of the crop (especially with the sweet pedal-treated tones it brings into play), it does get some stiff competition, maybe most strongly from the closer, "Stalebait", which gets mired in a tarry pit, wrenches about with some sharp guitar, and then sinks beneath the surface as the album comes to a close.
The more manageably-sized tracks don't skimp on the weight either, with even the shortest entries just rolling around in the smoky reverb.  There's not really a weak track to be found, as Shepherd have struck a fine balance between keeping the songs trim and indulging in the necessary extended haze of stoner rock.  The music ranges from modern heavy rock back to a more direct channeling of Black Sabbath's vibes, so that there's something to appeal to the tastes of any interested burn-outs and metal-heads out there.
The album is currently available only on CD (or download from the BandCamp), but it comes in a variety of packages, with optional add-ons of a T-shirt and a silk-screen poster, though quantities of both are more than a little limited.  With all the buzz this album is getting, though, it seems like another likely candidate for popping up in a licensed vinyl edition by some savvy record label in the near future, so keep your eyes peeled for that to crop up if digital just doesn't do it for your collection.  In any event, pop this album into your ears and let Shepherd guide you on a heavy metal odyssey.
~ Gabriel