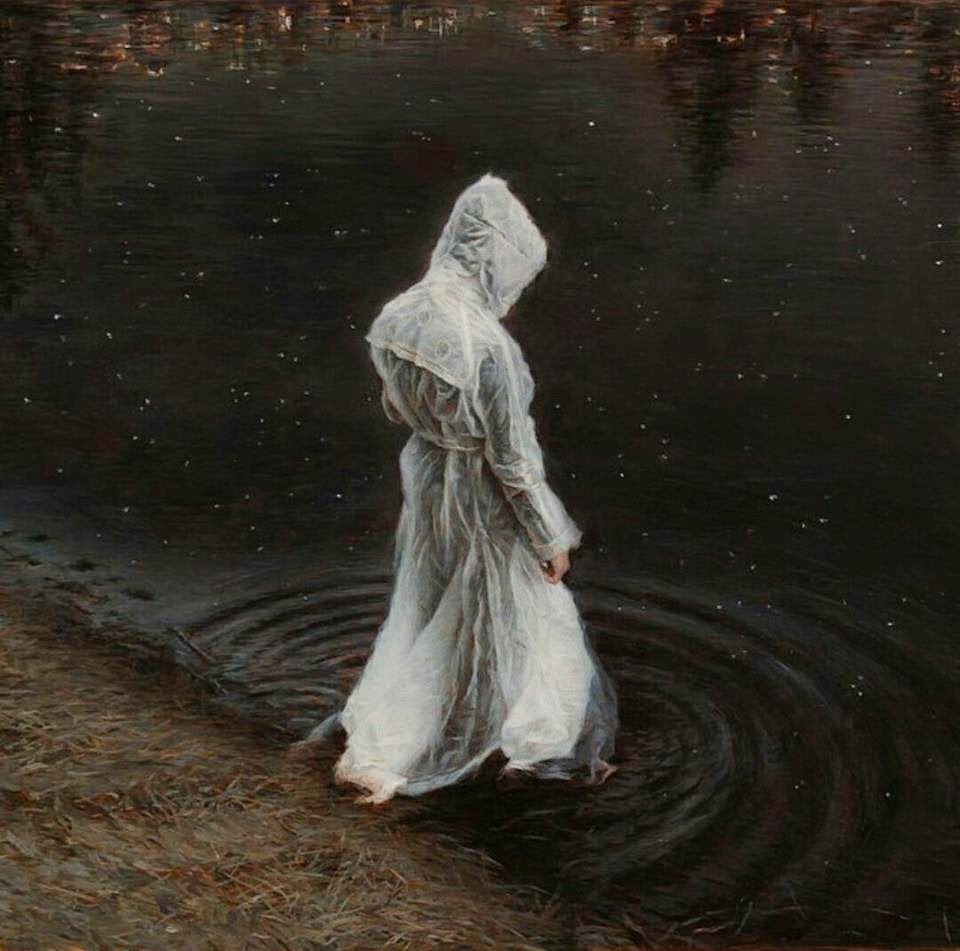 Last year, Monolord wowed doom fans with their debut album, which came out in enough variations to choke a horse and still managed to sell out of available copies with lightning speed.  This year, the trio is back, and Vaenir (named for Sweden's largest lake) boasts five big tracks (and one short penultimate palate-cleanser) to put a grin on the faces of those who were left wanting more by Empress Rising.
The new album opens up with "Cursing the One", which welds together slamming chords, echoing vocals, and heavy percussion for something like a track from the days when Electric Wizard weren't so zombified.  From there, it's on into "We Will Burn", maintaining the slow-drag vibe of the guitar and bass' massive humming presence, but ratchets back the violence a few notches, letting the blunt-burned main riff and hazy vocals carry things for the most part, though the slamming groove returns towards the end.
"Nuclear Death" picks up from the eerie prophecy of the preceding track, turning its warning into a haunted reality with further advancement of the grimy guitar-tone and rumbling bass, twisting into a more outright-psychedelic flavor.  "Died A Million Times" continues revving up the doom and psychedelia, flaring out with pedal-treated blazes.  After the breather of "The Cosmic Silence", it's back into the trenches with the grinding weight of "Vënir", which draws the album to its end with wails and slow echoes.
Vaenir makes for quite the successor to Empress Rising, and holds together well as it flows from the start to the finish, developing the madness with careful planning.  It remains to be seen just how many editions will emerge from the labs of Riding Easy for this one, but you can consider it a sure thing that you'll want to get your hustle on to snap up a copy for yourself before they pull another vanishing act.
~ Gabriel