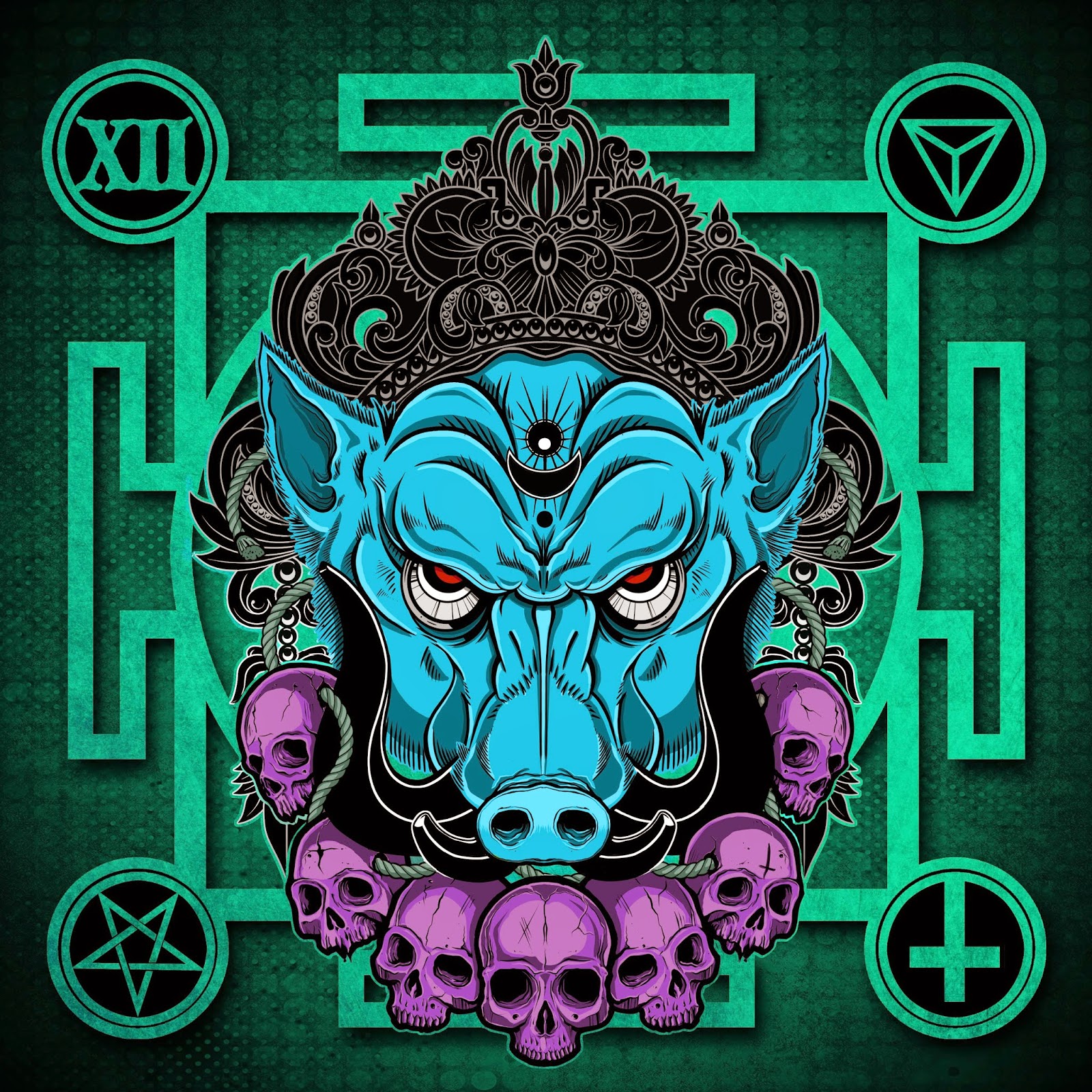 After a couple EPs and last year's "Truck Stop Baby 7"", the UK's XII Boar are back with their first full length album.  "Pitworthy" is everything you'd expect from the rowdy dudes in XII Boar, loud and crass stoner metal with a heavy dose of southern rock thrown in for good measure.  But it's also a lot of things you wouldn't necessarily expect, and some tracks are a departure from anything you've heard by them in the past.  Leanings toward stoner rock, thrash, and doom metal make themselves more evident in some of those tracks, but always thick with that signature XII Boar flavor.  While all ten tracks and just over forty-eight minutes of stoner metal goodness is the biggest fix we've had of XII Boar yet, like all good drugs, you end up wanting more.  While I can listen to the album on repeat for an entire day and never think of changing it, the last track "Quint" really blew me away the first time I listened to it.  After the first nine tracks of stoner metal, the closing track really delivers some heavier doom metal influenced goodness over its eleven minute duration.  Kicking off a crunchy guitar lead-in, it only takes a few moments before the drums and bass roll in like storm clouds.  Around the one minute mark things take off to a galloping beat with the front man's dirt road styled vocals leading the way.  By the time you get to the halfway point, things take a turn for the slow, with a plodding tempo and even more snarled vocals.  Things pick back up after a bit, but only for a short time before things take another left turn and drops off into a lone guitar piece.  Around the nine minute mark things slow down again, with a howling guitar to break the silence, with the band rejoining not long after.  Ending the whole album on such a heavy jam further shows that these guys are far from showing their whole hand, and have more tricks up their collective sleeves.  With the official release being today, the guys threw a release party this past weekend, and it look like a damn good time.  So do yourself a favor, pick up a copy of this and throw your own party, you deserve it.
~Skip

For Fans Of;  Down, Artimus Pyledriver, Orange Goblin, Weedeater, Crowbar