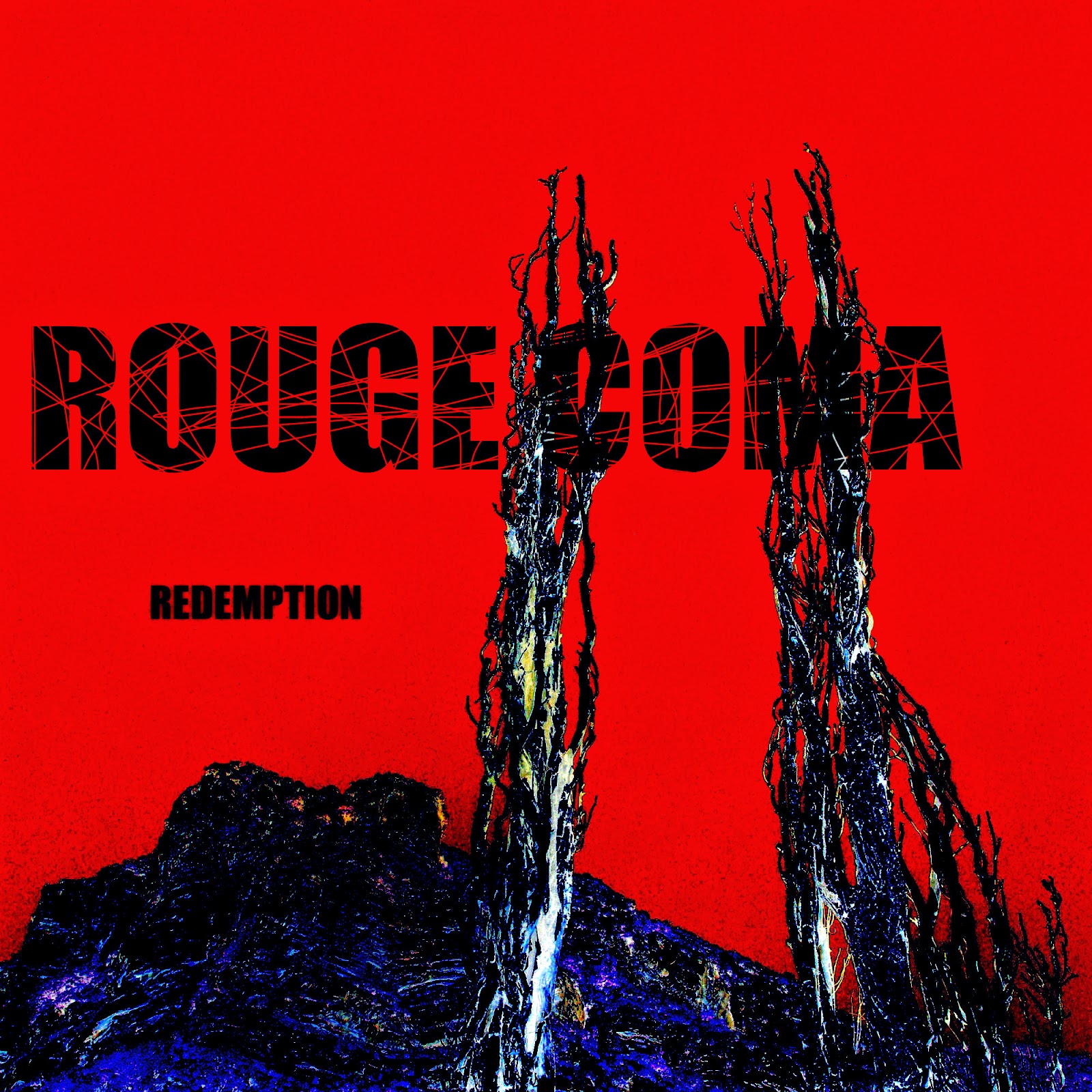 Though they came together back in 2012, Redemption marks the first release from this French quartet, and it's strong enough to justify the wait.  Rouge Coma opens up the EP with a track that shares their name, making use of heavy reverberant slams on the strings and a growing percussive presence to lay out their plans for doom-drenched starkness, with a burst of harsh vocals towards the end.  Developing the complexity further as they go on, the band drags listeners from there into "Stranger", an even harder-hitting piece with audio sample interludes telling of mistreatment and desperation in between the savage howls and stabbing chord progressions.
Things get even more tense with "Silence", with the heavy string sounds speeding up, the drums laying down thicker fills, and the vocalist doing his best to tear something in his throat for good.  The trend is continued on "So I'm Lost", with increased knottiness for the rhythms as they rocket towards the end, spitting out sharp counter-points to the thick and heavy waves.  A little breather at the end is soon overwhelmed, and a fever pitch is reached with the closing title track, pulling together all of the viciousness shown over the previous songs into one last barrage of gut-punching fervor.
The band's handling of their material is damned impressive with its steady pushing of the needle further and further along the meter to overload.  One of those releases that really rewards listening to its original track lay-out in full, so that the band can fully dig its fingers into your brains.  One hell of a debut, and enough to have me wishing that Rouge Coma's next release will take a bit less than two more years to make its assault on the public.
~ Gabriel