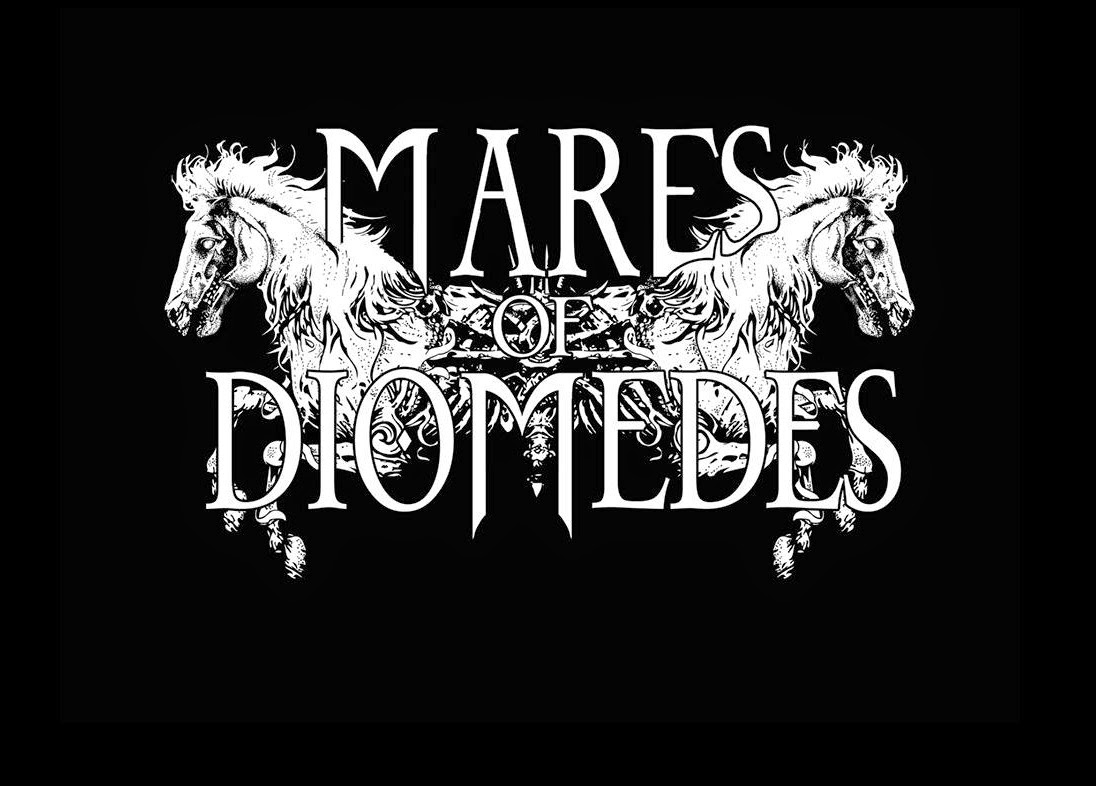 Mares Of Diomedes is a new group from Ireland, comprised of two brothers who've previously played in separate bands while jamming at home together, and who have finally decided to see what they can come up with as an officially unified group.  The four tracks assembled for their first EP amount to just under half an hour of sludgy doom, and right from the start, the brothers make it clear that they know how to effectively use fuzz and walls of bass, while the drums are carefully mixed to avoid being drowned out by the low-end power.
The first three tracks ("Under Burning Sun", "The Messiah", and "The Flood") aim for similar territory, providing plenty of opportunities for listeners to engage in that distinctive doom style of slow head-banging broken up by harder and/or faster thrashing, with the vocals staying raw and throaty.  On the last track, "Tooth and Nail", the brothers really pull out the stops, giving it a run-time about twice as long as any of the other songs so that each section can get full attention.  Rolling drums, a thick under-current of bass, and a truly doom-driven melody bring the monster to life, with so much fervor animating it that I can't help but imagine what an experience it would be live.
For a first release, even considering the musical experience both members already have, it's a doozy.  Heavy and dirty, well-mixed without losing the grit, the band gets to show off their range but makes no bones about their commitment to doom and sludge.  Very solid stuff, and a cinch for ensuring attention to the band in all of their future efforts.
~ Gabriel