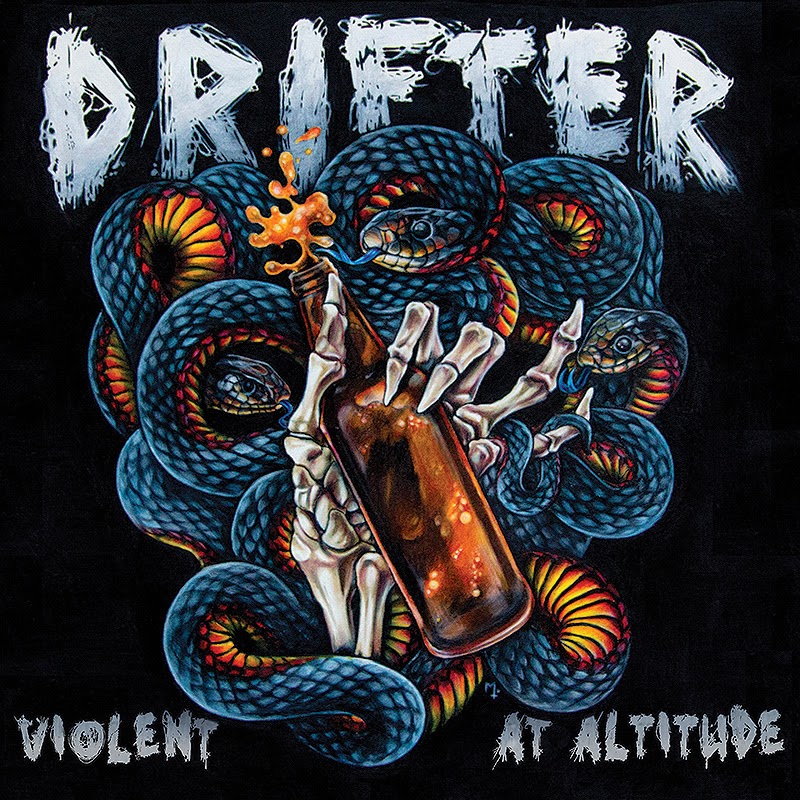 This rowdy three piece from Australia have been making a name for themselves over the last few years, with two releases of what they've dubbed as "flannelcore". The idea of their sound, mixing old school 70's punk rock and the fuzzed out sounds of stoner rock isn't new, but seldom is it done this well. They manage to balance everything nicely, from fuzz and aggression, to shouted sort of anthem styled vocals, and breakneck punk rock jams to the slower, heavy riffing of stoner rock. All of that packed into a solitary band and it almost seems effortless in the delivery. With thirteen tracks on the album, they have a lot to work with, and every song is pretty unique in its own right. When you come to "Hindsight" the third track, it's a pretty melodic, heavy stoner rock track with some grunge sprinkled on top.  Then on the very next song, "Bad" they go a completely different direction. Leaning pretty heavily toward the punk rock side of things, they come out with a Ramones sort of delivery to the whole song, especially the hook of "I kill to live". A few more tracks in you come across "Another Life", with the longest duration at just over four minutes, it's a much more atmospheric song than you find on the rest of the album, alternating between slamming hard rock riffs, and more subdued, melodic sections. With the diversity found from song to song, it'd take me forever to give you a detailed rundown of it all. If any of this sounds enticing, you can pick up the CD or download for this album over on Desert Highway's bandcamp, and their first EP "Head" at their own bandcamp.
~Skip


For Fans Of; Mammoth Mammoth, The Phuss, The Ramones