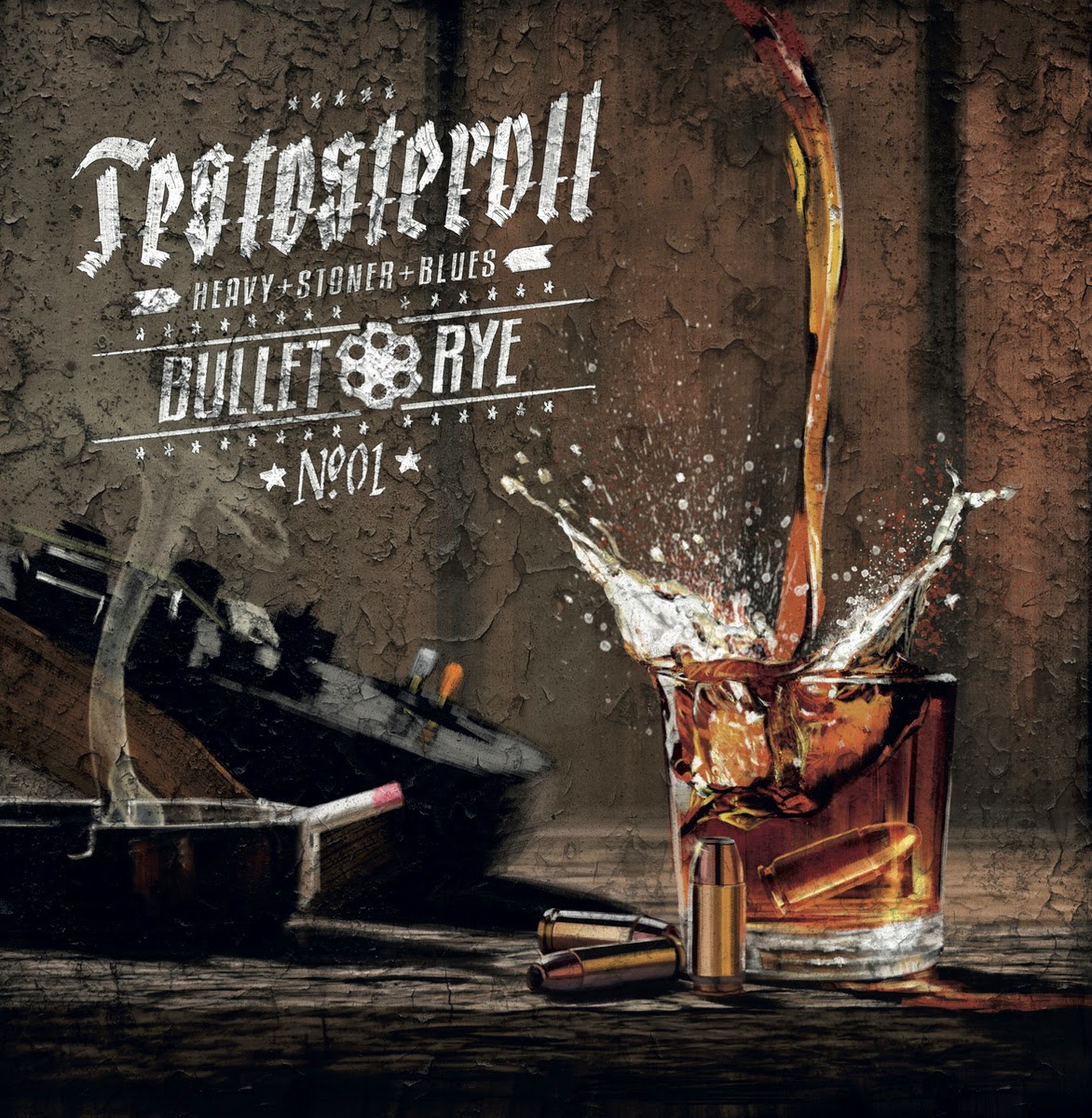 Testosteroll have been kicking around Germany since 2009, working to develop their sound, and next month, they'll be rolling out this new mini-LP with the help of Pink Tank Records.  The music put together by the band fuses together doom, blues, psych, and a few other influences, cranking out a tasty brew that draws freely from early Black Sabbath, the South's delta sound, and heavy rock of all stripes.  From the opening sprawl of "Cold Blue Eyes", on through the burning "Desert", past the promises of "Salvation", the smoky rumble of "I Keep My Motor", and the clutch of "Fear", all the way to "No Recollection", the band delivers seriously high-grade grooves, kept raw and dirty enough to satisfy even the pickiest of old-timers.
Copies will be limited to 300 vinyl LPs in four different colorations, though in order to get one of the purple & blue pressings, you'll need to treat yourself to catching the band in concert.  Whether you can make it to one of their shows or not, you should be checking out this crew, cranking their tunes, and thanking your lucky stars that there are still bands willing to put in the effort to get their music sounding so good.  Get on it already!
~ Gabriel