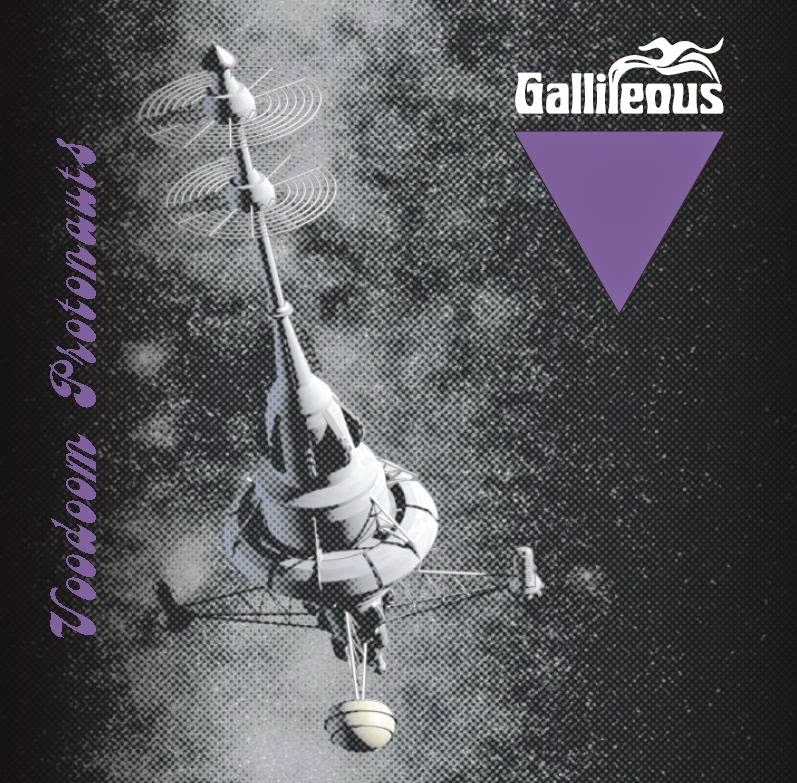 Whatever's in the air of Poland, it's helping to germinate some of the best psych-influenced metal to be found these days.  Here on their second album, Gallileous have continued their trip into the outer reaches of space begun with 2013's Necrocosmos, with cavernous reverb, high-voltage keyboarding, and a sense of starry-eyed wonder to the vocals put to use in the band's free-roaming fun.  Blending bluesy get-down from the bass with the guitar's more juiced-up impulses, and backed up with some great finessing from the drummer, the band presents music that would be right at home as the broadcast from a deep-space ship with a psychedelic paint job and a bumper sticker from your favorite amp company.  Of special note is the song used by the band for their advance single, "Yeti Scalp", which picks up from the relatively-subdued launch track of "A Daub" with rousing hot licks.
Gallileous somehow make all of their submersion in fuzz canyons, sudden bursts of speed from the guitar, and slow-cruising stretches fuse together into something that just flies reliably and casually on through its songs, finishing the album with a cliffhanger for things to come in the note-melting "Omen of Death".  Fans of psychedelic metal heavy enough to hang with the doom bands will be well pleased by what's to be found here, so do yourself a favor and don't let this one get past you unheard.
~ Gabriel