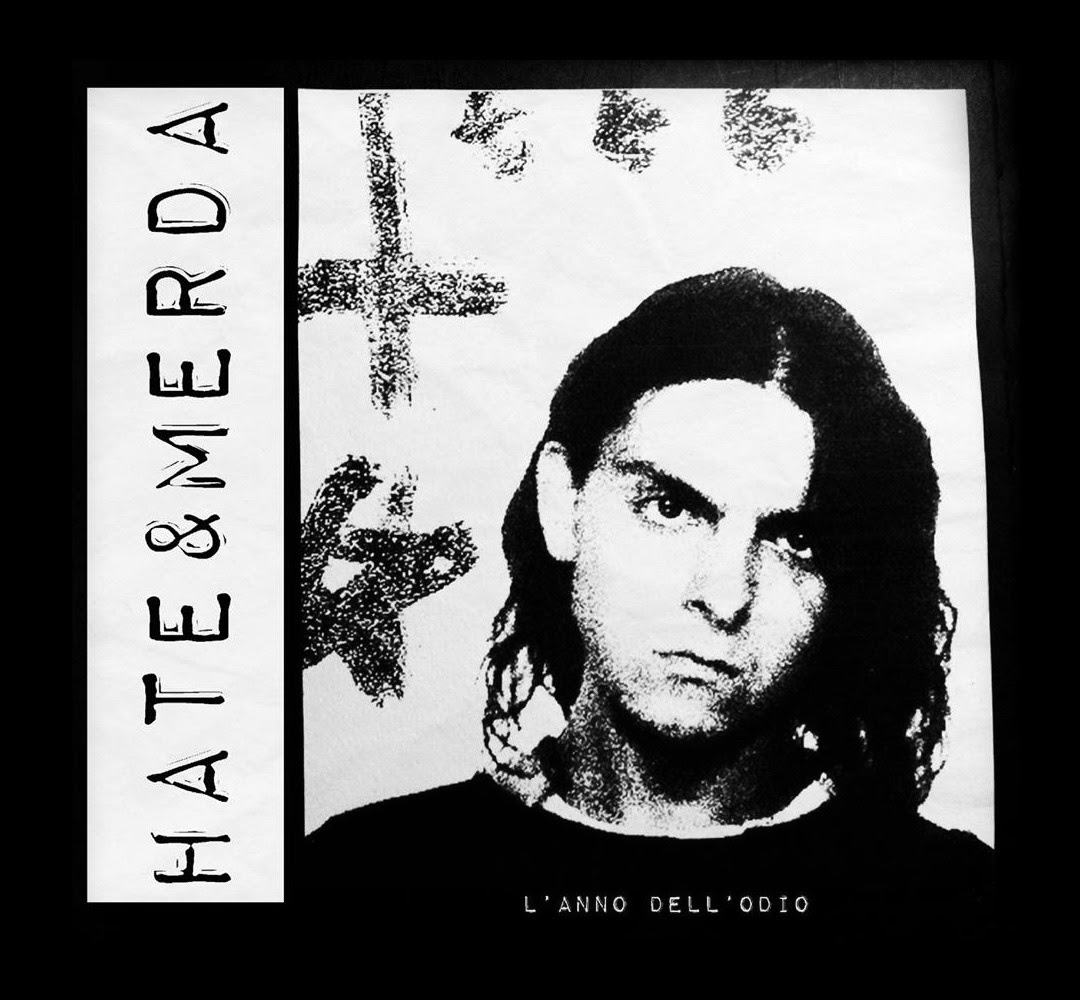 Here from Italy with their first album, the duo of HATE&MERDA burst from the start into sludge with a frosted edge.  Abrasive vocals, feedback, and bass guitar are enhanced by the production, lending something of a subterranean quality to the resonance and sense of distance.  It doesn't hurt that the drummer is capable of bashing out waves of lightly-distorted percussion to act as a counter-part to the rougher sonics, giving the whole thing a fitting sheen of violence.
While there's just five tracks to this debut, they burn on for more than a half-hour's worth of misanthropy and suffering, covering plenty of terrain in doing so.  The length of the songs presses the band into finding new ways to express their loud and stripped-down sound (including taking some breaks into melodic interludes to raise the contrast), and they experiment with an impressive range of styles in their search for satisfaction.  Samples, spoken word, drone, and more are stitched together into an assemblage that rarely shows its seams, even while sharply cutting from one component into another.
The duo have put together an impressive work for their first release, and there's so much variety packed into the material presented here that it seems futile to try and guess which musical directions they'll follow in the future.  I'd like to think that they'll continue crafting their complex experiments, but I feel assured that whatever they turn their hands and voices towards, they'll succeed in making something as worthy of exploration as this is.  Physical copies are limited, with 250 on vinyl and 26 on cassette (and the latter's already sold out), so if experimentalism is your bag, you'll want to act fast.
~ Gabriel