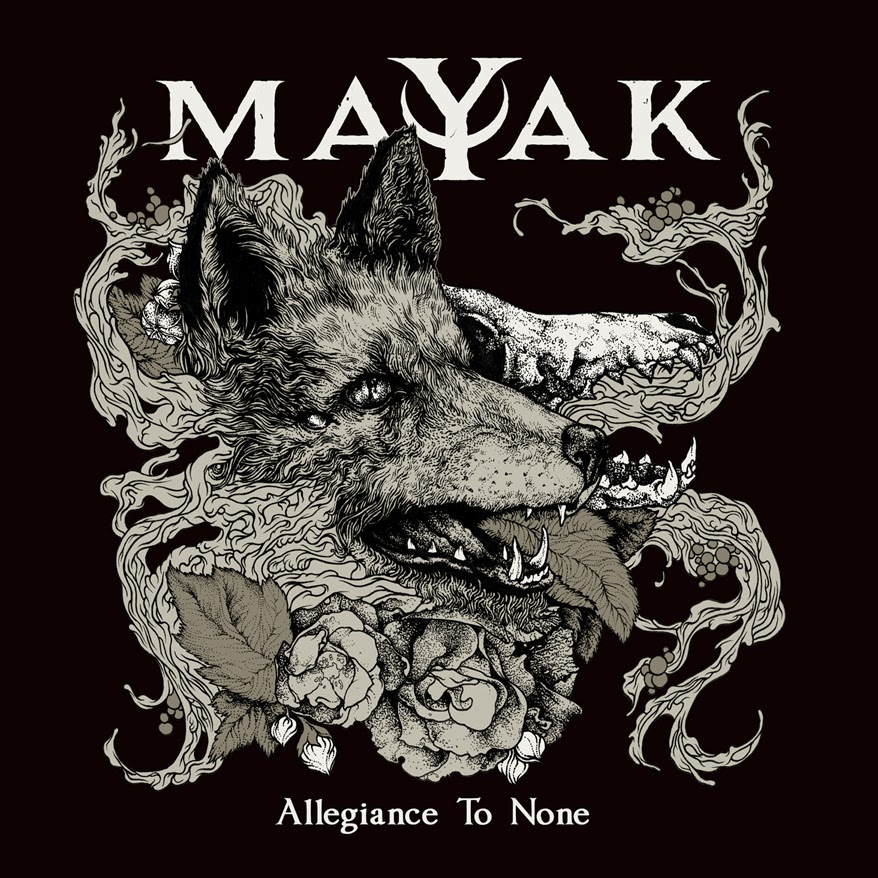 Moving on from their 2013 demo EP, Mayak have released their first album, and on it, they blend thrash, sludge, and touches of doom with the aggression and vocals of hardcore and black metal.  Every now and then, the pounding percussion and string-slamming let up for brief melodic interludes, though these are inevitably drawn back to the more chaotic stylings.  The band spits forth plenty of frenzied mania, rarely sitting on one riff for too long, a quality that combines with the singular style of vocals to make it difficult to peel the songs apart when thinking back over the album.  At the same time, it probably makes for a distinctive live performance, as testified by Mayak's high volume of shows since breaking out with their demo.
The band's greatest strength seems to lay in its ability to bring punishing heavy onslaught on and on in waves, giving brief breaks for breath before the next breaker rolls its way out of your speakers and over your ears.  They do have a few indulgences in sustained melodies (maybe most notably in "S.M.O.D."), which I'd like to hear them experiment more with on future releases, just to find out what they can do with a riff that sticks around for a full track.  At the same time, their ability to leap from one rhythm smoothly into another, and another, and another does call for some respect of their chops on the technical side of things, particularly considering they can pull this stuff off on-stage instead of just Frankensteining it together in the studio.
The album is available on vinyl through SellYourSoul Records, with a cassette release by Mustard Mustache scheduled for the near future, so if you've got a taste for the high-speed and twitchy, give Mayak your ears for an afternoon, and see how they're treated.
~ Gabriel