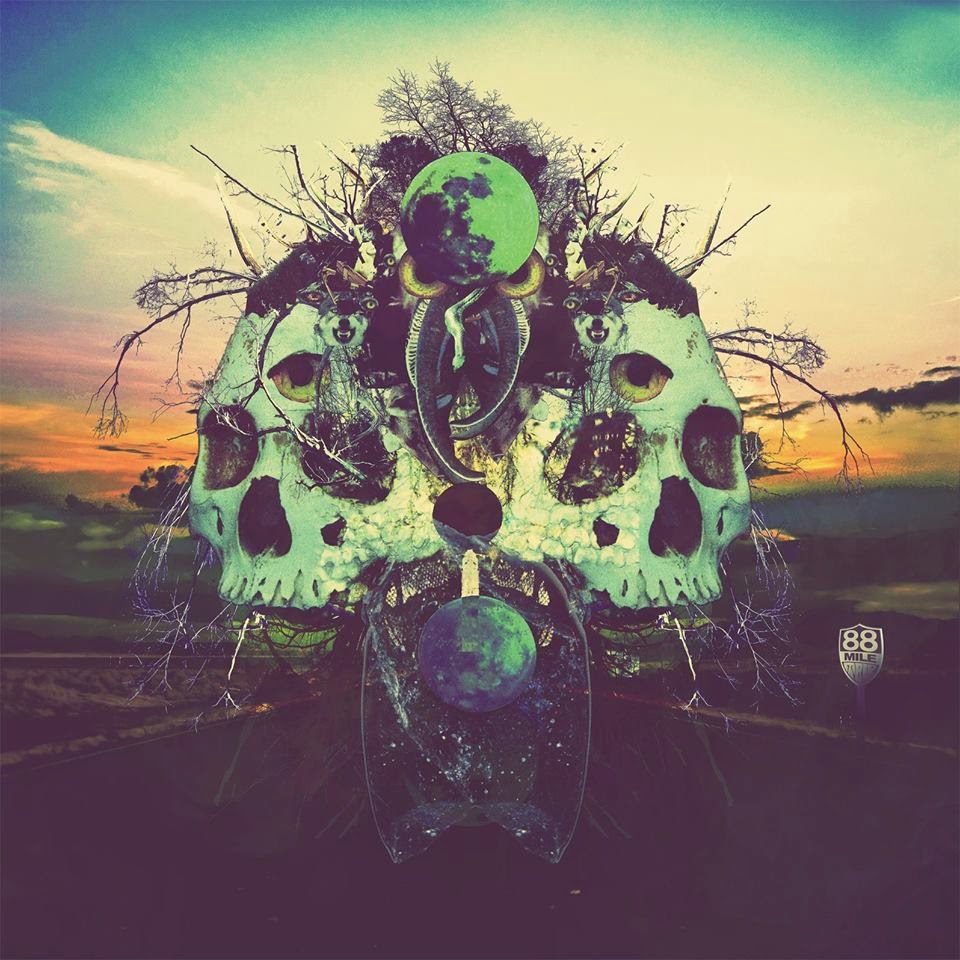 Back in 2013 I did my first review for Ride With the Devil, and it was for 88 Mile Trip's debut EP. Now, going on two years later, some of my favorite Canadians have let me in on their brand new album "Through the Thickest Haze". It's one of the best things going in stoner rock right now, even if you haven't heard of them yet. Overall, you immediately can tell the band has found their groove, grown together and even further nailed down their individual crafts since the EP came out. To me, the vocalist has made the greatest improvement, really settling down into his style and owning his huge dynamic shifts with authority. The guitars are still fuzz masters, but just a little less often this time around it seems, opting for using some newer but still cool tones. The drums are still banging along, hitting all the right spots. The bass makes good use of the mids, really giving some head on punch to the low end of the spectrum. With "Through the Thickest Haze" bringing on nine new tracks, I've been having a lot of fun with this album, blasting it just about everywhere I happened to of been the last few weeks. While any of the songs could serve as my favorite of the album, "Burn the Saints" grabbed my attention on the very first spin. With a fuzzy blues guitar opening, it takes a few moments for the band to fall in, joining with the other guitar's southern scream, and the bass and drums locking down the low end groove. The track ebbs and flows over the course of almost eight minutes, returning to the song's original "Kyuss meets Lynyrd Skynyrd" styled riff for another go around after the half way mark. The second half is a lot of jamming and a screaming guitar solo once you let it really get going. While the album isn't out for public consumption yet, I've added a video of one of the new songs, and you can always head over to their bandcamp and get acquainted with their EP while you wait for the new album. Be sure to check back in with us, as we'll have all of the details for you when the album goes live.
~Skip