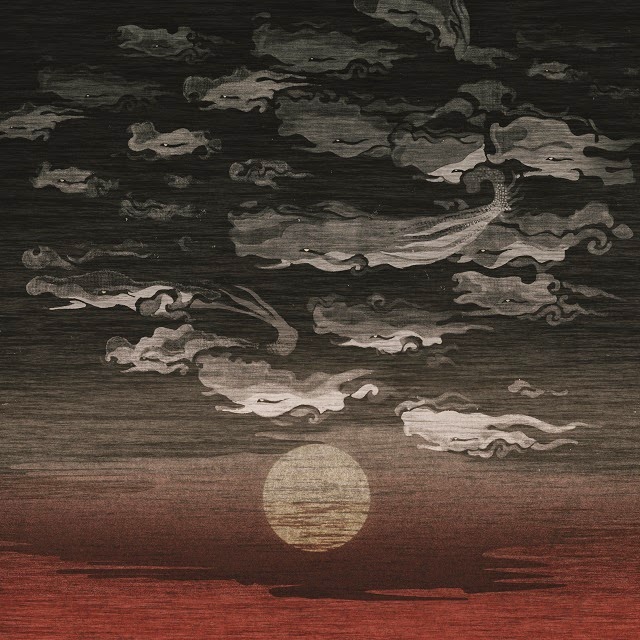 Breaking out with their self-titled debut, the Finnish crew of Sata Kaskelottia have come out swinging with rough and gruff rock, delivered in their native tongue.  The stomping tempos and savage rhythms fuse well with the large-sounding and well-produced songs, and there's enough bar rock grit to keep things feeling authentically crusty in between high-speed rips from the guitar and drums.
Not being too conversant with the Finnish language beyond the occasional Fingerpori comic strip, I'm in the dark as to what the lyrical content is (although the words 'samurai' and 'zombie' pop up in a couple of track titles to lend recognizable elements).  Despite that, the earnest rock attitude comes through loud and clear, and with an enjoyable variety of vocals, the band is able to switch from yells to cleaner singing without missing a beat.  Sata Kaskelottia is able to work that same sort of magic with the music itself, though they do favor the harder stuff.  That balancing act seems to come through most clearly towards the center of the album, where "Veden Alle" and "Kyntö" hit some very sweet spots of combining the two extremes, before driving back into aggressive material for the rest of the songs.
It's a respectable first release, with a very strong voice for the styles that interest the band, though there are a few hints of ways in which they might expand their scope.  If you like your rock to blend tradition with more modern flavors, go ahead and try out some Sata Kaskelottia.
~ Gabriel