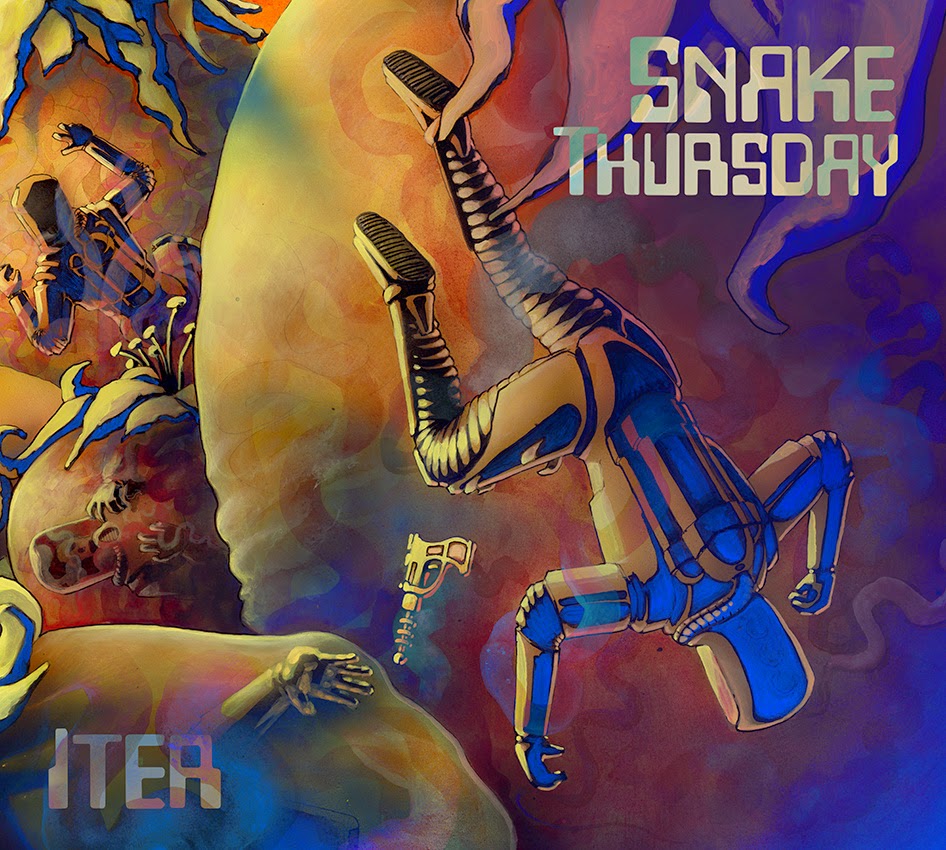 After making a strong impression with their 2012 debut, Cruise Mode, the Polish desert rock group of Snake Thursday is back once more with plenty of fuel for their continued trip.  With fuzzed-out guitar and slamming bass, their new batch of songs thunders along like an eighteen-wheeler stocked with the greatest dirty rock hits of the last four decades, visiting new locations while staying true to their roots, and generating plenty of smoke and rumbling noise in the process.  Snake Thursday have tapped into a real sweet spot between their own flavor and that of more traditional heavy rock, making this one sure to please fans of the genre in any form.
Picking out favorite tracks is difficult, since it's so tempting to just point to the album as a whole as an answer, but I've got to admit that the quick, concentrated get-down dig of "More Than Human" had my tongue virtually hanging out in admiration of Snake Thursday's style.  Whether they're stretching out some guitar licks or plunging into convergent riff intensity, the band knows how to work their instruments into a near-psychedelic lather of bluesy grooves, hard rock with the cheese carved off, and bleary effects-driven washes of ear canal-drenching delight.
Thanks to a firm grasp of how to ramp up momentum over the course of the album, Snake Thursday manages to keep things hopping right through to the end, with the 10-minute "Cosmogonist's Apprentice" delivering a toothsome finish to the headlong rush.  Another retroactive inclusion for the 2014 Top 20, for sure.  I was a little surprised that the album's not already out on vinyl (you can currently get a download or one of the 500 CD copies directly from the band), but I fully expect one of the savvier labels to license these guys for wax release before the year is done.  Turn your ears to Snake Thursday, sit back, and enjoy.
~ Gabriel