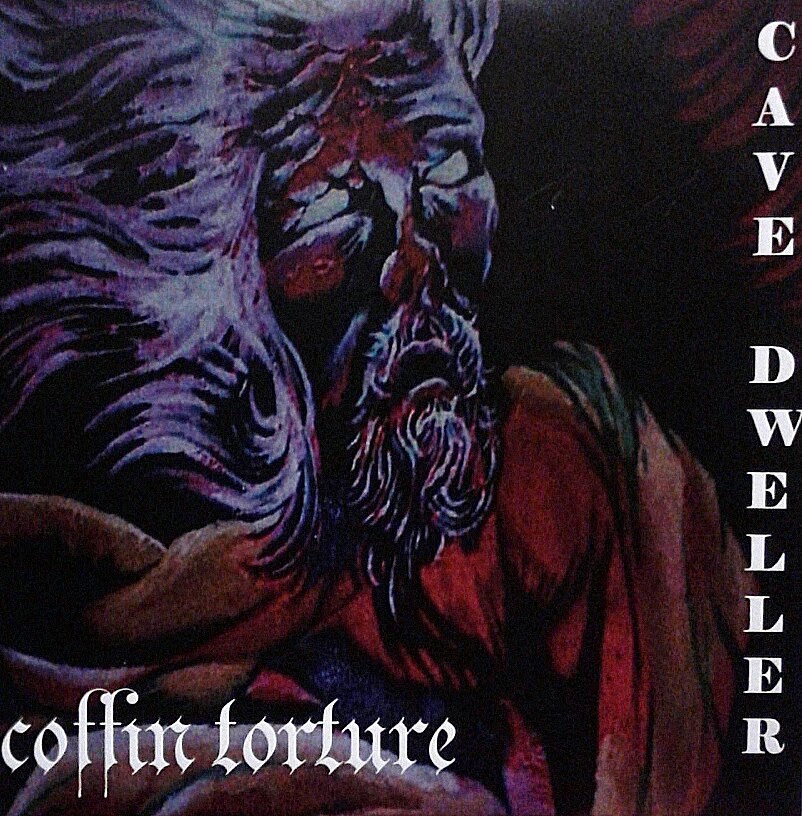 Coffin Torture are a relatively new name in the southern doom sludge circle, but the duo has more than made up for it with a blizzard of releases unleashed via BandCamp this past September.  This EP was recorded in 2012, and according to the liner notes, it's a concept release about "the first man to discover opium."  With a set-up like that, compounded by the heavy atmospheric freak-out of the opening track ("HUL GIL"), the band has their work cut out for them, but thankfully, they deliver quite capably on their opioid promises.  The first of the two 'full' tracks shares its name with the EP's title, vomiting up fuming sludge of a truly malignant bent, rumbling and growling from start to finish.  It rolls right into "Bolted Down, Boiled To Grease", a similarly noxious track that boils with barely-contained sickness; in other words, a great bit of sludge.
Things are wrapped up with something of an outro track in the short "Echoing Lifeforms Beneath The Surface", which is filled with the sounds of a dripping cavern and the unseen, unseeing inhabitant.  It makes for a strong exit from the narrative, allowing Coffin Torture to really cap things off with a commendable cover of Iron Monkey's "Web of Piss".  Overall, one great sludge EP, well worth checking into for any fans of the style at its meanest and dirtiest.
~ Gabriel