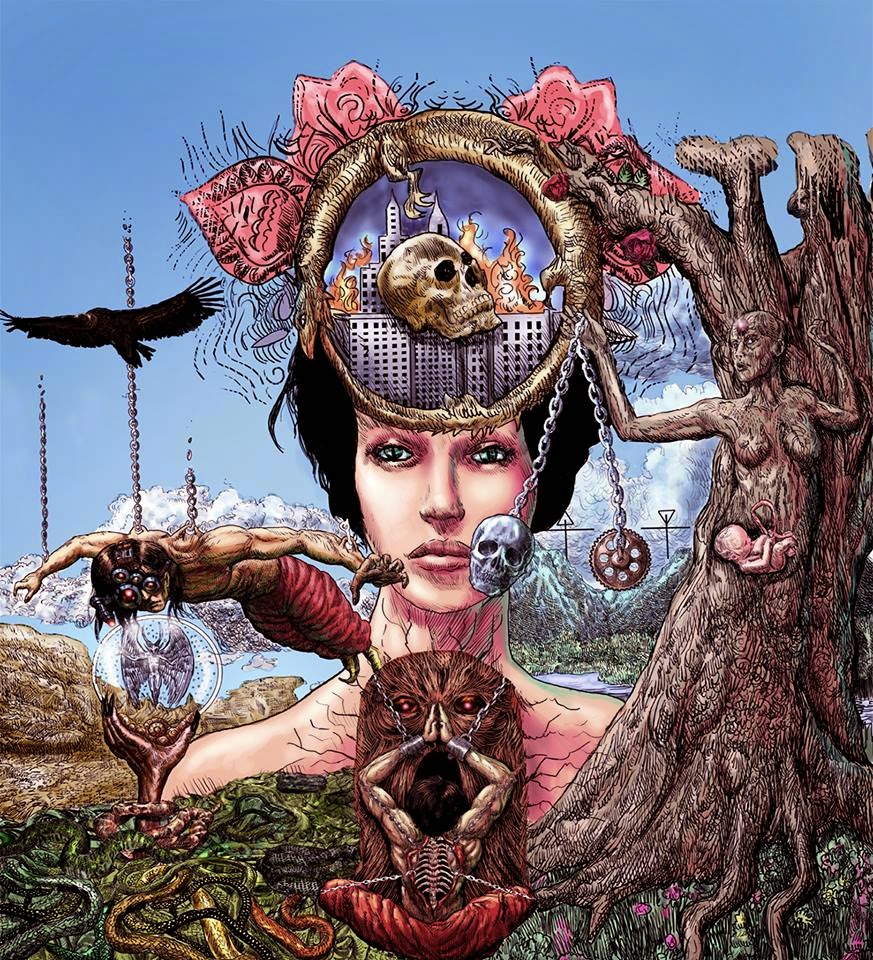 Back in 2010, Lucuma released El No Tiempo, and now the Argentinian gang is back to rock your eardrums once again.  The new journey begins with "Omnicronía", a sharp-edged slammer that immediately establishes the group's powerful style.  Mixing hard rock's dynamic approach to guitar and drums with psych and prog rock's inventiveness and technical prowess, the band performs a dizzying balancing act between rampage and rhythm, curling in tight patterns before exploding into big stretches of blistering grooves.  Song after song bursts with rich flavors and intricate song-writing, carrying the album with a victorious confidence and high quality from front to back.
There's not a weak track to be found, and while the basic style ties things together, each one plays about in its own realm of skull-rocking stomps.  The time put into practicing, playing, and perfecting the music of Destruye La Ciudad Psicológica really shines out of the final product, absolutely qualifying it as a retroactive Top 20 Of 2014 entry.  If you've got any sort of fondness for rock, then get over to Lucuma's BandCamp page and throw them some money (how much is up to you) for a copy of this great album.  This feels like one that will be picked up by a smart label in a few months for a vinyl release, so go ahead and get yourself familiarized with what will be snapped up in short order as soon as it materializes in physical form.  Hail Lucuma!
~ Gabriel