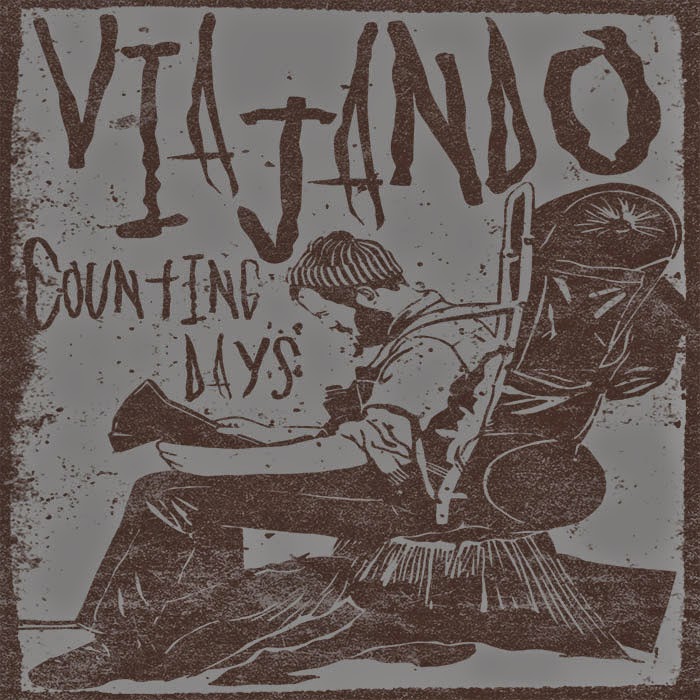 Though they used to go by the name Stone City, this band is now known as Viajando (a move that probably helps cut down on booking confusion).  Here with their first non-demo release, they've put together hard rock with a focus on energized guitar and driving vocals.  Their drummer's no slouch either, as he kicks in with plenty of force to push the songs along.  While I'd personally like to hear what the band could do if they blunted their edge with some more stoner rock or NOLA sludge influence, their branch of hard rock is a fun avenue to take, with plenty of liveliness helping them rise considerably above the average mic-clutching, cargo-shorted personality too many of the genre's modern bands seem to idolize.  There's more warmth and earthiness here, a better sense of care for what the trio of musicians spend their time putting together, and the songs are all the better for it.
While there's no CD, cassette, or 12" release announced yet for the EP, you can grab a download from Viajando's BandCamp page for $5, and snag their demo for free while you're at it.  Time will tell how the band's sound evolves from this point forward, but they've got enough fire, skill, and reach to turn out something interesting in whatever style they choose.
~ Gabriel

For Fans Of;    The Scimitar, Municipal Waste, Hossferatu, Buitre Humano, Kingdom Of Sorrow