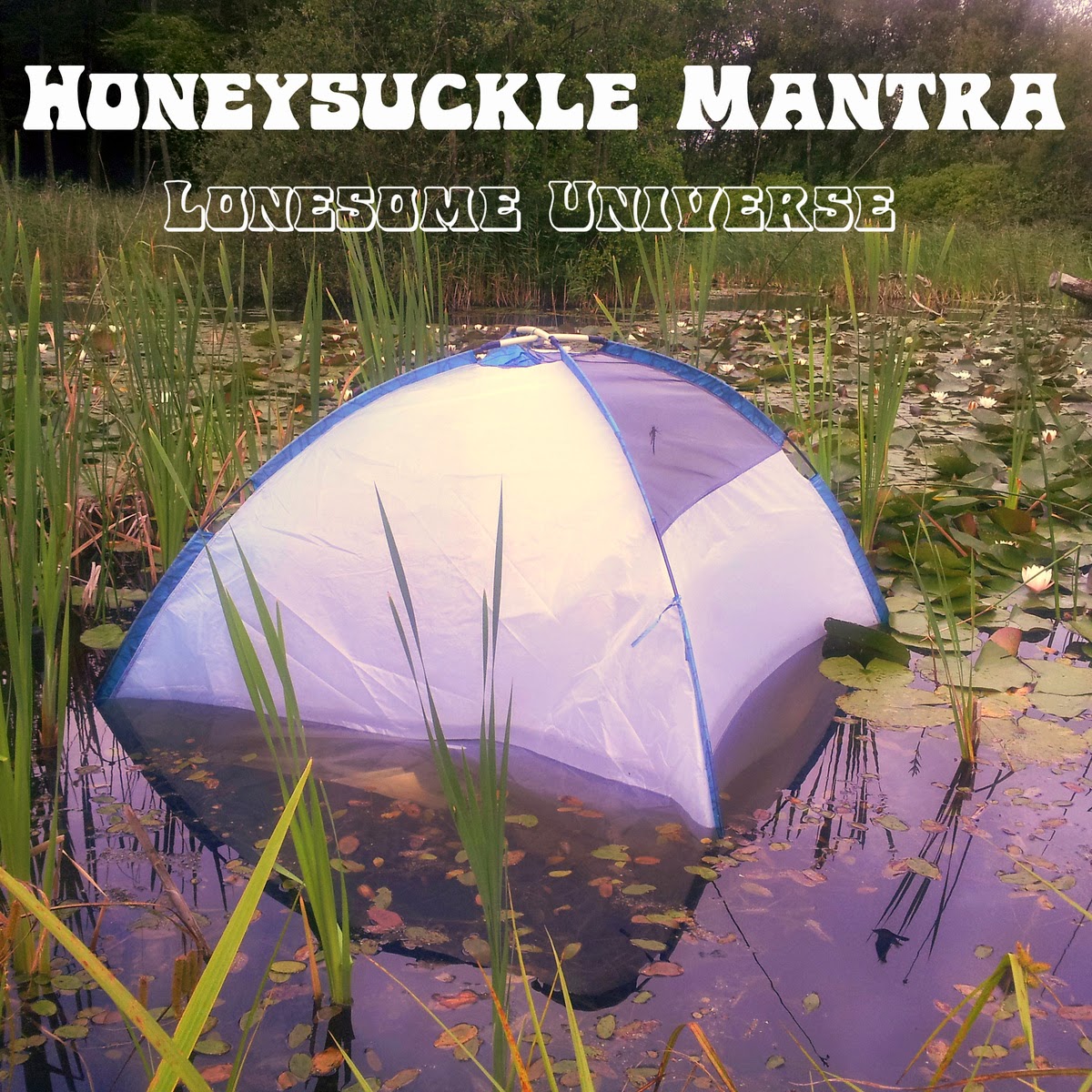 Lonesome Universe is the first release from one-man band Honeysuckle Mantra, who assembled the album in a truly old-school fashion: one track each for guitar, bass, and drums, and no overdubs.  The music resulting from this dedication is faithful to the flavors it channels from the '70s inspirations, though they're filtered through a more modern emphasis on bass presence and semi-grungy grooves, and it emerges with a refreshing naturality that comes across as more heart-felt than the majority of modern heavy rockers.  That approach also allows Honeysuckle Mantra easy fluidity with the moods and melodies, most strongly evidenced in the times when things slip smoothly into a drifting, dream-like stream of output (shown early on with "100 Years" and "Bell").
While fully capable of crunching out the harder and heavier stuff, Honeysuckle Mantra's music has an uncommon amount of good-hearted sweetness filling its spaces, though not so much as to destabilize the album's flow.  There's vulnerability blended in with the humming stringed feedback, and enough humanity to make the use of past styles land as real fondness for the bands of yesteryear, instead of another one of those calculated cash-ins on trends that have become increasingly common over the past few years.
In short, this is an album that seems meant for those who are more than happy to get their fingers dusty picking through heaps of vinyl in search of gold.  There's a nice show-casing of Honeysuckle Mantra's skills and character, and having shown his chops with the recording set-up pulled from the past, a little extra studio work wouldn't be too shocking a change for the follow-up, now that the foundation's been set.  So go on, get in touch with your own Lonesome Universe, and take it easy for a little while.
~ Gabriel

Honeysuckle Mantra - Give It All Away (320 kbps)