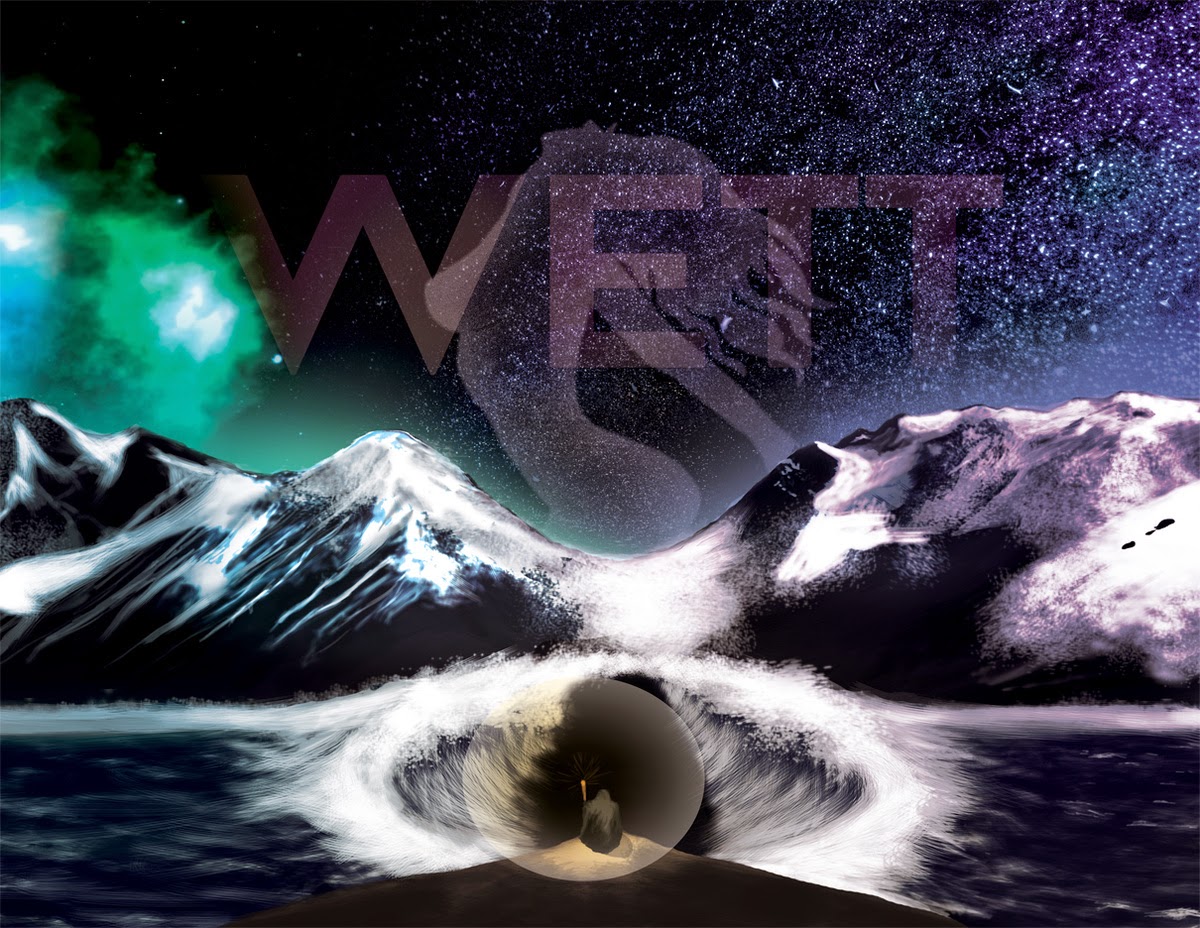 Bringing together two UK bands, this split starts off with William English's "Tongue Of Ox", a nice slab of sludge leaning towards the more primal side of things.  Shrieks, growls, and gargling howls make up the vocals, while heavy riffs are provided by the bass, the drums crash down with aplomb, and the guitar cuts like a serrated shiv.  Was it coincidence that a siren wailed past my place shortly after putting the split on for the first time?  Well, yes, but coincidence of the best sort, as I actually had to do a double-take to figure out whether it was part of the song or not.  William English caps off their hard-boiled start with a 2-minute follow-up, "Crawdad", which flies off the handle from the start with a kicking drum riff, before the other instruments are poured into the mix for a volatile cocktail that goes down the hatch to leave a burning sensation behind.
Three Thrones' half of the split comes in the form of one long track, "Bastard Magic", in which they dip further into the doom influences of sludge.  After some extensive riff-trawling and leisurely guitar scraping, they break into a rolling groove that grows and grows, twisting into meaner forms as the song proceeds through stormy aggression and darkened tones.  Three Thrones chose to omit vocals for their contribution, something which (along with their musical style) makes for an effective complement to the rage of William English's half.
Together, WETT is an effective pairing, with a lot of style to their filthy sounds.  Both bands should be proud of what they've accomplished here, and if you're in the UK, you should check into catching one of their live shows as soon as you can.  Give these groups some support, grab yourself a copy (available as regular downloads or limited edition CDs), and let their sludgy goodness liquefy your insides.
~ Gabriel