Staring Down A Bear... 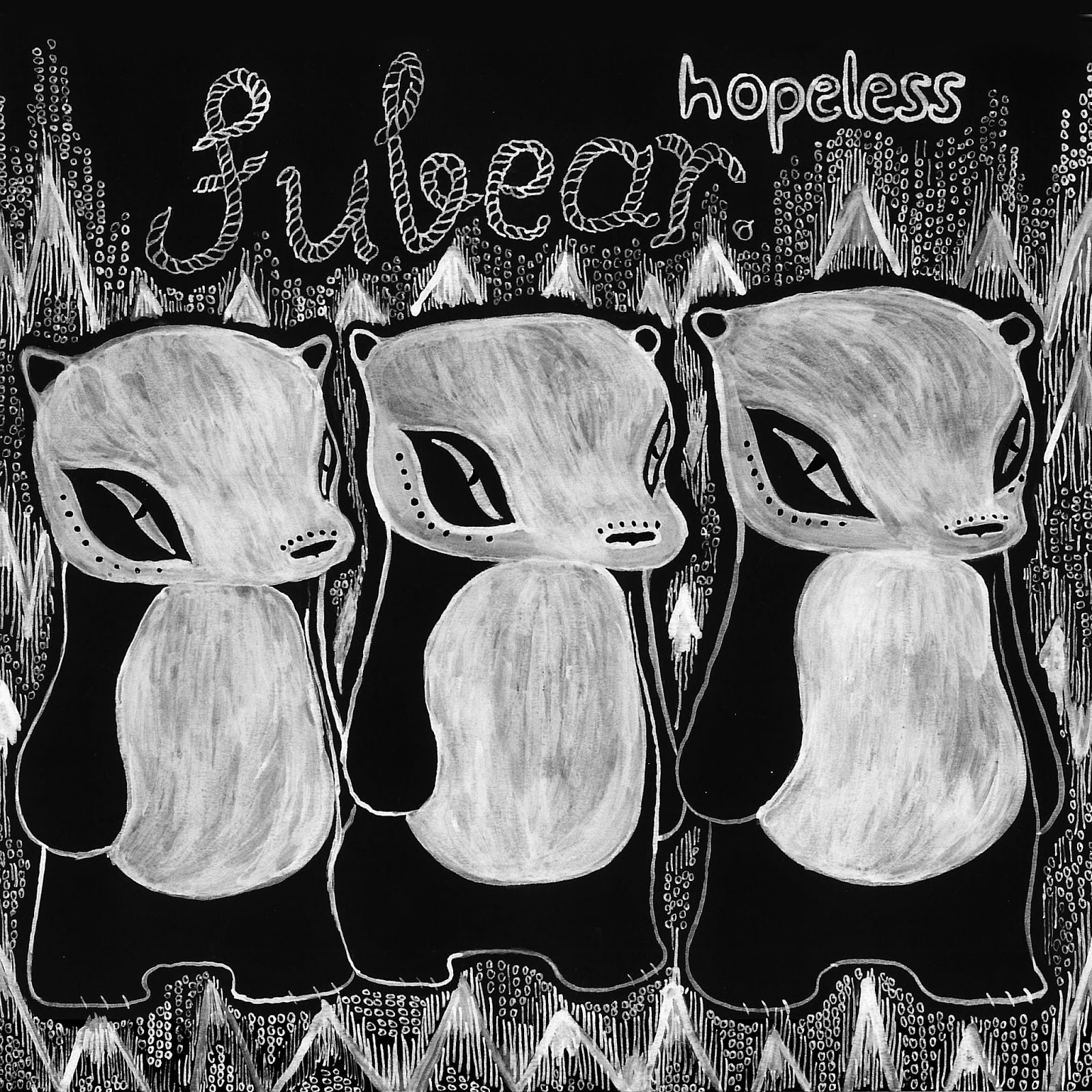 With two years of touring to hone their skills since the release of their first EP, fubear. are back with a follow-up, sounding heavier than ever.  The Finnish group opens up with the title track, a smooth blend of doom and desert rock which alternates between vocals that aim for the sky and the drums driving the song back into the ground.  There's some great wild rocking going on, with the feedback burning hot, and it makes for a stand-out opener to the band's new chapter.  After that, it's on into "Lords of the Frail", with the doom dropped out in favor of an almost alt-rock switch-up, though here too, they bring the percussion and bass in with enough force to dispel any illusions of softness.
"Children of the Wasteland" serves as the EP's center track, with fubear.'s focus moved back to the sounds of the desert, a sturdy fuzz riff pushing things forward through the song, and a freak-out break-down at the end.  "Oceans" maintains the groove, mellowing out just a bit to capture the drifting vibe implied by its name and showing off some very tasty tone-work in doing so; it's a tough call between this one and "Hopeless" for my personal top pick from the EP, but the care taken in the minute-long effects stretch at the end of "Oceans" helps clinch it.  Lastly, "P.F.I.H" sees things off with the band just having a good time rocking out in the studio, getting down with some old-school grit.
Altogether, it's a nice burst of flavors, varied enough to keep your ears engaged, but compact enough to leave you wanting more.  The EP's currently only available in digital and CD format, but I wouldn't be at all surprised to see this surface on a lush 12" in the near future.  Fun and toothsome, these guys are going places.
~ Gabriel