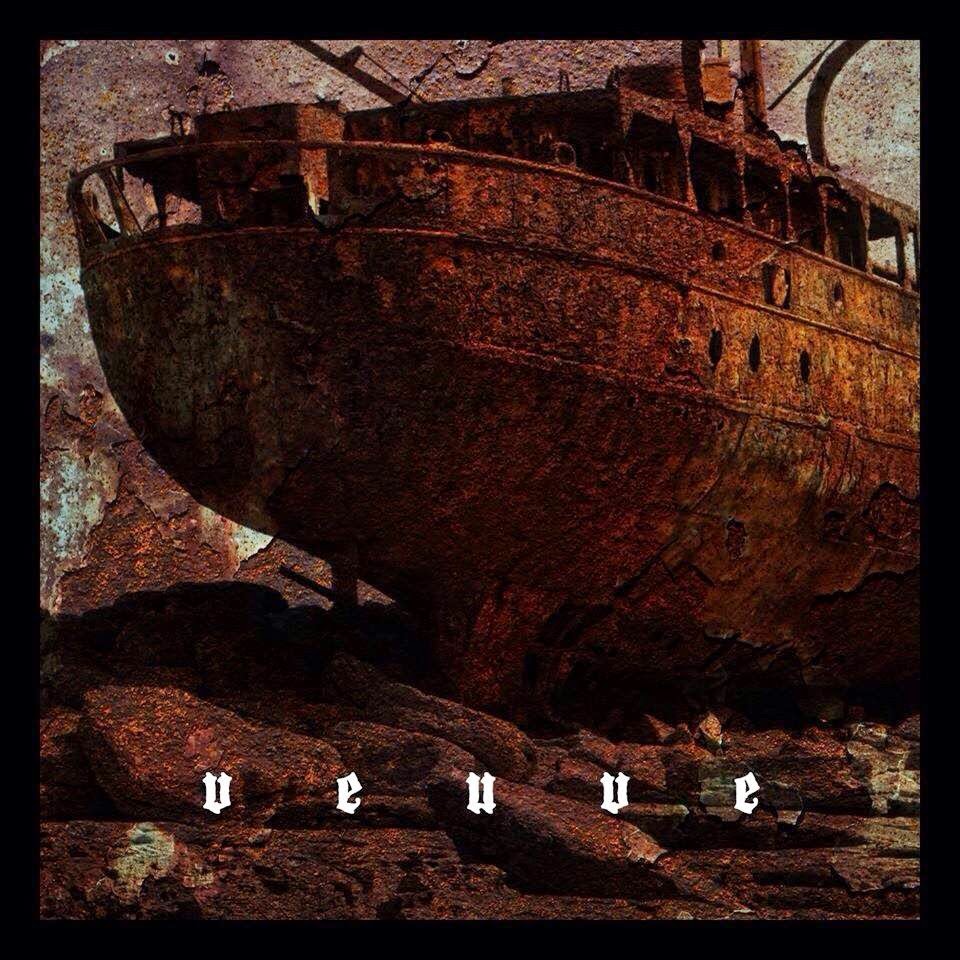 Veuve are a new band from Italy, here with their debut EP, and on it, the trio pour out a few barrels of sludge mixed with the more laid-back attitude of stoner rock.  Starting off with the lengthy "Private Drowning", Veuve grind out bass riffs and slow drum propulsion, bringing in a truly dirty-sounding guitar for extra effect once the basics are set, and keeping up a good stomping pace for most of the song.  The style set by the first track remains the standard for the rest of the EP, with leisurely pacing and some tasty guitar embellishments riding over regular bass hum.  There's not much in the way of earworms, but the material is played with enthusiasm and a promising dedication to keeping things going once they get the ball rolling.
As a first step for the band, it's decent, but my main complaint is that they don't get wild enough with it.  It feels like the band is having a difficult time balancing their influences, as the guitar solos rarely make the leap into imaginative finger-shredding or sweet tonality that you might hope for from the stoner rock elements (although the short 'n' sweet jamminess of "Dov'eri Tu Vent'anni Fa?" shows that they've got that potential, when they don't overthink or over-extend the songs), and they don't really do enough wallowing in filth or feedback to hold on to the sludge fans.  Veuve might be best served by dropping the more repetitive, drudgy sludge side of things and fully embracing the warmer grooves they have lurking under the muck, as it's the moments where they seem like they're having fun (instead of putting on a dour front) where their music seems to really come alive.  All in all, despite the rough edges, it's not a bad start, and the band shows enough sides to their musical personality to suggest that it would be worth the time to keep an eye and ear out for further developments.
~ Gabriel