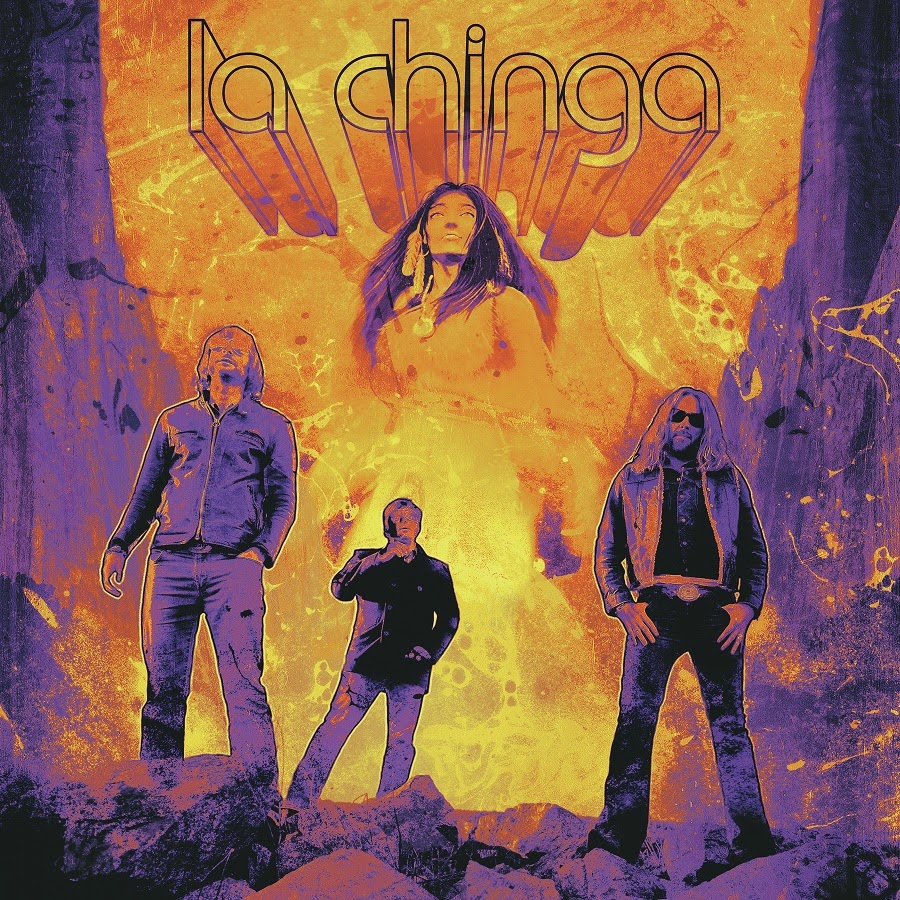 La Chinga's self-titled debut has been out since 2013, but with a recent vinyl release from Kozmik Artifactz, it seemed like a good time to revisit these Canadian rockers, particularly since the track-list has been slightly adjusted for the wax arrival.  If you're not already familiar with the group, three words will give a good idea of what to expect: heavy hard rock.  With strong influences from the likes of Led Zeppelin, Deep Purple, Thin Lizzy, and Dio, the group pays homage to the greats of yesteryear while revving up their own riffs and ruckus with smiles on their faces and shakes in their hips.
While the group channels their musical ancestors, they're also hammering out their own anthems, with songs that let you imagine the crowds at live shows moving to the rhythms, lighters in the air, familiar from the word 'go'.  It's a faithful cross-section of '70s rock, from the tambourine to the harmonized vocals, though it leans more towards the bands that played arenas than the ones in smoky bars.  In spite of that, there's an endearing earnestness to La Chinga's performance, one that lets you know that they're clearly not faking their affection for the style.  If you're enjoying the backsurge of bands reanimating this particular branch of rock, you'll want to snag yourself a copy soon, as they're already at dangerously low inventory levels.
~ Gabriel