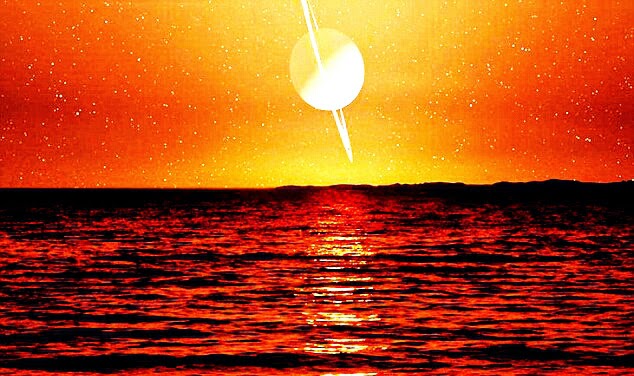 Oceans of Titan are a new Chicago-based band, formed from the remains of three other bands (though which three those might be remains a mystery).  Their first release to the public is this practice session, which features four full tracks in rough form.  The first of these, "The Revelation", revolves around a meaty main riff, adorned with keyboard embellishments, guitar grooving, and strong playfulness from the drums.  The band flows smoothly from that opening into "Burning Dust", showing more desert rock flavor in its laid-back cruising before cranking up the heat as they carve into heavier sound.
"Son of Neptune" continues the session, dragging the stoner flavor further into hard and heavy territory, getting more intricate with the guitar, and generating a dense atmosphere.  It's also the first one (as far as I could detect) to incorporate vocals, though they remain muted in the background.  Lastly, "Beyond the Path" rolls like a tidal wave, picking up momentum before crashing into closing.
As a glimpse into the band's studio practice, the (album? EP? whatever) makes for a nice teaser, showing the band's proficiency with blending elements, their fondness for heaviness, and a strong rhythm section to keep things from being dragged down by their own weight.  There's also the demonstration that the band can easily handle long tracks, as the shortest one to be found here is over 7 and a half minutes, and their skill at putting together riffs which can handle those durations.  All in all, it's a very promising dive into the Oceans of Titan.
~ Gabriel