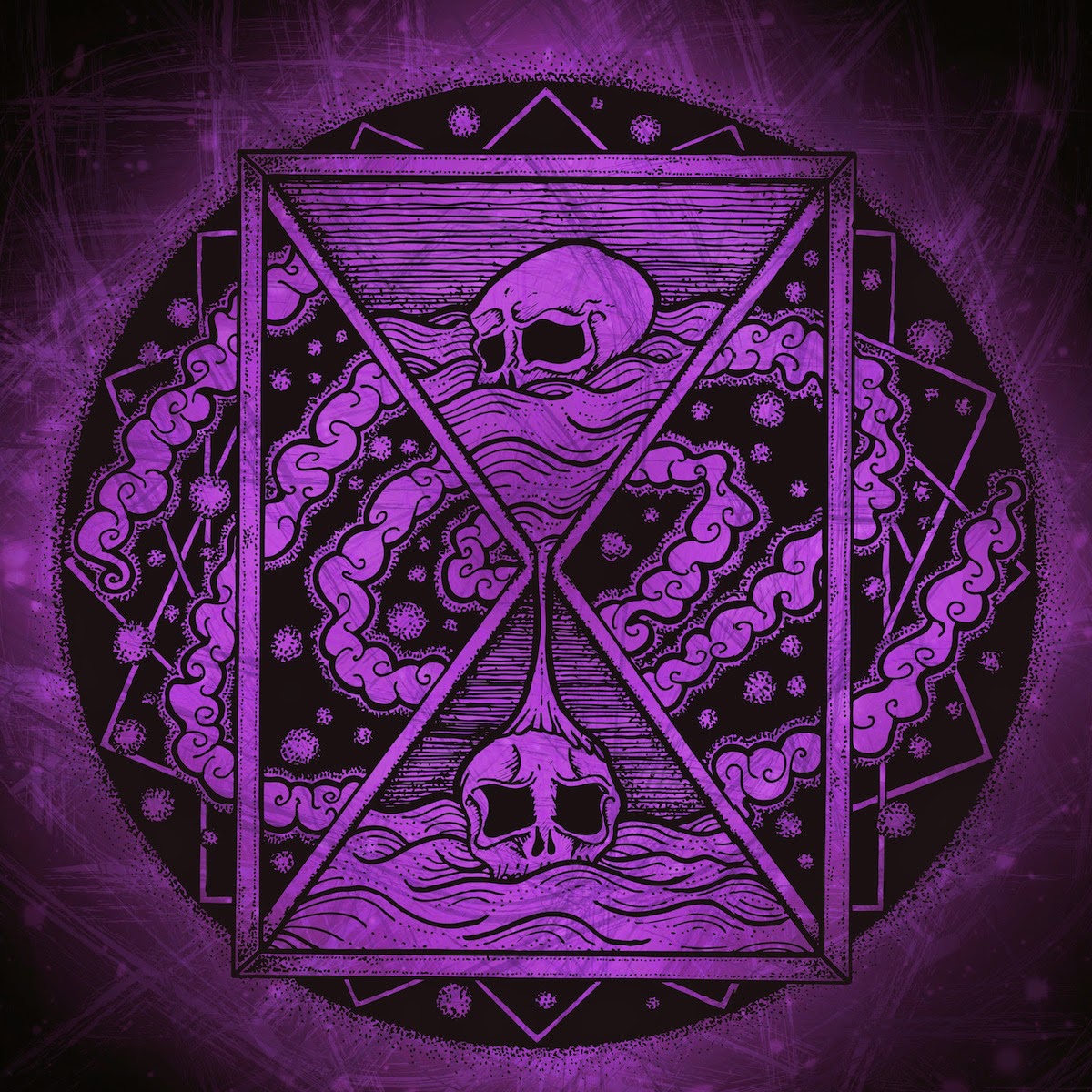 Here with their first EP, the three-piece of 10,000 km² gegen die Zeit (or ZQKMGDZ for short) have assembled four tracks of cosmos-crawling psych metal, blending big bleary-eyed tangles of sound with tight percussive focus for a wave of slow-rolling vibes that reach out past Pluto for their inspiration.  The music of ZQKMGDZ has been cooking since the band's original formation as a duo back in 2012, though the addition of their bassist in the following year doubtlessly helped juice up their treks into the more colorful regions of space.
All four of the songs to be found here bring the fire with enough feverish wildness to please even the pickiest fans of heavy psychedelic sound, with pedal effects, creative trips on guitar, and long-distance vocals twined together before being cut loose to rocket out.  The track names add to the sense of far-out fun, as the EP is populated with "Brainsnail Octopus", "Mammoth Manifest", "Ambrosia", and the 14-minute-plus "Astrosabbath", which does a very solid job living up to the promise of its name.
The EP will be available from Pink Tank Records in the near future, released in a limited edition of 75 copies on orange & black splatter vinyl, plus a poster for you to proudly display; needless to say, you'll want to act ASAP if you want to get your hands on one of these babies, or you'll be kicking yourself for missing out while you save your pennies for their next release.  Either way, wrap your ears around this and turn up the volume!
~ Gabriel