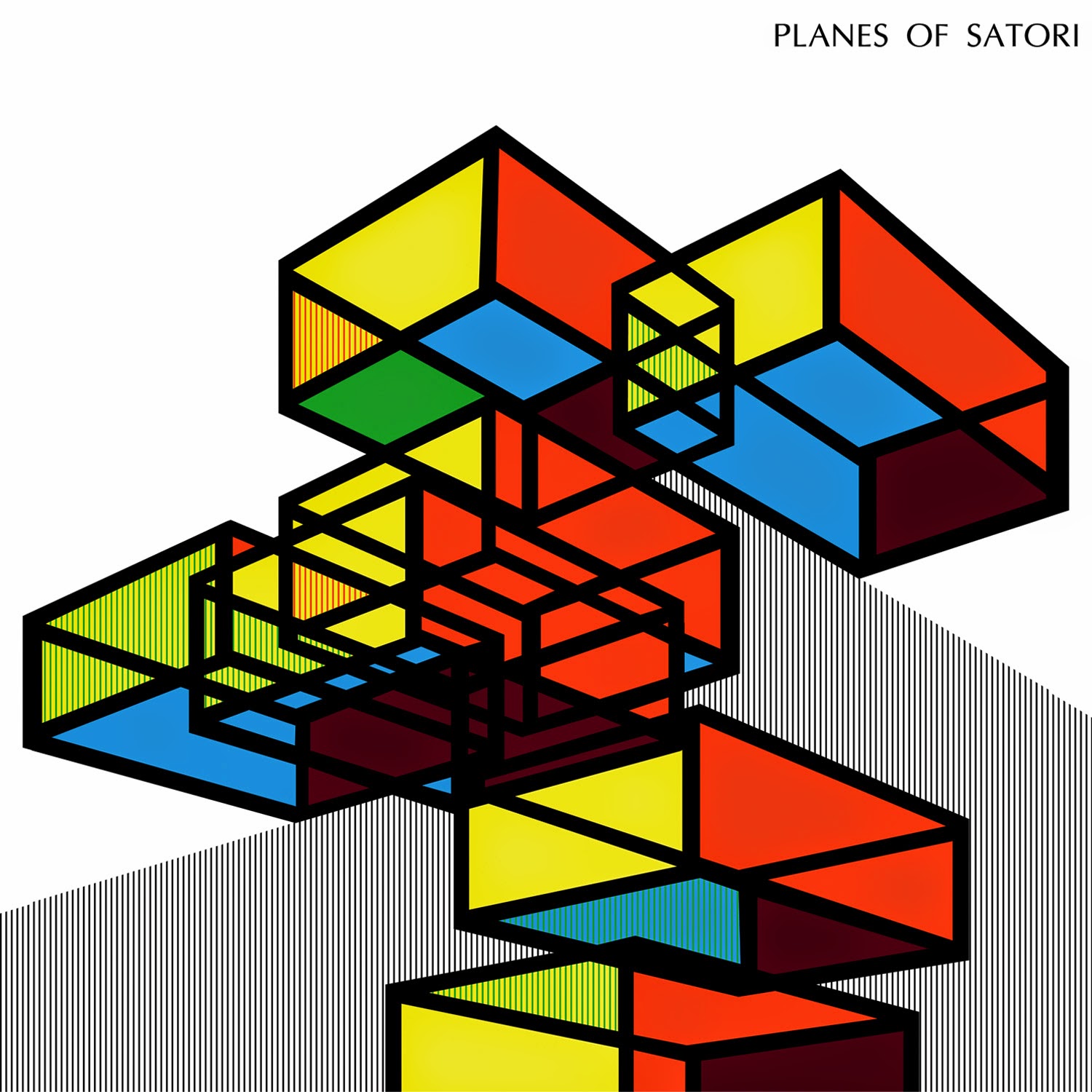 Planes of Satori's self-titled LP is also, as you might expect, their first full-length, coming on the heels of a warm-up 7" which emerged around this time last year.  The time since then has evidently been well-spent, as the music shows signs of the band's care in polishing up their sound and synergy, and in crafting deep and varied assemblages of off-beat, high-energy whirlwinds of funky tones and rhythms.  Trying to ID everything swirling around in this mix feels like a fool's game, but some of the most evident influences are the loose and jazzy technical style, some proggy jam indulgences, and psychedelic flavor grounded by the sensibilities of kraut-rock's idiosyncrasies.  The band shows their skill at swimming from tightly-regimented twists of nested rhythms into loose-flowing drifts of echoing delight, a style made all the more exciting whenever the fact that this is still just their first album leaps up to shake you with the possibilities for the future.
There's a lot on this album into which you can sink your teeth, but the band keeps a cool sense of fun engaged while churning through the styles.  There's no sense, as can sometimes happen with highly prog-driven material, of part of a song being there just so they could wrap up whatever math equation went into adding drum to bass to guitar et al.  The music feels organic and lively, and best of all, the band seems to be enthused and enjoying their complex work.  As I said before, the possibilities for this group's future are enough to make you shiver in anticipation, but putting this album on for another spin will warm you right back up in no time.
Who Can You Trust? Records is the label responsible for delivering this music to the world, in the form of 500 black vinyl copies.  Hopefully they've already got plans for a second batch, as I expect this will very quickly become one of those items that people tear their hair out in search of otherwise.  Don't suffer any hair loss yourself, get one ordered as soon as you can, and dig into some rich, awesome, and experimental rock.
~ Gabriel

Email ThisBlogThis!Share to TwitterShare to FacebookShare to Pinterest
Labels: Planes Of Satori, Psychedelic Krautrock, Psychedelic Prog Rock, USA, Who Can You Trust? Records