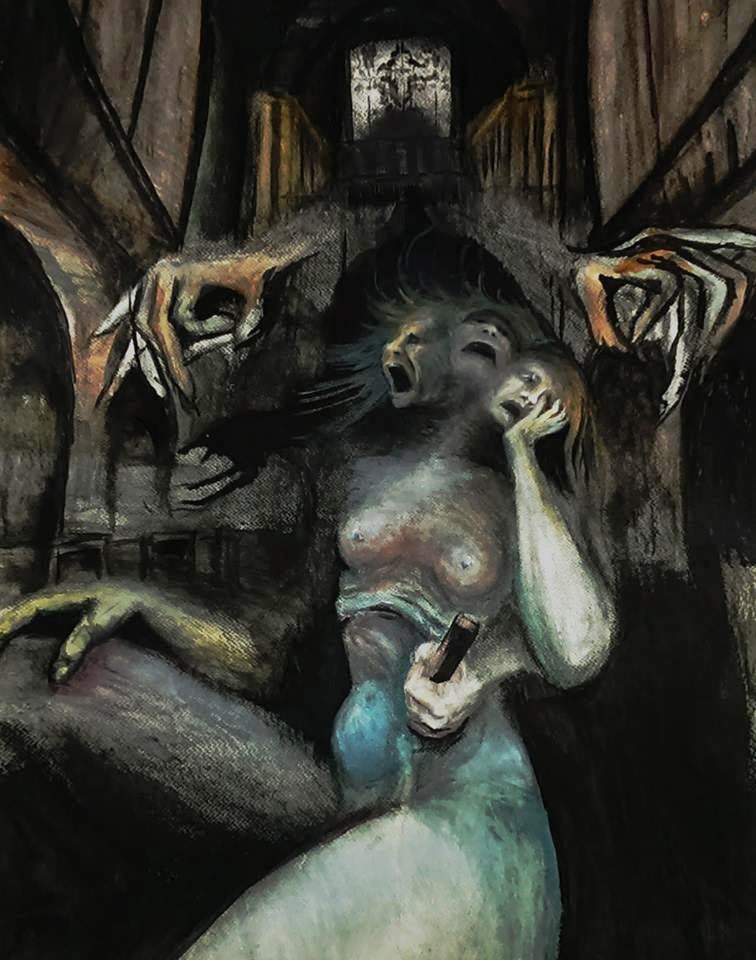 Formed from the line-up shake of a few different bands, Plaguewielder are a blackened doom sludge band from the wilder side of Ohio, debuting with this collection of dirty sounds and grandiose titles.  Beginning with "Commence in the Ritual of Death", Succumb to the Ash issues a warning growl of fuzzy feedback, untuned radio signals, and deep bass rattle, before howling out into the fuller sound that characterizes the rest of the album.  Some atmospheric interludes here and there (as with the ethereal "Beyond the Body" and its mate in "Beyond the Mind") strengthen the band's presentation of the moody grime and gloom that they thunder through in the other songs.
There's also an understated current of keyboarding on a few of the tracks, lending them an extra edge of electrical hum that juices things up without overshadowing the grit.  The drums pass through a range of contributions, from funereal slowness to full-steam-ahead thrashery, and the rest of the band matches that willingness to roam into fruitful exploration with a well-landed load of approaches.  It all comes to a finish with the last (and longest) song of the album, the dark exultation of "Offered Up to the Sky".  The band's done right by themselves for their first release, so stay tuned for further developments and news of when it lands.  Until then, you can enjoy the teaser tracks up at their BandCamp, though there will be plenty of surprises once you Succumb to the Ash in full.
~ Gabriel

Plaguewielder - Destined for the Dirt (320 kbps)